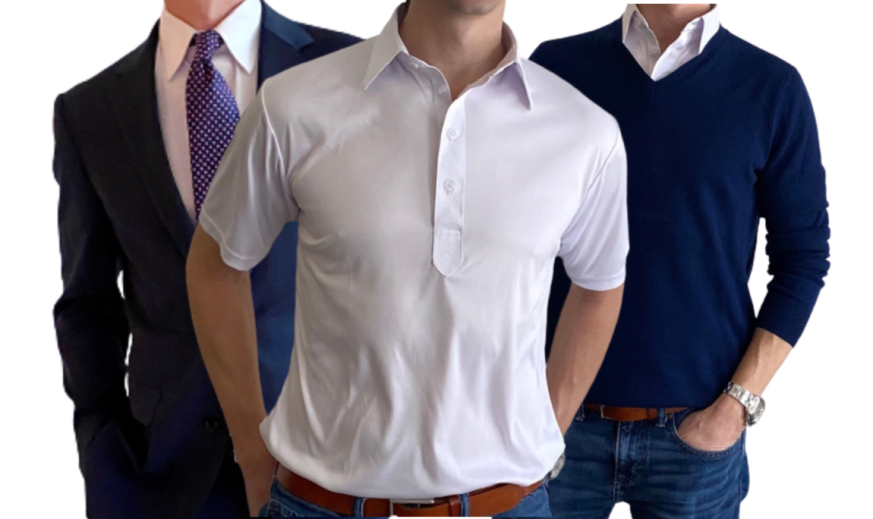 In April, Justin Baer posted a video on his TikTok, where he had almost no audience to speak of. The video showed him talking about the problem that inspired his brand, Collars & Co. — the annoyance of wearing a lumpy collared shirt under a sweater — along with a demonstration of his alternative.

The featured shirt has a dressy collar but a soft pullover body meant to look smooth and seamless under a sweater. Baer had only ordered a small batch of 500 pieces, not sure if it would actually take off. But the video went viral, being viewed more than 800,000 times. Within two days, the company had sold out all 500 pieces. Within four months, Baer went from buying 500 shirts at a time to buying 6,000 at a time. Soon, he said, he’ll be increasing those orders to 10,000 to keep up with demand.

Overnight, his brand had taken off. While ecstatic at the success, Baer had a problem: How do you rapidly scale up a brand to meet demand, when the global supply chain is ravaged? It was especially concerning, as he knew that even big brands with more resources were having trouble getting what they needed.

Baer found that the most successful way to get manufacturers and shipping partners to prioritize his brand’s orders was to be as timely and cooperative as possible. He said that, when he got an invoice for a sample or an order, he’d pay it and send it back within 10 minutes, rather than quibble over prices.

“I really wanted to show them that I was professional, that I was serious. And I think that helped a lot,” he said. “We also put in a pretty decent first order, in terms of size.”

After establishing a good relationship with his factory partner in Pakistan, based on the timely payments and quick sellout of his first batch, Baer said he hasn’t faced much delay in production, save for a small snag in the early summer that was related to Covid-19.

The real problem, Baer said, has been shipping costs. While he has been able to get everything he needs on time, it’s come at a huge expense. And, he noted, shipping costs keep on rising. One shipping container on a cargo ship that used to cost $1,200 is now going for more than $4,000.

“The biggest challenge is shipping, for sure,” Baer said. “Inbound shipping costs have doubled, even just since we started in April. That’s a huge factor in our margins, as you can imagine.”

The ballooning shipping costs is one that has affected many brands. Los Angeles-based fashion brand Monrow has seen its inbound shipping costs increase by more than 300% in the past three months.

“Shipping vessels, ports, and trucking companies are being disrupted by many factors, including the Delta variant. And the demand for everything keeps increasing,” said Michelle Wenke, co-founder of Monrow. “This leads to prices dramatically increasing to get goods shipped.”

The shipping costs are particularly daunting, given the expectations around the holiday season. For a new brand like Collars & Co., the first holiday season can help make or break the brand. With demand for Collars & Co. increasing by 40% every month, the brand is getting prepared. Baer said he’s been buying extra inventory every month and setting it aside for the holiday season, in anticipation of facing difficulties in getting what he needs when November and December roll around.

“It’s really hard to determine how much we’re going to need since we’ve been growing so fast,” Baer said. “For holidays, I’m just buying a ton, like four-times the [usual] amount. And whatever I don’t sell around holidays will, hopefully, just sell in February or even June. It’s a pretty seasonless product, thankfully.”