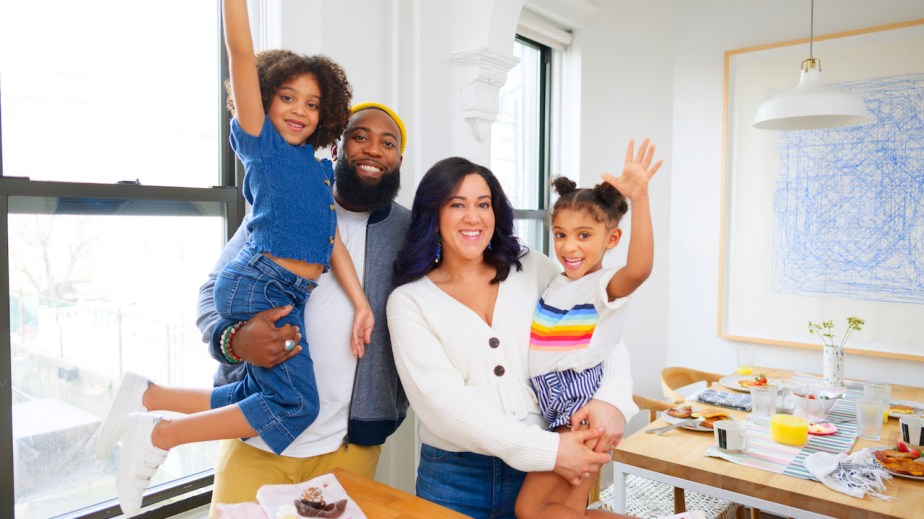 H&M wants to change its image. To become known as a more inclusive, family-focused retailer, it’s aligning itself with partners reflecting its priorities beyond trendy fashion.

On Thursday, the fast-fashion retailer announced on its social media channels its latest partnership: a one-year sponsorship of the newly relaunched and rebranded PopSugar Family. Formerly PopSugar Mom, the editorial site’s March 7 refresh is intended to speak to all parents and families, rather than to traditional families and moms alone. Biracial couples and single-parent families, as well as families with LGBTQ+ parents and grandparents acting as caregivers, are now represented in featured imagery and stories. H&M’s sponsorship lasts for one year and centers largely on H&M-branded native stories.

“We always want to be a welcoming brand, a diverse brand,” said Emily Scarlett, head of communications at H&M USA, of teaming with PopSugar Family.

Coinciding with the relaunch, PopSugar will release a library of images featuring eight diverse families through PopSugar PopStock, allowing other media outlets to pluck them for their own use.

Lisa Sugar, PopSugar’s founder and president, said the changes were driven largely by PopSugar’s evolution across sites. Though the company has always tended toward a female audience, its other verticals — including Celebrity, Fashion and Beauty — have become comparatively more inclusive environments, speaking to those of a wide range of sizes and skin tones, for example.

When PopSugar Moms started branching out to include a broader range of stories, like stories for dads (on topics like doing their little girls’ hair) and for women experiencing infertility, readers began asking for more of them. At the same time, Sugar and her team found there was a lack of fitting stock images available.

“By the end of last year, enough was enough,” said Sugar. “We decided to make the switch and also tackle the imagery, and we were excited to see that a lot of brands were interested in being a part of it.”

According to the company, at the time of the transition, PopSugar Moms was the No. 1 site in terms of digital unique views among moms ages 18 to 49, and it boasted one of the largest parenting audiences on Facebook. It declined to share specific reach.

For H&M, diversity in imagery is very important, said Scarlett. “It’s not just a question of one aspect of diversity, but it’s really looking at the totality of everything we do and making sure we see the customer, and the variety of customers, reflected in what we’re putting out there.”

The PopSugar partnership comes on the heels of the “H&M Loves NYC” campaign, which soft-launched with a full-page ad in New York Magazine on February 14. It features a diverse cast, including H&M staffers, reflecting on when they first became New Yorkers. The campaign’s imagery is now featured on six NYC buses, as well as digital signage at bus stops. It’s also set to take over a subway station near Hudson Yards, where H&M’s fourth NYC flagship will open next week.

“We’re really looking into: What are the feelings of the community and ways of engaging the community, and how can we speak to our different customers in different ways?” said Scarlett.

On that note, the company is also looking to engage with a new range of influencers, expanding beyond those strictly focused on fashion. “Mommy” and dad influencers, and influencers tapped into sustainability are being considered, as are celebrities with young families.

Scarlett said diversity and inclusion have been deeply rooted in H&M from day one. However, in January 2018, the company received great backlash for featuring a racially offensive image on its e-commerce site, of a black child modeling a sweatshirt reading “coolest monkey in the jungle.” Brand collaborator The Weeknd cut ties with H&M, as a result, and the company’s profits plunged 62 percent in the quarter.

In the wake of the mistake, Scarlett said, H&M hired both a global and North American inclusion and diversity manager to focus on the company’s ongoing commitment in these areas. It’s a common move among fashion brands coming under fire for racial insensitivity.

Scarlett declined to share what percentage of H&M’s sales are children’s clothing, but said there’s a lot of potential to grow the family business in the U.S. market. In H&M’s latest earnings report, in December, the company reported a 3 percent increase in global revenue for the first nine months of the year, to $16.9 billion.

For fashion brands, campaigns with bold inclusivity and diversity messages are trending. Nordstrom launched its “An Open Mind is the Best Look” campaign via a commercial that ran during E! News’ Oscars pre-show last month. On February 26, Coach released “Words Matter,” a short film directed by Spike Lee and featuring Michael B. Jordan, meant to showcase Coach’s values of optimism and inclusion.

This is not the first time H&M and PopSugar have joined forces — the two have been working together on various editorial and activations for the past three years, said Scarlett. But this partnership speaks directly to H&M’s current focus.

“We are really interested in this idea of looking at the family and what that means, and how we can become a part of the whole journey with the family,” she said. “And, of course, we’re interested in gaining some new shoppers in the process.”