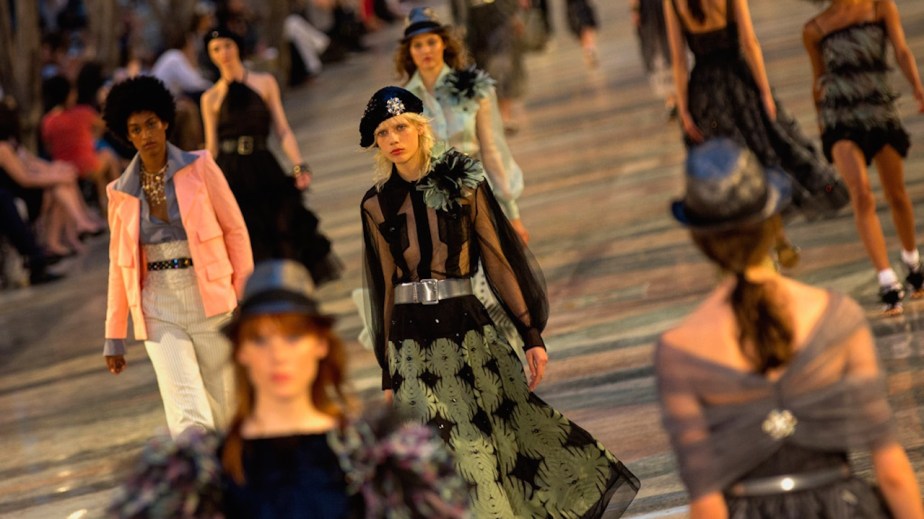 ‘He had complete control’: Why Karl Lagerfeld was the exception to fashion’s new rules

With the passing of Karl Lagerfeld, the world of fashion lost one of its most indelible personalities. In many ways, Lagerfeld shaped the brands he worked with, rather than the other way around. Today, a brand’s business objectives often stand in the way of a creative’s vision.

Lagerfeld’s room-filling personality was the subject of many retrospectives and obituaries when the news of his death broke Tuesday morning. He was notorious for his ease in front of the camera and how frequently he gave media appearances. For decades, the man Karl Lagerfeld was inextricable from the brands, like Chanel and Fendi, that he fronted. His personal aesthetic was a major factor in what the actual brand looked like. Women’s Wear Daily noted that Karl Lagerfeld either personally saw to or supervised nearly everything himself, rarely delegating any aspect of Chanel’s operations, even personally proofreading press releases.

But the era of the fashion designer as ultra-celebrity and driving force of the brand is ending, said some industry insiders.

“People often complained that Chanel was too much the same each year or that it was missing out on the zeitgeist,” said Stefan Siegel, CEO of fashion platform Not Just A Label. “But that sort of complete control, working every day from 8 a.m. to 5 p.m., completely hands-on, that’s what Karl brought to the brand. He was one of the last designers like that we will ever see.

“I think it will become more like music. I saw the new Freddie Mercury film, and I think someone like him will never happen again. Instead of a few mega stars, you have many, many artists with smaller but more dedicated followings. I think fashion is going the same way.”

There are a number of major designers who still have some form of star power. Alessandro Michele at Gucci, Virgil Abloh at Louis Vuitton and Hedi Slimane at Celine are just a few examples of designers who have shaped brands around their personal aesthetics.

Still, the role that a designer plays — particularly how their personal aesthetic plays into the brand — is changing, according to some industry insiders.

“I think we’re at a fork in the road,” said fashion writer Christina Binkley. “We have brands like Celine who went from one big-name designer to another and completely changed the brand. Hedi Slimane completely rebuilt [Celine] into his own image. It went well for him when he did the same thing at Saint Laurent, and it seems like it’s going well at Celine now. Then we have brands where the designers come and go, but the brands largely stay the same.”

While Slimane completely changed the brand, other designers have been less successful. Binkley pointed to Raf Simons’ stint at Calvin Klein — the overall look of the brand remained mostly unchanged throughout his tenure there and after. Simons’ departure was attributed to “differing creative visions,” according to Calvin Klein. After he left, the brand’s first campaign without him was highly reminiscent of the brand’s traditional aesthetics. The lesson is clear: Simons was not doing what the brand’s shareholders on the business side wanted.

This shift ultimately comes down to the relationship between the artistic and business sides of a fashion brand. Where once the designer was the ultimate arbiter of what a fashion brand’s identity was, now the business side typically plays that role.

“It’s easy to forget [how things work]. We get so excited about designer shifts, but not about CEO shifts,” Binkley said. “Most people could not name the CEOs of the big brands, but you’d be hard-pressed to find a truly wildly successful brand now that isn’t a partnership of the designer and the CEO. Gucci is a great example of that. Alessandro is extraordinary, but I don’t think there’s a whiff of a chance of that success without Marco Bizzarri making sure things were going well.”

Chanel’s CEO Alain Wertheimer allegedly told Lagerfeld that he did not like what Chanel was and handed Lagerfeld complete creative control over shaping the brand when he joined 30 years ago. “They allowed me to have a contract to do what I want, where and when I want,” Lagerfeld reportedly said.

The era when the designer was in complete control of a brand’s aesthetics seems to be coming to an end. Lagerfeld’s outsize personality and exacting control over every visual detail of the brand may have been the last and most notable example of this specific type of designer-controlled environment. As fashion brands evolve into massive commercial juggernauts, the dominance of the business side will likely continue, according to Siegel.

“The big question is: Do we live in a world that is driven by merchandising or by designers?” Siegel said. “Do we have a top-down approach of the designers making all the decisions, or a bottom-up approach, where what merchandisers and shareholders want shapes what brands make, and the designers have to react to what sells better in different markets? Most designers design what the merchandiser wants.

“When you are reporting to shareholders, the numbers and the money you make in the next three months, that’s all that matters.”