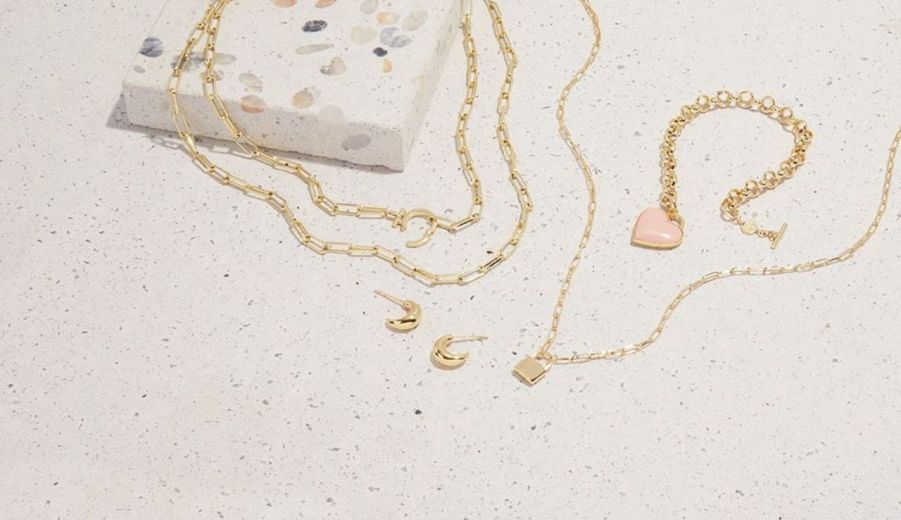 The past few years have seen DTC brands in an arms race of valuation, where VCs and investors have pushed for faster and faster growth, often at the expense of long-term sustainability and profitability. But the pandemic has changed that, according to Gorjana Reidel and Jason Griffin Reidel, co-founders of jewelry brand Gorjana.

According to them, the pandemic has forced them back to a mindset reminiscent of their early days: Focus on profitability, focus on right now, and worry about growth and the future when the time comes. Speaking to Glossy’s editor-in-chief Jill Manoff on the latest Glossy Plus Talk, the co-founders said that refocusing has been extremely helpful in weathering the Covid-19 storm.

Profitability over growth
For Gorjana Reidel, the pressure to grow at all costs has been mounting for DTC brands. She pointed to companies that get huge valuations, driven by big rounds of fundraising that never reach profitability.

“There’s an immense pressure and falsified growth out there,” Gorjana said. “You read articles about insane growth rates and valuations, and you feel like a failure if you’re not hitting that. Wrong. You need to make money. You need to be profitable. If you have huge growth but you’re not profitable, what’s the point?”

The founders said that, when the brand launched in 2004, they had no choice but to focus on profitability since they had to pay rent and feed themselves with that money; they didn’t have the luxury of operating at a loss for years. But ironically, that experience meant that the company was better poised than some to withstand a prolonged period of protracted sales. In some ways, it’s counterintuitive that so many brands operate with the assumption that they won’t make a profit for years, but that’s the way the market has pushed them.

“For a long time, we would do it like this: Imagine I’m predicting I’ll make $120 in sales this month, so I go out and spend $100 in anticipation, but then I only make $80,” said Jason. “That’s a loss. Instead of spending this month based on what we predict for next month, we’re spending next month what we actually made this month. It’s a very different way of looking at profitability and money management, but it’s what you have to do right now to survive.”

Fundraising woes
Gorjana has taken almost no funding since the brand was launched. Both founders said it’s the over reliance on fundraising that has put DTC brands in their problematic growth-at-all-costs mindset.

Both Jason and Gorjana said that they fell prey to this mindset themselves. In 2016, they only had one store, and now they have 16 — 15 are now open, two more are under construction. Now that they’ve been forced back to only operating a few stores (only three are currently open), Jason said he’s not sure why they ever felt they needed to expand that aggressively in the first place.

He said that when you get investors involved, it takes attention away from the work of running the brand. Those investors then demand more and faster growth, which is harder to do when your attention is diverted.

“Transparently, we’ve had a few angel investors along the way, but they’re like family members,” Jason said. “Not big VCs. They didn’t make any demands of us. That’s really not the typical experience, so I think focusing on fundraising is not the way to go.”

A month-to-month approach
Many brands are realizing they won’t be able to fully bounce back for a while. The overriding lesson that the Reidels shared was to be adaptable and flexible, and make cuts where you can.

For example, the brand had to lay off a “significant portion” of its workforce, delay the opening of stores and furlough employees, all of which was painful to do — but it was either that or lose profitability, and that’s a trade the founders didn’t want to have to make.

That means the founders, and other executives like COO Tanya Obermeyer, have had to take on more work themselves. For example, Obermeyer has taken a more hands-on role in the e-commerce side of the business, while Gorjana has been spending more time on marketing via the brand’s Instagram.

“The situation we’re in is not predictable,” Gorjana said. “There’s no planning for it, so we don’t know if we can support more stores or more employees. We’re just keeping it tight and making sure we can make it through, month to month.”