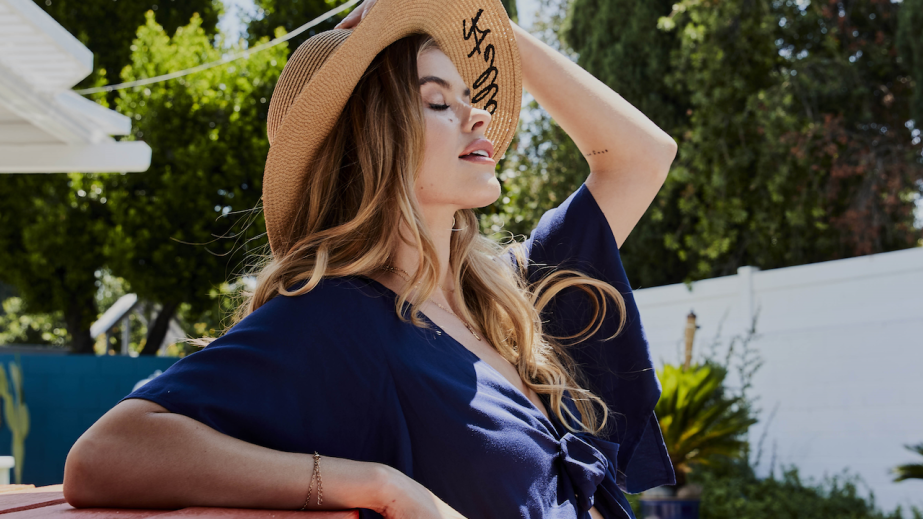 After seeing that many customers were wearing the company’s bridesmaid dresses for a range of events prior to this year, Charles Zhong, CEO of 6-year-old direct-to-consumer bridalwear company Azazie, had planned to launch a second company specializing in special occasion styles. But then the pandemic hit, weddings were canceled, and other events fell off the calendar indefinitely. To ensure cash flow, Zhong decided to dedicate his second company to selling fashion catered to the times.

In early May, he rolled out online fast-fashion retailer Blush Mark. Blush Mark caters to Gen Z, with the design team taking inspiration from Instagram and TikTok influencers, and celebrities including Kendall Jenner. Currently selling on its site are “cute” takes on loungewear, including shorts sets and an array of crop tops, plus “novelty” dresses featuring stretch and fun prints, said Ranu Coleman, CMO of Blush Mark and Azazie. The average price $15.

“We noticed the shift in buying behavior among our customers, which was to casual wear, so we acted as quickly as possible to focus on everyday fast-fashion looks,” said Coleman.

Blush Mark’s sales have grown 200-300% each month since its launch, owed to its influencers spreading awareness and vouching for the brand’s quality — not to mention the recent temporary and permanent closures of fast-fashion stores. “Online is the future” of fast fashion, she said. “We definitely see [our customers] buying a lot,. They wear it once, they post it, and you’re not going to see them wear it again.”

Despite the talk of Gen Z prioritizing values and breathing new life into corporate social responsibility, when it comes to fashion, many are gravitating to cute, cheap things that will resonate on social media. This year’s TikTok boom is adding fuel to that fire.

In July, British online fashion retailer Asos reported a 10% revenue increase in the four months ending on June 30. Competitor Boohoo, meanwhile, posted growth of around 44% for the quarter ending May 31. That was before the company faced allegations in June of paying low wages and providing unsafe working conditions at its supplier factories, which reportedly cut its market value in half.  But a Vogue Business survey in July of 105 Gen-Z shoppers showed that most buy their clothes from fast-fashion brands and more than 50% said they’d continue to shop Boohoo brands despite the labor reports. Boohoo has nearly 400,000 followers and 4 million “likes” on TikTok, and 7 million Instagram followers.

On Wednesday night, Britain’s Channel 4 released episode one of a four-part docuseries “Inside Missguided,” a behind-the-scenes look at the influencer-driven, fast-fashion brand, which is based in the U.K. According to the Financial Times, it features a senior member of the Missguided team outlining the company’s mission as such: “We live and breathe and eat and shit Instagram and fashion and bloggers and influencers and all that.”

For Blush Mark, affordability is key to its success, said Coleman, who added that customers will wait for a 25% discount, promo code or free shipping offer before they’ll shop, despite the brand’s low retail prices.

The company has a pool of 70 unpaid microinfluencer-level ambassadors who post Blush Mark looks weekly, typically on both Instagram and TikTok, with some posting hauls on YouTube. When a white crop top and a black dress worn by TikTok influencers drove high traffic  and a spike in sales, the design team leaned into the styles by making them in additional colors. Earlier this month, a post featuring Blush Mark by an influencer with 3,000 followers garnered 3.6 million views on TikTok, driving more site traffic, sales and Instagram engagement. The company declined to elaborate.

Blush Mark’s turnaround time for pinpointing a trend and getting a fitting style on the site averages 14 days. Unlike other fast-fashion companies, the company doesn’t mass-produce, Coleman said. It instead manufactures small batches of about 16 pieces per style and places additional orders if and when it sells. New styles hit the site on a weekly basis.

Boohoo-owned PrettyLittleThing, which does 30% of its business in the U.S., has also pivoted since March to selling more casual, more affordable styles — without straying from its Instagram-perfect aesthetic. Each of its 50 top sellers, throughout the pandemic, have been pieces the company classifies as loungewear, like bike shorts, cropped hoodies, bralettes and joggers. In typical spring and summer seasons, “going-out wear” and festival styles would instead be trending, said Nicki Capstick, marketing director at PrettyLittleThing.

“We don’t commit to things months and years down the line,” she said. “We change the marketing spend, we change the [product] buy — and we can move quickly.” The company can tap into a new trend via new styles on the site in 5-7 days, she said.

The design team has remained largely influenced by “celeb culture,” particularly the Kardashian-Jenner family, said Capstick. It’s sold 200,000 units of a $20 orange dress that Kylie Jenner wore to a PrettyLittleThing event in 2016. In 2017, it released a collaborative collection with Kourtney Kardashian.

Its marketing now revolves heavily on Instagram, followed by TikTok via challenges, and it works with a range of microinfluencers and brand ambassadors on both platforms. Paid posts on Instagram and Facebook have been working best to drive sales.

Since March, customers have been buying more items per order, said Capstick. And the company is seeing a big increase in new customers who, she guessed, are new to shopping online. She declined to elaborate on sales numbers.

Setting the stage for influencers to create PLT content has been a goal of PrettyLittleThing since its launch in 2012. It currently has large showrooms in L.A., Miami, Paris and London, with a Dubai location set to open in October. Rather than sell merchandise, the showrooms host events and styling appointments with influencers and celebrity stylists. The 7,000-square-foot L.A. location on Melrose Avenue features neon signs and pink decor, including a large unicorn in the front window. From the Miami showroom, influencers have posted images tagged #pltxmiami more than 1,000 times. PrettyLittleThing has been quick to welcome influencers back to its showrooms as lockdown orders have lifted.