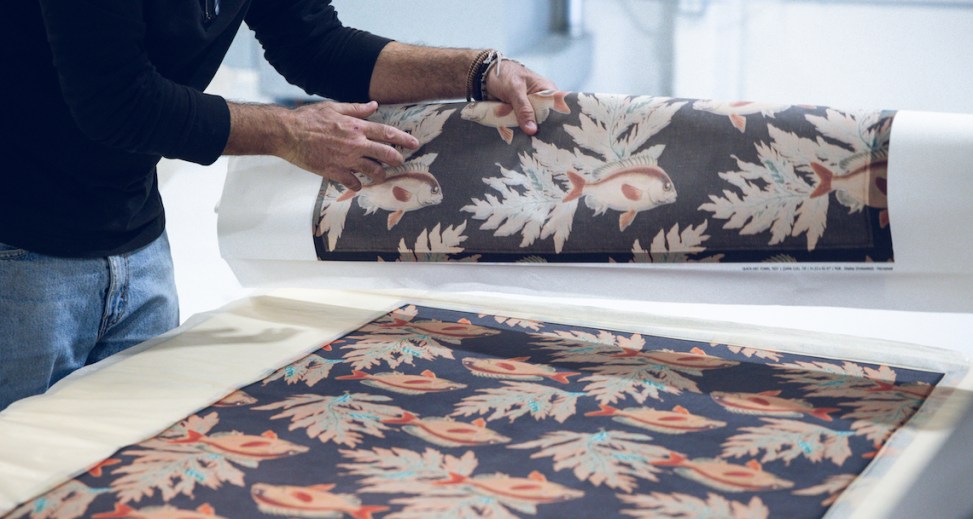 Apparel manufacturing in the U.S. has paled in comparison to China, Vietnam and Cambodia. It’s often cheaper and easier to get a garment made in China than to create the same garment in the U.S.

But even with the disparity in costs, recent changes in the economy and the global supply chain have made American manufacturing more attractive for brands whose audience is in the U.S.

Taylor Shupe, founder and CEO of manufacturing company FutureStitch, opened the company’s first U.S. manufacturing facility on Wednesday, in addition to the two it already operates in China and Turkey. The Oceanside, California factory will employ around 50 people; about half of the staff will be devoted to R&D and the other half will focus and knitting blank uppers for footwear and printing patterns via 14 print machines. The majority of FutureStich’s employees at the Oceanside factory are formerly incarcerated individuals, a group of people that often encounter obstacles to stable employment after release. The new facility is small compared to FutureStitch’s Chinese factory in Hainan, which employs around 400 people. FutureStitch already manufactures for brands like Crocs, Toms and Everlane, all of which will produce products at the new U.S. location.

Manufacturing in the U.S. has been a long-term goal for Shupe. In 2015, he built a mini-factory in California with fewer than a dozen employees for the sock brand Stance he founded in 2009. However, the mini-factory never reached any significant scale.

According to Shupe, the timing is finally working out where demand for American manufacturing is high enough to justify a larger facility. Brands want to make things closer to where their audience is to cut down on long wait times and capitalize on trends faster. International shipping costs have grown exponentially in the last year. Shipping by truck within the U.S. is far more reliable than shipping transcontinentally by sea.

While few large fashion brands have moved their production to the U.S., a growing number of smaller brands and startups like American Giant and Grown & Sewn have popped up in the last few years with the goal of making everything in the U.S.

“Especially since this facility is focused on printing, we can respond to something the client wants in 24 hours,” Shupe said. “That’s really important for our brand partners. A lot of them want to tap into these episodic, topical moments or trends that have a short shelf life. With the supply chain so inefficient and encumbered, it’s beneficial to have something here in the U.S. for them.”

Shupe is hoping to grow FutureStitch’s American business with more brand partners and open a second, larger facility in Dallas, Texas in 2024.

That nimbleness is extremely important for fashion brands as the wait times on clothes have been extended to due to congested ports and weeks of lost production.

“One of the advantages of American manufacturing is you can pivot so much faster,” said Kristen Fanarakis, founder of the ready-to-wear brand Senza Tempo, which manufacturers its clothes in Los Angeles. “You can push product back and move other things up to respond to what’s happening in the market a lot easier when it’s right here.”

Ultimately, Shupe said the appeal of American manufacturing rests on a simple calculation. Manufacturing in America costs more, but brands can sell Made in the U.S.A. goods for more. While margins may be lower in percentage points, a higher retail price can equal more revenue in the end.

But that calculation also depends on whether consumers will actually pay the higher price for American-made goods. While some surveys indicate shoppers will — like one from The Reshoring Institute showing that Americans say they would pay up to 20% more for an American-made good — Shupe said that hasn’t always been true historically. But now is a turning point for American manufacturing, he said.

“In the past, people would say that they’ll pay more for Made in U.S.A. But then, when presented with the option, they weren’t transacting. But that’s shifting,” he said. “Consumers are more educated than before, they know about labor conditions and they care, especially customers of some of our brands like Everlane.”