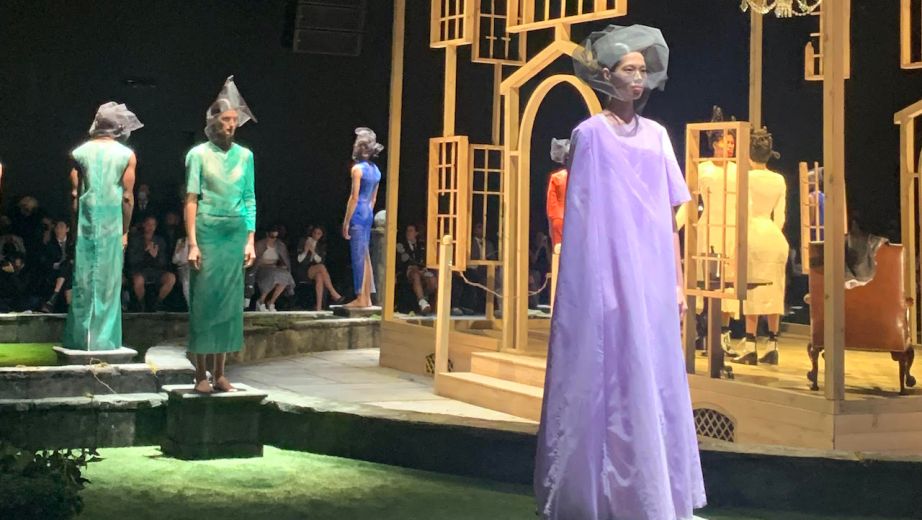 From Paris to the Javits Center: Thom Browne is shaking up its fashion show playbook

February’s New York Fashion Week was missing some of its signature American brands. Thom Browne, Tom Ford, Ralph Lauren and Kate Spade were all absent, citing concerns over Omicron or a simple desire to break out of the traditional fashion calendar to show their spring collections.

Now, a few months into the year, several of those delayed shows have taken place, giving us a good look at how those brands are tackling off-calendar shows. Not only are brands changing up the timing of their shows, but they’re also shaking up the format and location.

For example, after canceling its February show due to Covid concerns, Thom Browne rescheduled for April. In September 2021, the brand hosted its runway show at New York Fashion Week after four years of showing in Paris. Invites for Thom Browne’s fall 2022 show were sent out this week for the event on April 29, listing the location as 445 11th Avenue in Manhattan. New Yorkers might recognize that address as the Javits Center, a massive conference center on Manhattan’s West Side that’s better known for hosting massive trade shows than fashion runways. Thom Browne didn’t respond to request for comment on this story.

Thom Browne is far from the only brand choosing a venue outside of the usual New York runway spots like Spring Studios. Ralph Lauren’s show at the end of March was held in the Museum of Modern Art in New York City, for example.

Showing for the first time at all since 2019, Ralph Lauren also took the opportunity to drop the see-now, buy-now model it had been using for previous shows and going back to a season-ahead approach.

Kate Spade has also been adventurous with shaking up the formats of its shows. In February, CEO Liz Fraser signaled that the brand would be rethinking the idea of a traditional fashion show going forward, telling Glossy, “Our 2022 seasonal collections tell a story of celebration, and we look forward to opening our doors later this spring to present our newest collection and bring together our New York community for a weekend of immersive experiences with a signature Kate Spade twist.”

On March 31, Kate Spade hosted an event to showcase its fall collection, but it looked anything like a traditional runway show. Instead, the event lasted three days in a townhouse in Nolita, New York. The first day was a showcase of the collection while the second and third days were host to classes and workshops on skills like flower arranging and thank-you-note writing.

Balenciaga offers a good example of just how far off the regular calendar a brand can go. Under designer Demna, the brand is already planning another show, set to highlight its spring 2023 collection, for May in New York. It just held its fall 2022 show in Paris in March.

Other brands have moved away from New York entirely. In October of 2021, a month after the traditional NYFW shows in September, Bottega Veneta held a show in Detroit. And Alexander Wang held a show in Los Angeles’s Chinatown earlier this month. The latter, it should be noted, was something of a “comeback” show for Wang, who had gone mostly silent since March of 2021 after being accused of sexual misconduct. For Wang, staging his first show far from New York may have been a tactical PR choice, as opposed to just breaking from tradition.

The shift to more experimental forms of fashion shows is supported by data from Glossy’s own research, which showed an increase in non-traditional fashion showcases in late 2021 and the beginning of 2022. J.W. Anderson, for example, sent an “exhibition in a box” to people’s homes to debut its fall 2021 collection.

Right now is a good time for brands to experiment with shows, according to Rebecca Minkoff, who was one of the designers to show at March’s Crypto Fashion Week.

“We’ve done phygital shows and we’ve done digital twins [dropping a virtual version of clothes alongside an IRL version],” she said. “For Crypto Fashion Week, we tried a to see what happens when we go purely digital. It’s all about experimentation.”