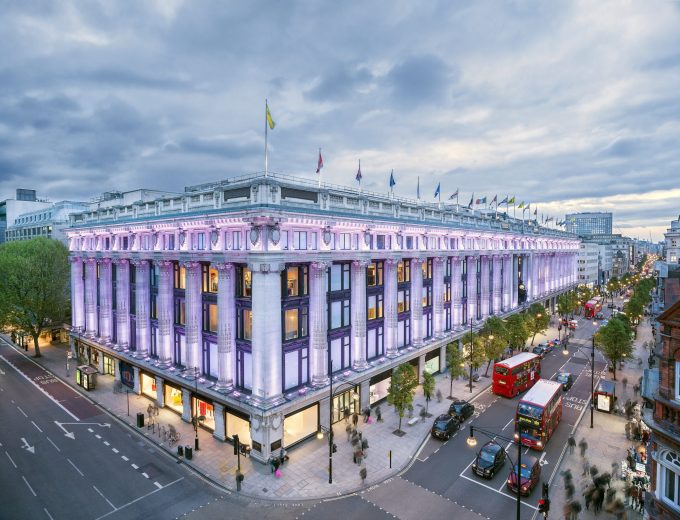 Following the sale of Selfridges, how should luxury department stores pivot in 2022?

The purchase will add to the groups’ already significant roster of department stores in mainland Europe, including the Italian Rinascente, Illum in Denmark, Globus in Switzerland and The KaDeWe Group, which operates in Germany and Austria. The combined annual revenue for the department stores in its portfolio was 5 billion euros ($5.6 billion) in 2019. It’s projected to grow to more than 7 billion euros ($7.9 billion) by 2024.

The Selfridges Group portfolio comprises Selfridges stores in London — which is the second-largest department store in the U.K., behind Harrods — as well as in Manchester and Birmingham, plus De Bijenkorf in the Netherlands, and Brown Thomas and Arnotts in Ireland. The sale includes its associated e-commerce platforms and the properties in London, Birmingham, Manchester, Ireland and the Netherlands.

According to a Financial Times interview with Signa executive chair Dieter Berninghaus, Signa and Central plans to upgrade Selfridges’ food hall and revive the Selfridges hotel that closed in 2008. It will also add office space to the department store.

The plans show that a re-invention of department stores is currently underway in London, as other stores also look to innovate as consumer spending shifts online and more focus is given to experiences. In the last few months. Harrods has focused on adding streetwear to its fashion floors through new partnerships with The Edit LDN and Palace skateboards. It’s also prioritized innovating using AR, as with its Christmas shop windows. In addition, it announced in December buy-now, pay-later (BNPL) for beauty hall and online purchases, through a partnership with Klarna.

These changes signal physical department stores’ direction as they kick off 2022 and work to keep up with the changing tides. For starters, shopping will become more experiential with digital components, like AR integration, and the addition of restaurants and engagement areas.

Kathryn Bishop, foresight editor at strategic foresight consultancy The Future Laboratory, has said that, for 2022, “Luxury retailers should focus on ways to positively engage the senses, from exposure to nature and how this can help shoppers to feel calmer, more balanced and help to assuage concerns about air quality indoors, to the use of scent, space and theatrical stimuli to engage visitors.”

Fortnum & Mason, which has reported revenue growth every year until 2020, is pivoting to focus on experiences. Tom Athron was brought in last year after working for retailer John Lewis and e-commerce retailer MatchesFashion. Athron has plans to convert part of Fortnum’s Piccadilly third floor into a livestreaming space, complete with food demonstrations and chef tables. He also wants to bring in “luxury” rapid delivery before Easter.

In addition, Fortnum & Mason’s new appointment of chief operating and innovation officer Ian Robertson, who spent 17 years at Burberry, shows a focus on facilitating smooth operations. Due to Brexit that came into effect in early 2020, U.K. department stores have had to navigate supply chain issues and retail landscape changes, like the loss of duty-free offerings. Robertson was most recently senior vp of global planning and inventory.  In a recently published McKinsey report, duty-free was one way that retailers could engage in the market of domestic luxuries, which is a key conduit of department store sales.

Bishop said, to ensure success, department stores need to think about the way their consumers have changed the way they’re approaching the shopping experience. “After 18 months or more of relying on e-commerce for convenience — plus social media platforms have morphed into selling or affiliate sites themselves — we see many consumers craving the serendipity and excitement that comes with a store visit. They can wander, discover, turn a corner and find something they didn’t expect, which is why department stores have a vast opportunity to compete with e-commerce. In many ways, they should be marketed as retail experiences, in their own right, offering something different than quick clicks on an e-commerce [site].” She pointed to beauty company Haeckels‘ experiential store in Margate, the Anya Hindmarch brand village in London and Gentle Monster’s Haus Dosan in South Korea as examples of retailers that have effectively delivered an experience that’s worth the trip.

More traditional retailers like Fenwick and Liberty London have felt the impact of the pandemic more significantly, hit with store closures or falling revenue in 2020. According to accounts filed at Companies House for the fiscal year ending on January 30, Liberty London’s total revenue fell to £55.77 million ($75 million) from £93.14 million ($126 million) the year prior. While the fiscal results for the year are yet to be announced, it is going to be difficult to see a future for these stores without innovation in the next year.

However, across the board, online sales are on the up as consumers are moving online. Liberty London, which focuses on niche and avant-garde labels, said its new customers are discovering the store online. The company’s seen significant growth in the beauty and home categories, which have become hallmarks of the retailer. And online sales now account for just under half of Fortnum’s revenue, compared to about 15% before the pandemic. “The result is that our U.K. online business has doubled in size since the start of the pandemic,” Athron said in an interview.

According to Commercial property information firm CoStar Group, Britain’s high street has lost 83% of department stores since the collapse of retailer BHS in 2016, with only 79 main shops remaining open, compared to 467 five years ago.