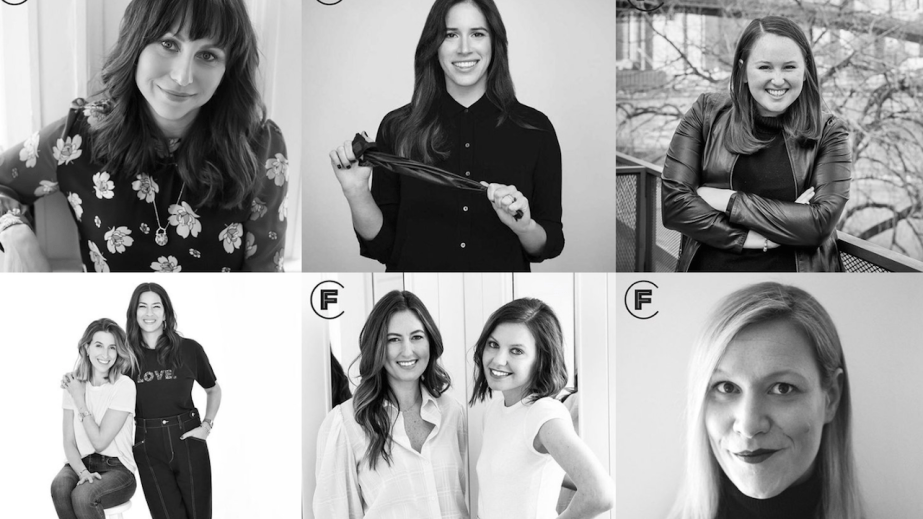 ‘Fashion is ripe for female talent’: Why a male-dominated board of directors remains the industry norm

Companies within the largely female-fueled fashion industry are starting to add women to their board of directors.

At a time when establishing authentic connections with customers is the name of the game, it seems the heads of fashion companies are finally seeing the value of female voices and perspectives. Whether out of legal obligation, in response to media backlash or because they’ve come to appreciate diversity, more fashion companies are appointing female board members.

“For fashion and retail companies, there’s a desire to have a board that’s reflective of both the employee base and the customer base,” said Shannon Gordon, CEO of online talent marketplace the Boardlist. “That’s a strategic imperative; it’s important to have insights into your customer base and understand it at a pretty visceral and fundamental level. That’s really hard to do without a female perspective around the table.”

The longstanding issue, she said, is that board seats are often filled via existing members’ networks and referrals. Women and other minorities aren’t typically part of those networks, because the majority of board directors today are men.

“People expect fashion to be more female-dominated, but it hasn’t been,” said Heather Smith, principal at executive search firm DHR International and a member of the company’s Board & CEO Practice, which finds board members for companies. “Of all industries, fashion is ripe for bringing on more female talent.”

The California law that went into effect at the end of December, requiring every public company in the state to have at least one woman on its board, was reportedly the impetus for footwear company Sketchers to bring on its first-ever female board member. Since May, the board’s been a 9-1 split of men and women. Sketchers did not respond to a request for comment.

Logan listed Chico’s, Ulta and Capri Holdings as companies within the fashion and beauty industries that have a strong representation of women on their boards. Five out of Chico’s nine board members are women. For Capri Holdings, it’s four of eight. For Ulta, six of 11. Other publicly-held fashion companies with more than 50% women on the board include Stitch Fix, Tiffany & Co. and Caleres Inc., formerly Brown Shoe Company. But those are largely the exception.

According to Smith’s recent survey of 150 publicly-held fashion companies, 88 had at least one woman on the board. Within those 88, women filled an average of 36% of board seats. And things are looking up: In 2019, 54 women joined fashion companies’ boards, compared to just 17 in 2017.

“There are many speculated reasons for this,” said Smith. “One of which is private corporations are not quite as much in the view of public scrutiny.”

Jan Fields, formerly president of McDonald’s USA, currently sits on three public boards, including that of Chico’s, where she serves as nominating and governance chair.

“I get a lot of opportunities,” she said. “My background was pretty strong in that [at McDonald’s]. I had 20 million customers a day and so many employees, and not to mention a very large P&L of $38 billion. Most boards have real reluctance to bring on first-time directors.”

Typically, companies look to safest bets and low-hanging fruit when it comes to scouting women for their boards, turning strictly to company founders and C-suite executives. Rent the Runway CEO Jennifer Hyman, who’s been a board member of the Estée Lauder Companies since 2018, has said she’s often asked to join boards. Likewise, Rebecca Minkoff said she’s regularly approached to be on non-profit boards.

Slowly but surely, forward-thinking companies are starting to seek out women in director-level positions. Along with diversity of skills, they provide diversity of thought, which has become crucial as companies strive to reflect and connect with the end shopper. Diverse perspectives also serve as insurance to avoid corporate crises, in that there’s a greater likelihood someone will flag, say, a potentially offensive campaign.

“[Board members] who are still rising up the ranks are still working, so they have touchpoints to refer to when it comes to what’s really happening in this ever-changing world,” said Smith. “They better understand technology and the impact that digital can have on an organization.”

She added: “Diversity of thought drives better business results, and it’s going to be what sets companies apart going forward.”

Logan pointed out that Reformation president Hali Borenstein was just named to Carter’s board in December. “She’s young, she’s from Reformation, she is a totally different model than what you typically see in a board seat. And they are a publicly traded, highly successful company,” she said.

In addition, board members are increasingly being chosen because they fill-in gaps in expertise at opportune times, which has opened the door for some women. For instance, a board will bring on someone with a strong retail background when the company is expanding its physical footprint.

A number of organizations have sprouted up to ensure that more women are being considered for boards. The Women on Boards campaign launched in 2010 with a goal of filling 20% of Russell 3000 companies’ board seats with women by 2020. The goal was met in September. And the Boardlist started in 2015 to connect CEOs with a pool of board director-endorsed women. Last week, the Boardlist held back-to-back training sessions at NYC-based women’s club Chief on how to join a board. Both sessions were crowded with the club’s members, all of whom are C-suite executives.

Not only do more women want to be in boards, but more consumers want to support companies with women in leadership roles. The latter realization led Rebecca Minkoff to launch the Female Founder Collective in 2018, which has since stamped 2.5 million products with its seal, indicating they’re from a female-founded company. The FFC also hosts events for founders, including workshops centered on alternatives to VC funding.

“[The tide] is turning, and it’s getting faster,” said Minkoff, of the male-female wage and power gap. “But we have to keep things in perspective. [Women] just started getting angry, and we just started roaring. Things have been imbalanced for so many years. We’ve just got to keep going.”

Gordon predicted that additional legislation enforcing more female board members is around the corner, which would no doubt move things along.