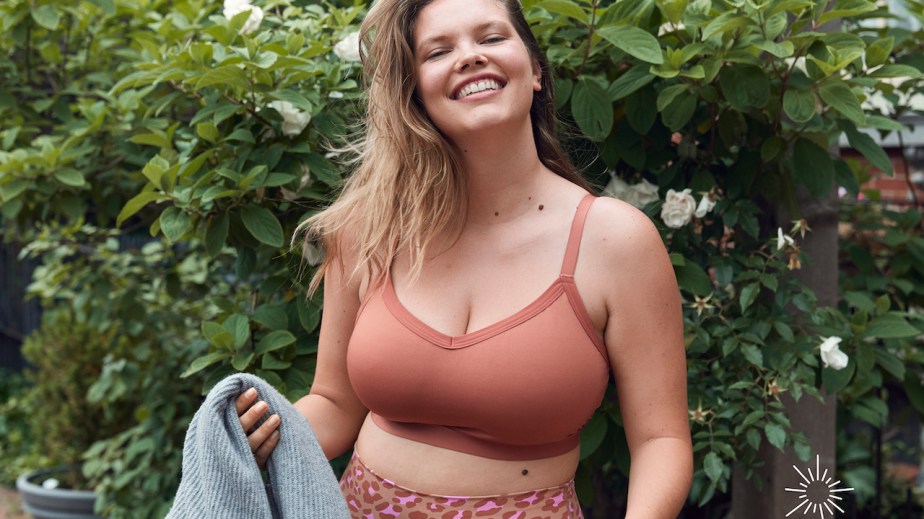 Fashion Briefing: The case for opening stores while e-commerce is booming

Despite recent temporary closures and an uncertain future, physical retail is still a draw for brands. Several that are thriving and seeing their e-commerce businesses take off have revealed they’re opening dozens of stores this year, including in malls.

This week’s quarterly earnings reports of American Eagle Outfitters Inc. and Lululemon showed that physical retail is still worth it, according to companies that can afford to test models and markets, and offer up ample square footage for wary shoppers. It suggests the so-called retail apocalypse is not about the physical retail model falling out of favor, but rather brands falling short on the necessary resources to make it work.

This year, AEO plans to open 25 Aerie stores and two stores for Offline, its activewear-focused Aerie spinoff brand that launched in late July, AEO chief creative officer Jennifer Foyle said on the call. Aerie is on pace to do $1 billion in revenue for 2020, and e-commerce drove 70% of its quarterly revenue record of $250 million, which was a year-over-year increase of 32%.

Lululemon, which opened 17 new stores in the quarter, plans to open a total of 30-35 stores in 2020, said CEO Calvin McDonald. In addition, Lululemon will operate 70 seasonal stores in the second half of the year in locations where it has existing stores — they’ll serve to solve current capacity restrictions. Its quarterly revenue increased 2%, at a time when retailers reporting 30-40% losses is the norm. Sixty-one percent of revenue came from online, according to the report.

Both companies play in the activewear-athleisure space that’s been surging since March. And for both, physical retail is a big part of the plan to strengthen their foothold in a crowded market. More stores is more.

“There’s a huge opportunity in going after that $16 billion [women’s active apparel] market share,” Foyle told me, immediately following the earnings call. “Stores are closing, and there’s some weakness out there. With Offline, we’re going to strategically look at where our competition is and make sure that we’re in similar locations, which may involve testing some new [shopping] centers.”

For as long as Aerie and Offline stores are not in all markets, there’s opportunity to grow, said Foyle. And the “right malls” still make sense for the company. Its store locations are driven by consumer demand — it recently opened stores in California and Minnesota, and next on deck are two stores in Colorado. Foyle said Aerie benefitted from having access to American Eagle’s store data in various markets, which has served as a guide on where to set up shop. And likewise, Offline has used Aerie as a guide.

All AEO brands are currently negotiating with their store landlords to maximize their profitability, said Foyle. Stores remain “a highly profitable channel” for the company and “play a significant role in the customer journey,” said Jay Schottenstein, AEO’s executive chairman of the board and CEO, in an email on Wednesday.

“The consumer does not like e-commerce; the consumer likes convenience,” said Simeon Siegel, managing director and senior retail and e-commerce analyst at BMO Capital Markets. “They would love to be magically transported into a store aisle. However, they’re weighing the cost benefit of both traveling to and then actually walking through the aisles right now.”

Siegel said retailers typically need upward of 1,000 stores for them to actually be convenient. “Retailers that have 500-800 stores generally are in the mall, and the mall can be 20 minutes away,” he said.

Lululemon currently has around 500 stores, while AEO has more than 1,000 stores total, including around 350 for Aerie. While it’s opening Aerie stores, it’s closing 40-50 stores of American Eagle at the end of the year. American Eagle saw a revenue decrease of 26% in the quarter.

That AEO is using stores to help put its newest brand, Offline, on the map shows its commitment to physical retail — even as Aerie’s sales are expected to remain at more than 50% online. (Lululemon’s online sales are expected to moderate in the second half, according to the company.) Like Aerie stores, Offline’s will offer a full brand experience, said Foyle. In sync with its focus on body confidence, Aerie stores feature a bra-fitting tool that doesn’t require measurements and sticky-note affirmations on dressing room mirrors.

“They don’t need to open stores right now,” said Siegel. “We’ve seen a flourishing of activewear and athleisure digitally native players [since March]. But companies in positions of strength are going to do things they want to do, rather than things they feel they need to do. And this should amplify their message and allow them to ultimately scale. Rent is the original CAC.”