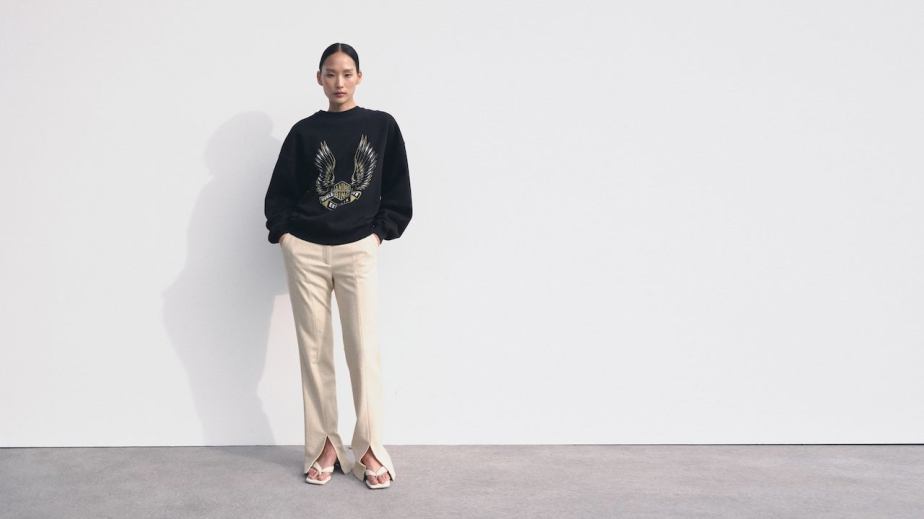 This week, a look at Anine Bing’s 10-year road to lifestyle brand.

Anine Bing is a 10-year-old accessible luxury brand in high-growth mode. It’s also the name of its mega-influencer founder who exudes the brand’s timeless, Scandi-meets-L.A. aesthetic. But the former is coming into its own.

This year, as Anine Bing celebrates a decade in business, it’s hitting the gas on expansion plans aimed at shoppers far beyond Bing’s 1 million Instagram followers. Among them: entering China and opening 10 global stores. It’s not a new strategy for the L.A.-based company, which has never featured Bing in its marketing communications. But it is unique among influencer-founded brands.

“We’ve taken an alternative approach to [marketing],” said Annika Meller, co-founder and chief strategy officer at Anine Bing. “That’s been successful for us. Ten years ago, it was all about Anine the blogger. But, we’ve been working to make sure the brand can stand on its own feet, and it truly can.”

Today, the brand is profitable and is projecting 40% revenue growth in 2022, which is equivalent to its growth last year. That includes 100% sales growth in its owned stores. Launched seven years after Bing’s personal Instagram, in 2017, the brand’s @aninebingofficial account has 400,000 followers. Its shopper base spans 25- to 60-years-old.

“My long-term goal for the company is to continue to establish it as a global fashion house,” Bing said.

Bing pointed out the learning curve of going from growing a personal brand to building a business, a feat being attempted by fashion influencers left and right. Influencer Arielle Charnas launched her Something Navy fashion brand in July 2020, pulling in proven DTC brand leader Matt Scanlan to be CEO – it opened its fourth store, in L.A., last week. And in October, influencer and We Wore What founder Danielle Bernstein stressed that the brand was growing its shopper base “outside of just Instagram.”

“For the first few years, my husband [co-founder and CEO Nicolai Bing] and I were doing everything ourselves, and it was a ton of work,” Bing said. “But we’ve been able to hire experts in each field, so we can all specialize in what we do best.”

Among the founders’ inner circle is Frederic Court, founder and managing partner of Felix Capital, who they connect with biweekly. Along with Index Ventures and Greycroft Partners, Felix Capital was an equal participant in Anine Bing’s $15 million Series A funding round in 2018.

“We love when things start organically, and Anine turned her passion into a business,” Court said, of Felix Capital’s reason for investing. “With a lot of creative founders, often what’s lacking is on the execution side of things – a lack of a business-building skill set. But we saw very early on that [Anine and Nicolai] had both elements.”

He noted how the brand has since evolved. “When you’re an entrepreneur, it’s unusual that your name is on the door – that you’re not just building a company, but it’s intertwined with your own life,” he said. “So it’s been fascinating to see the brand start to disconnect from the person.”

“And you can see the brand’s growth just by stepping out in the street,” he said. “More women are wearing it.”

Anine Bing is currently sold in more than 350 global stores, which are key discovery points for those who don’t come to the brand through Bing’s outfit-of-the-day social posts. The same is true of its 10 owned stores, which sit across North America, Europe and Australia. The plan is to double the brand’s store count this year. That will include five new stores in the U.S., which accounts for 50% of its shopper base, and a second store in its No. 2 market of London.

“We’re focusing on markets where we already have a presence, but where there’s more appetite for the brand and more [market] share to grab,” said Olivia Gentin, chief operating officer at Anine Bing. “We’re hearing from the customer that she wants to come into stores and she wants more stores. And all the KPIs are much higher for the customer who shops both in our stores and online.”

Gentin owed that to the full brand picture the stores provide, as well as the associates’ styling assistance, showing the versatility of the pieces. The brand is made up of an evergreen Classics collection of jeans, tees and blazers meant to serve as wardrobe building blocks. It also has seasonal collections that are rolled out by way of weekly product drops.

This year, somewhat delayed due to the pandemic, Anine Bing will expand its focus to China, where its presence is currently limited to a few, small wholesale partnerships. It also offers shipping to the region via its e-commerce site. Last month, it launched branded social accounts on local platforms Weibo and Little Black Book. And it will be opening a branded storefront on Tmall later this year.

To ensure a smooth entry into the market, it’s looking to its U.S. employees with experience working in China, as well as an on-the-ground agency with clients that include fashion and luxury brands. At least to some extent, its digital marketing strategy will mirror that for its other markets. For example, it plans to link with local KOLs, or influencers, to drive brand awareness.

“[The Chinese shopper] appreciates quality pieces, and we think our message of Scandinavian simplicity with American energy is going to resonate,” Meller said. “But when you enter any new market, you’ve got to test and learn. That’s what this year is all about for us in China.”

Rather than Bing herself, Anine Bing has looked to other respected talent to define and drive home its image. That includes late photographer Terry O’Neill, whose shots of Brigitte Bardot and Kate Moss, among others, have been splashed across Anine Bing styles as part of a long-term collaboration. And model Helena Christensen teamed with the brand on a holiday collection in 2020.

In mid-March, the brand will introduce a campaign featuring an A-lister that will span NYC wild postings and billboards, as well as digital ads. Bing will co-host a dinner with the celebrity, inviting various influencers and tastemakers.

The brand used a similar, 360-degree integrated campaign for the launch of its vintage-inspired Nico handbag, in November. It proved effective, with the style selling out and garnering a 5,000-person waitlist.

Also this year, the brand will build out its handbag offerings, as well as its dress, denim and jewelry categories. In addition, it’s set to expand its Classics collection with new styles and colors. A first-time resort collection, with swimwear as a core component, will be introduced this summer. It’s worth noting that activewear-focused Anine Bing Sport launched in January 2021, with its first sneaker going on sale in June 2021.

As for marketing plans, Gentin said the company will increase its focus on TikTok, where it’s so far posted three times and has 700 followers. It will also ramp up its video content, including for ads, and launch live shopping, with segments focused on styling tips.

To accommodate the new moves, it will be expanding its employee base, made up of 130 people across its stores and home office. Adding to the design team, specifically with designers focused on categories beyond apparel, is a priority. Tech, office administration, operations and wholesale support teams are also set to expand. The company is newly hiring remote workers outside of its L.A. headquarters.

Somewhat surprisingly, Meller said that the rapid growth in 2022 won’t necessitate more outside funding. “We have a good standing, and we don’t need to go out and seek further investment,” she said.

Court described his role as an investment partner as “encouraging” Anine Bing to lean into certain categories or opportunities. He stressed the value of the brand’s approachability and grounded ambition to date, as well as its consistent assortment, which aligns with one of Felix Capital’s current investment themes: “curation.”

That, along with its steady expansion to lifestyle brand, affords it many opportunities, he said. “Take Tory Burch, which is a very different brand, but a fantastic success story,” he said. “It’s a very large business, but still very identifiable. There’s no reason why Anine Bing couldn’t become as big, over time.”

However, Court also pointed out the challenge of remaining profitable while scaling, if tackled too fast.

For now, that Anine Bing’s business is sitting pretty makes a case for operating somewhat outside of the traditional fashion world. Anine Bing didn’t go to Parsons and she’s not a member of the CFDA, plus her namesake brand was nowhere to be found last week at New York Fashion Week.

“We’ve never wanted to do a fashion show,” Meller said. “That idea of seeing something on a runway then having to wait six months [to buy it] just doesn’t feel modern.”

Bing added, “By not following the traditional fashion calendar, we’re able to consistently offer newness and [better] engage with our audience.”

A Prada snowboard shook things up at the Olympics.

Children’s streetwear is catching on.