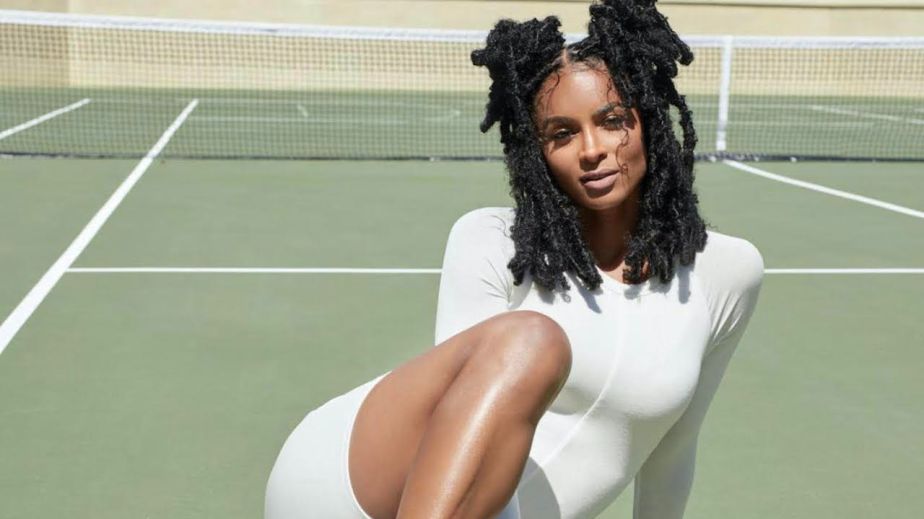 Fashion Briefing: How the pandemic altered the imbalance of product and marketing investments

This week, a deep dive into brands’ attempts to make investments in better products pay off.

The founders of Naked Wardrobe are making a case for investing in product over marketing.

Basics brand Naked Wardrobe has been profitable since its first month in business, when sisters Shida, Shirin and Shideh Kaviani launched the company in 2012 out of their parents’ basement in Los Angeles. In that first year, it generated more than $1 million in revenue, and it’s since averaged 30% annual sales growth. The founders’ mother and CFO, Kamelia Kaviani, owns a small portion of the business and is the only investor. 2020 was its best sales year to date.

The sisters owe the companies’ success to investing in quality fabric and construction, being meticulous about fit, and maintaining low prices. They didn’t invest in paid marketing until early 2020, when they started testing Facebook ads.

“We invest in our product, truly,” said Shideh Kaviani. “We [spend] on fabric and construction to enhance it, and take a loss [on margin]. That’s where we’re investing our marketing, untraditionally. We think, ‘How do we make this product the best it can be, so that [word] can spread like wildfire? [What will make] one consumer get it and be obsessed with it, and tell all her friends about it?’ We like the product to do the talking for us. Most [all marketing] is organic word-of-mouth.”

Since direct-to-consumer brands first emerged about 12 years ago, many have forfeited profit in favor of revenue to appease investors. At the same time, they’ve become reliant on paid marketing for growth. 2020 changed all that, with consumer spending taking a dive and many brands reallocating marketing budgets to more nuts-and-bolts operations. Fashion brands with a reputation for offering value — via have-forever styles or low price points — comparatively found themselves sitting pretty.

“People were very mindful of how they spent their money last year,” said Shideh Kaviani. “When they did shop, it wasn’t for a one-and-done type of garment, which is very different from how it’s been for the last five years with social media, where you take a pic you can’t wear that outfit again. Our organic growth helped us maintain our clientele and stay true to our brand and our DNA.”

Naked Wardrobe, which sells crop tops for $33 and jumpsuits for $76, has leaned into its strategy for letting the clothes speak for themselves across channels. That includes in physical Nordstrom and Macy’s stores. It currently sells 80% direct-to-consumer, but it’s expanding its presence from 25 Macy’s doors to 150 come July. It’s making new hires to accommodate the resulting production demands. It currently has a team of 70, including 40 full-time employees.

“They have their own clientele,” said Shirin Kaviani, of wholesale partners. “Nordstrom has $350 bodysuits and $3,000 bodysuits. We have $38 bodysuits. Plus they maybe have 20 of our SKUs, while we have 2,000 [on our site]. Eventually, that customer becomes a client of ours.”

Collaborations have worked the same way, with celebrities introducing the brand to their engaged audiences. Naked Wardrobe launched its first collab, a mommy-and-me collection with reality star and Khloe Kardashian bestie Maliqa Haqq (6 million Instagram followers), in September. It followed in January with LH X Naked Wardrobe, with actress and model Lori Harvey. The founders are aiming to release a collab with a fellow brand this year.

Naked Wardrobe strictly gifts products to influencers and celebrities, versus paying them. Jennifer Lopez, Kylie Jenner and Beyoncé, among others, have worn the brand.

“We know they may or may not post, but they often find that they love it so much, they want to share it with their followers,” said Shirin Kaviani. “Celebrities have access to all the clothing in the world, but they choose to wear our brand and are constantly asking for more [pieces].”

Likewise, micro-influencers have moved the needle with their support. “Their YouTube videos of tutorials and hauls [featuring Naked Wardrobe] are validation,” said Shirin Kaviani. “They use the same words that we use in fittings, and we’re like, ‘Exactly. That’s what we were going for.’”

In the last year, the company has zeroed in on the foundation of the brand. Quality basics at competitive price points have been its focus since day one, though it had started dabbling in “going out clothes” just prior to the pandemic, said Shideh Kaviani. Fabric with compression and stretch — usually “expensive, special” Spandex — is the starting point for all styles. That works best to fit a wide range of body types, which helps to eliminate the common fit issues of clothes ordered online, she said. The company offers sizes XXS to 3XL.

“I stress over a sixteenth of an inch,” said Shideh Kaviani, regarding the fitting process. “And I get yelled at by my team, because they’re always saying, ‘You make everything more expensive.’ It’s standard for design and production to pull back on small details to [save money], but we’re not going to do that.”

Also since March 2020, Naked Wardrobe has pivoted its marketing content, at first out of necessity. It’s moved from producing bi-weekly or monthly photo shoots featuring models to compiling “more relatable” user-generated content. Though the founders owe the company’s early success to Instagram, where it has 2 million followers, it’s started to inch onto TikTok to “stay on [its] toes,” per Shideh Kaviani.

The company has hosted pop-ups in Los Angeles and shop-in-shops in Nordstrom, but it has no plans to open a permanent store. For 2021, goals include growing its kids’ and men’s businesses, the latter of which launched this month, and opening pop-ups in big cities including New York and Miami. It will also establish a physical presence in international markets; Mexico, Europe, Asia and the Middle East are targets.

“Making sure people know about Naked Wardrobe and try Naked Wardrobe is vital to the growth of our company,” said Shida Kaviani. “We want to be a household name.”

The company launches new products every week, as it “[sees] the most growth by constantly delivering newness to clients,” said Shirin Kaviani. That’s been a challenge, in regard to selling through wholesale channels, which have notoriously operated on a strict seasonal calendar. “They’re adapting,” she said.

“Becoming more sustainable is incredibly costly, so we’re trying to figure out a balance so our clients don’t [see an increase] in prices,” said Shida Kaviani. “It’s still a work in progress.”

Cuyana’s tagline has always been “fewer, better things.” However, the 10-year-old DTC fashion brand has always supported that with messaging around quality, versatility and longevity, rather than the sustainability of its products.

Co-founder and CEO Karla Gallardo said sustainability has been a brand priority from day one. That includes producing responsibly, maximizing the wear of products and extending their life by facilitating resale. The brand has recently made a greater effort to communicate its sustainability focus. The goal: to show that its new single-origin cashmere styles — selling for more than double the cashmere sweaters of its competitors — are worthy of the investment.

“Cashmere has become a commoditized product in the past decade,” said Gallardo, during a brand press event promoting the sweaters on March 15. “It used to be considered a very exclusive, luxurious, expensive yarn, but it’s been democratized by the industry. More volumes have been produced using unsustainable practices, and the results lack quality and deteriorate.”

“One of our suppliers in Italy is mimicking the coffee industry, offering yarn via a single source of origin: a farm in Mongolia,” said Gallardo. “They have the best breed of goats, and they’re treated well and live in the same, controlled place, where the land is treated well. The [manufacturer] is using the highest quality yarn possible to create these sweaters. And they’re perfect-weight, breathable sweaters that can be worn all year and will last.”

Around the launch, the company sent its customers three emails, with the first highlighting the design details, the second focusing on the definition of “single-origin” and the story behind the cashmere, and the last showing styling ideas for the sweaters. It mirrored this content in an influencer campaign and an Instagram takeover spotlighting the collection from February 2-11.

“Succinct language and clear messaging was most important,” said Gallardo. “The average customer can’t tell the difference, so it’s our job to educate, to prevent more cashmere winding up in a landfill.”

“We’re actually taking a big hit on margin with this product,” said Shilpa Shah, co-founder and CXO. “We’re absorbing a ton of the cost to offer customers a [more comfortable] price point. In the end, the customer has to decide if [sustainability] really matters to them, because it has a cost.”

Brands are ready to spend on physical retail again.

For fashion brands, NFTs could spell more than hype.

“It would have been much better if American Dream would have burned down or a hurricane had hit it,” according to an executive at Triple Five Group, which owns the mall.

Chinese celebrities are breaking deals with brands from Burberry to Tommy Hilfiger due to their Xinjiang cotton ties.

DTC brands are back to investing in OOH ads.