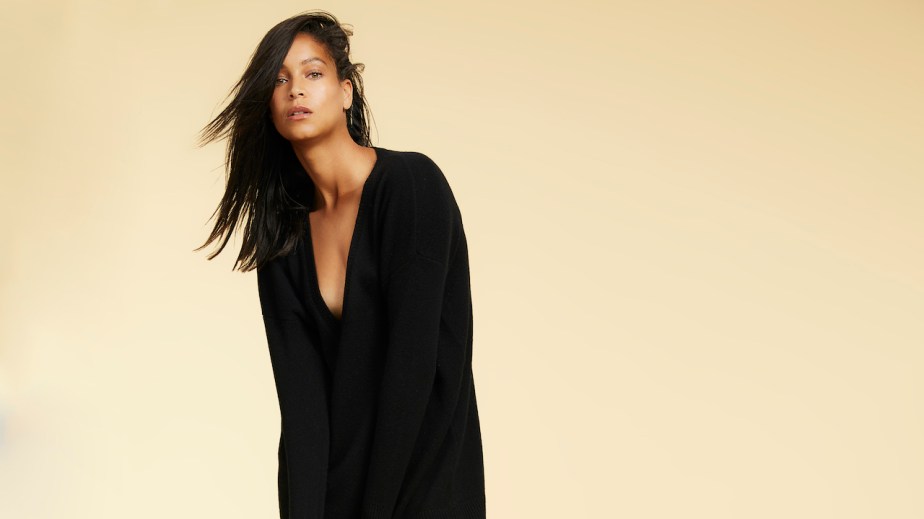 Fashion Briefing: Designers are starting over with a DTC focus

This week, an up-close look at the comeback plans of designers who have abandoned fashion’s traditional models.

Brands breaking up with retailers is trending.

A fashion designer closing the door on the wholesale chapter of their business and starting fresh with a direct-to-consumer company was a bigger story in 2016. But the pandemic has forced almost every brand to get smarter about their day-to-day business. As brand leaders have audited every aspect of their operations, more have resolved that a move to DTC will offer more practicality, efficiency and stability. They’re cutting ties with their retail partners, and at the same time, they’re taking control of their brand’s fate.

Michelle Smith — who debuted her namesake brand in October, 20 years after launching wholesale contemporary brand Milly — compared the transition to DTC to her own divorce. She founded Milly with Andrew Oshrin, who ran the business side of the company. They married in 2003, before calling it quits 14 years later.

“[At Milly] it got to the point where I was churning out hundreds of styles a month, thousands of styles a year and more than 28 collections a year across different categories,” she said. “That, coupled with my divorce, made for an uncomfortable, unpleasant work situation; it became not a joy anymore. Now I feel free, in both respects.”

At its height, Milly was reportedly doing $50 million in annual sales. Those sales fizzled amid increasing competition in the contemporary space, and the company wound up selling at auction to a subsidiary of apparel company S.Rothschild & Co. for $5.7 million in 2019.

“There were maybe 10-15 brands that I was competing with in the early 2000s,” she said. “Now, there are thousands of brands in the same space. Everyone’s been delivering a collection a month, and it’s become out-of-control for brands.”

Smith’s new business is comparatively streamlined, to say the least: Rather than employ 60-70 people, she’s working independently with the help of freelancers for the website, daily operations and digital marketing. She plans to produce two annual collections of 18-20 pieces, “with small surprise capsules” of 5-10 pieces throughout the year. Fall was a “core collection” of cozy cashmere styles, while spring-summer will be better suited to going out, due to more color and prints.

The pieces are priced $385 for a bralette to $2,750 for a coat. Positioning the brand as luxury allows Smith to avoid “skimping” on quality and details, as is often necessary for contemporary-level designers, she said. (Smith’s background includes stints at Louis Vuitton and Dior.) Styles sell via pre-order on MichelleSmith.nyc. Her plan pre-Covid-19 was to link with a few “marquee” wholesale accounts, but she’s since decided to strictly sell DTC.

Smith is financing the company herself and has no plans to fundraise in the foreseeable future. However, she plans to eventually expand the collection beyond ready-to-wear, to shoes, handbags and even home goods. Opening stores and pop-ups “in a few key markets” is also a goal, though she said she wants to wait “until the world settles” to make a firm plan.

“[Selling via] pre-order is more sustainable; there’s a lot less waste in the textile manufacturing process,” she said. “But also, I’m being very cautious. And the pre-order model helped me to finance the actual production of my first collection.” Styles shipped in 6-8 weeks.

Smith isn’t the only designer who’s tackling a second act by way of a business model that rejects traditional fashion norms. There’s Thakoon Panichgul, Cynthia Rowley and Scott Sternberg, now behind Entireworld, to name a few. And more are moving in that direction: In the last year, Mara Hoffman announced she’s pulling out of 190 retailers, out of 200. And Tibi’s Amy Smilovic said in November that the brand had cut 50% of its retail partnerships.

At its launch, Milly was a 100% wholesale brand selling through department stores, and as such, it pulled in $1.2 million in its first quarter. “E-commerce didn’t really even exist yet,” said Smith. “I remember being approached by Net-a-Porter in 2007, and they were trying to sell us on their business model. Other brands were saying, ‘Are you kidding?’” But Milly signed on, and soon it was selling via wholesale, e-commerce and its own four stores, located in locations as varied New York to Dubai. “There were a lot of pots on the stove,” said Smith.

Feeling “burnt out” after Milly’s “crash and burn,” Smith said she debated leaving fashion altogether. “I thought about starting a water company. Like, ‘Wouldn’t it be great to make just one thing that never changes?” she laughed. But her passion for designing drew her back in.

First step: At Paris’ Premiere Vision fabric show in late summer of 2019, she reignited partnerships with artisanal fabric mills in Europe, and factories in NYC and abroad. But she took her time to roll anything out.

“It feels really refreshing and responsible to not be on that wholesale calendar and to be able to design and present directly to my customer when I’m inspired and when I think the timing is right — with intention, purpose and passion,”  she said. “I’m no longer using a crystal ball to look a year into the future, and hoping that everything goes OK. It’s an all-new way to work.”

Of course, in losing retail partners, Smith lost marketing channels along with sales channels. To get the word out for the first collection, she relied on press, fashion industry friends and her personal Instagram following of 10,000. Moving forward, she plans to increase the brand’s digital marketing spend, especially around collection launches, and to host physical trunk shows to spread awareness. Communicating with the customer in an “effective, meaningful way” has been a challenge, she said, so she’s considering “opening up the studio and design process” via social media.

But don’t expect her to host a fashion show.

“I’m kind of really happy not doing [fashion] shows right now,” she said. “It was about designing products for the editor, who is seeing hundreds of collections in a span of seven days, and trying to stand out. Things get more theatrical than you would like; you end up creating something other than what, in your heart, you want for your customer.”

First launching in 2010 as a men’s and women’s fashion brand that showed at New York Fashion Week, Timo Weiland pivoted to a direct-to-consumer model in 2017. In February 2020, after a years-long hiatus, it relaunched with a streamlined assortment and a looser focus on DTC. Below, the brand’s namesake designer weighs the distribution models.

What’s key to success as a DTC brand?
You’re able to interact and have that conversation and that feedback engine directly with the consumer. The reaction time [is faster] and being able to be on a much quicker cycle is something that is a requirement — almost numero uno — for brands to have success. You’re not being reactive, it’s more like you’re working in tandem [with consumer behavior] — making adjustments, adapting. I use the word “lean” [to describe them] because DTC brands are just able to evolve. And efficiency is key.

What are the risks of selling via wholesale?
If you’re reliant on wholesale, it’s a very tricky and very risky way to operate, because so much is out of your control. Everything from placement and presentation in a physical store and on a website to margins to returns to chargebacks to date of payment — all of that is left to chance with [a retail partner].  It’s very haphazard, which is not great. Plus, there is inevitably a percentage of product that’s returned, so customer service is extremely important. At least [in selling DTC] it’s all handled by your brand, rather than through third-, fourth- or fifth-parties, like with these wholesale accounts.

Are retail partners entirely off the table for your company?
DTC will be the majority of the business. But there are innovative players in retail that we see as exciting partners. So we’re exploring potential partnerships all the time. We will never be reliant on wholesale again, but is it something that we’re not going to do in any form? No. We’ll always have some elements of it, but it will never be more than 20-40% of our business.

Are today’s retailers more accommodating than they once were, to earn brands’ business?
So much more. They’re taking less of a dog eat dog [approach], and it’s more: “Let’s cooperate.”

Are you on the traditional calendar, dropping seasonal collections in their stores?
No, we are not really married to the fashion calendar or fashion week. It’s more that we have a core assortment of tailoring and essentials that evolves over time.

Being at the intersection of fashion and health care fared well for eyewear companies in 2020.

Not every luxury brand is ready to go fur-free.

Brands are opening pop-ups again, but not in NYC.

With the void of travel and entertainment, people in the U.S. and China are spending on luxury fashion.