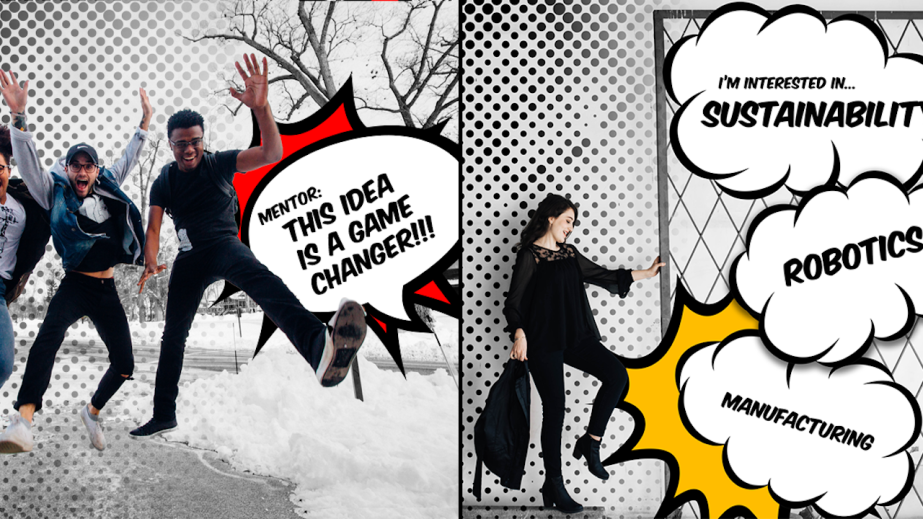 Fashion brands are relying on hackathons to limited effect

Innovation in the fashion industry doesn’t happen overnight. To compete, Ralph Lauren, like others, is hoping a hackathon may help.

On Friday, Ralph Lauren teamed with Wharton School’s Baker Retailing Center on the school’s first Ideathon, a 24-hour event attracting nearly 200 students across majors. The students broke up into 18 teams that competed for cash prizes by pitching solutions to one of three Ralph Lauren-defined business challenges: sustainability, “the store of the future” and personalization.

Mina Fader, managing director of the Baker Retailing Center who took the lead on the Ideathon, said Ralph Lauren was a fitting partner because it had buy-in from leadership, ensuring the event could spawn ideas with legs.  Along with Wharton faculty, judges included Ralph Lauren executives Janet Sherlock, chief information officer, and Molly MacDougall, vp of digital technology.

“We’re talking 24 hours, so it’s not that these exact things are going to be implemented,” she said. “But it’s a way for students to generate ideas for the organization and for the company to understand what this generation is talking about.” Ralph Lauren, did not respond to requests for comment on its next steps. The 53-year-old company, which has seen its fair share of highs and lows, posted revenues of $1.71 billion for the quarter ending September 2019, surpassing estimates.

Fader intentionally opened the event to non-retail students, knowing the value of diverse viewpoints for a modern retail company. Participating students were design, business, engineering, and arts and sciences majors.

Among them was Jonathan Muruako, a University of Pennsylvania alum set to graduate from Wharton in 2020 with a masters in public health. He was on a team of five, which won the personalization challenge. It also included an MBA student, a design student, a data science student and an undergraduate studying communications.

Muruako, who has plans to start a wellness company, said he saw the Ideathon as practice to pitch and as an opportunity to think outside of his usual focus.

Rima Reddy was on the winning team in the store of the future category, which was made up of first-year MBAs, all women. Prior to attending Wharton, Reddy had retail experience at XRC Labs, Marc Jacobs, Goldman Sachs and even Ralph Lauren. Her team’s project brought together social media, user-generated content and the in-store experience via scannable QR codes on products that could connect shoppers to Like to Know It.

“I learned a lot, but it was an opportunity for the brand to learn, too, about how fast and how cheap it can actually be to test these types of solutions,” said Reddy. “It doesn’t take a whole team of people and a year to launch something.”

It makes sense that Ralph Lauren turned to Wharton, considering the school is the unofficial incubator of the leading so-called challenger brands. Alumni have gone on to launch direct-to-consumer fashion companies including Warby Parker, Allbirds, Dagne Dover and MeUndies, to name a few.

Liz Bacelar, CEO of innovation consultancy The Current Global, said she orchestrated the first fashion-focused hackathon, held in 2013 and focused on creating startups. Traditionally, hackathons are intended for scouting talent and typically driven by HR teams.

“In my prior experience with hackathons, people would come up with the coolest ideas, but then the ideas would never come to life,” she said. “I wanted to flip that.”

To compete with faster-moving, more digitally savvy competitors, fashion companies are increasingly investing in hackathons aimed at driving their operations and products forward. The goal is to retain or establish their positioning as industry frontrunners, but the common one-and-done approach to hackathons leaves ideas dead in the water.

Since, fashion has embraced the idea of hackathons: Companies including Moncler, Moda Operandi and Kering hosted versions in 2019. But rather than hackathons, they tend to be white-boarding exercises, focused on ideas versus talent, said Bacelar. And, more often than not, they’re both a time suck and a gimmick.

“The exercise is pointless if there isn’t a plan of action post the exercise, and that’s where everyone fails,” she said. “Companies using it to do actual innovation need a post-hackathon plan that includes internal teams on how to implement the ideas. Otherwise, it’s just fashion as usual: an innovation echo chamber, where nothing comes of it.”