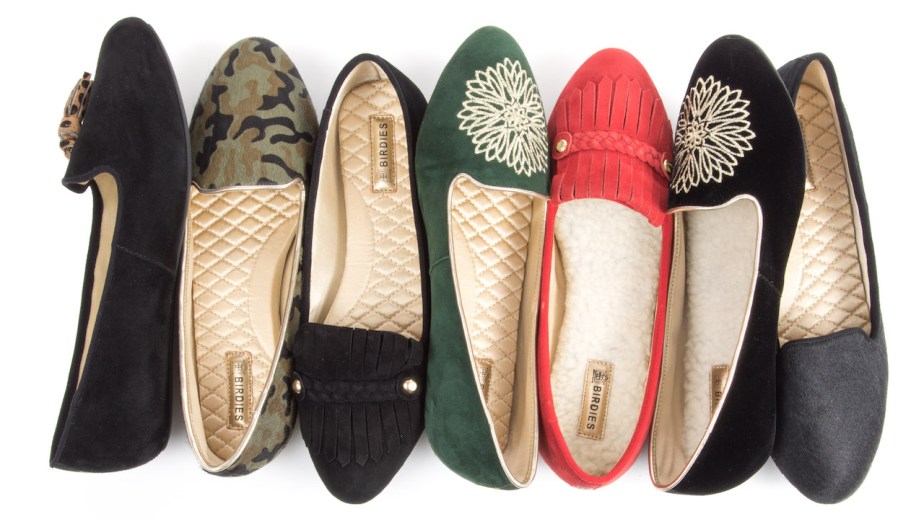 Fashion brands are experimenting with linear and connected TV advertising

Though a long list of categories suffered during the pandemic — the wedding industry, movie theaters, formalwear — television and streaming were among the lucky exceptions that managed to see a big boost

Americans watched nearly 40% more TV throughout 2020, and fashion brands took notice. While advertising attention has largely shifted to digital and social channels in the last 10 years, linear and connected TV have made a comeback. Global ad spending on connected TV increased by 25% in 2021, and it’s on track to reach $16 billion by the end of the year, according to Group M. Many fashion companies found surprising success with their efforts.

One was 6-year-old DTC footwear brand Birdies. Co-founders Bianca Gates and Marisa Sharkey star in a series of three 15-second TV spots, in which they talk about the history of the shoe brand. Starting on Monday, the ads have been running on linear TV, on female-skewing networks like Oxygen, Bravo and E!. They’re also running on streaming platforms including Hulu, NBCU and Discovery.

“We are a brand that has grown up connecting with our customers via a digital footprint or a ‘lean in’ experience,” Gates said. “We are now at a point where we want to engage with our customers in a new way, utilizing a ‘lean back’ approach by sharing our story in a longer format on a larger screen.”

Birdies isn’t alone. Michelle Cordeiro Grant, founder of the DTC intimates brand Lively, launched the brand’s first linear TV campaign in 2020. As Cordeiro Grant was impressed by the low cost and effective reach of the channel, she launched a second campaign in early 2021. While ad costs on Instagram have risen as much as 42% this summer, TV ads have only risen 5% this year.

“We saw these last two years as an opportunity for TV,” Cordeiro Grant said. “What are people doing right now? They’re inside watching TV. Our instinct there was right. It’s been great for filling in the top of the funnel and acquiring new sets of eyeballs in totally new areas.”

Cordeiro Grant said the TV spots Lively has aired have been simple, introductory commercials aimed at people who were not already familiar with the brand. The ads helped her to realize there were many areas with potential customers that the brand was underserving. In the middle of the country, in places like North and South Dakota, the brand saw triple-digit sales growth since debuting its first TV campaign last year, as well as a 30% sales growth among people in their 50s and older.

While TV can help bring in new customers, Gates said that Birdies’ goal was to hyper-target the very specific young female consumer that makes up the bulk of the brand’s base. It particularly focused on the West Coast, as the brand opened its second retail store in Los Angeles in July.

“It isn’t necessarily about reaching a new customer, it’s about reaching her in a new way,” Gates said. “Data shows that a person needs to see your message seven or eight times before it truly sinks in, and we want to do that utilizing a variety of channels including digital, out-of-home, physical stores and TV.”

The targeting abilities of connected TV were also appealing to Daz McColl, chief marketing officer at Neiman Marcus. In August, the retailer went through linear and connected TV to debut its Re-Introduce Yourself campaign, primarily to reach lapsed Neiman Marcus consumers and bring them back into the fold.

“We’re very data-driven, and connected TV is all about using data to target,” McColl said in August. “It’s a great channel because we can target very specific customers that we think would be a good fit for us.”