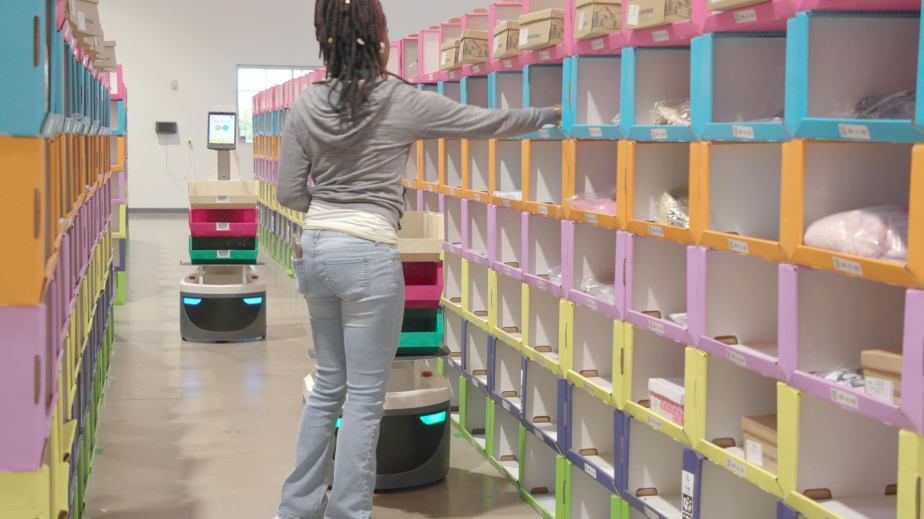 Fashion brands are embracing robotics, from the runway to the point of sale

During NYFW last week, Rag & Bone returned to the runway after a three-year break and, true to form, brought a technology twist to its show. The brand partnered with Microsoft to bring a giant robotic arm to its runway show, which captured 360-degree angles of the models and performers, and presented it to the audience in real-time on screens in the amphitheater.

It used cutting-edge technology, but its incorporation served more as a marketing tactic for Rag & Bone — and it’s a strategy the brand has come to rely on. To debut the brand’s Fall 2019 collection, Rag & Bone opted out of a runway show and instead hosted a dinner experience called “A Last Supper,” where it used AI to capture guests in attendance on video.

Though these stunts work to grab attention, where robotics is making an impact in fashion is behind the scenes. For example, many brands are currently using robotics to cut down fulfillment times in warehouses and speed up manufacturing, using robots to cut and sew fabrics at a faster-than-ever pace.

“Rag & Bone’s robotic arm was a real extension of what they’ve been doing with their larger marketing strategy — using flashy tech like AI to create branded experiences. Of course, I would consider it a bit of a stunt, but stunts are at the core of what fashion week is, so it makes sense here,” said Darin Archer, chief strategy officer of e-commerce software company Elastic Path. “The key moving forward is to figure out how brands can implement new technologies, not just for flashy experiences, but also to improve the experience wherever customers engage with the brand.”

Emily Wengert, group vp of user experience at advertising agency Huge worked with beauty brand SK-II this past summer to bring robots into the brand’s pop-up shop in Tokyo. The idea was that customers would walk into the store and tell the robot about some of their skin concerns, and the robot would then go through the space and pick out the best products for that person. In her experience, store associates were very much still part of the equation when robots were involved, although it was part of a temporary pop-up stunt, not a permanent location.

“We still had a lot of staff in the store, it just allowed us to create safe spaces for customers. The goals of the staff became a little less mundane. So instead of telling a human all your skin worries, which can be intimidating, we created a safe space for that. After people went through this process, it was interesting. They started to desire contact with a salesperson every time,” said Wengert.

Implementing robotics in warehouses is one key area that fashion brands can take a page out of the Amazon and Walmart’ playbook. Those brands have been using robots to speed up delivery and deal with massive amounts of returns for some time now, and fashion brands shouldn’t hesitate to follow suit, said Karen Leavitt, chief marketing officer at Locus Robotics, which provides retailers with robots as a service (or RAS).

“All fashion brands, unless they are true couture, have to have a means of delivering their goods to the consumer and store their merchandise in fairly large warehouses,” said Leavitt. Locus Robotics’ mobile robots travel through warehouses and are programmed to gather products — whether those are going directly to the consumer, one of the brand’s retail stores or to a wholesale distributor. Their purpose is to speed up fulfillment so brands can keep up with the pace of consumer demands, mainly next-day delivery.

Leavitt could not disclose specific brands that Locus Robotics works with, but noted a major beauty player as well as a big-name activewear company are using the robots, among many others. The company recently signed on a major global luxury brand, and works across footwear, apparel and activewear.

“It’s not a matter of replacing humans it’s relieving the need for as many humans. It’s a great symbiosis between humans and robot,” said Leavitt. For every human employee inside the warehouses, retail clients have about three robots. Each robot lists at $950 per month. If there are 20 people picking merchandise inside the warehouse, clients typically rent 60 robots.

With any new technology, there’s always concern around glitches and getting employees comfortable making use of its capabilities. Asos, for example, recently took a major hit, worth $25 million, due to glitches in its new Atlanta-based warehouse with automation. While the technology was able to retrieve the right products for orders, it wasn’t putting away returned items quickly enough.