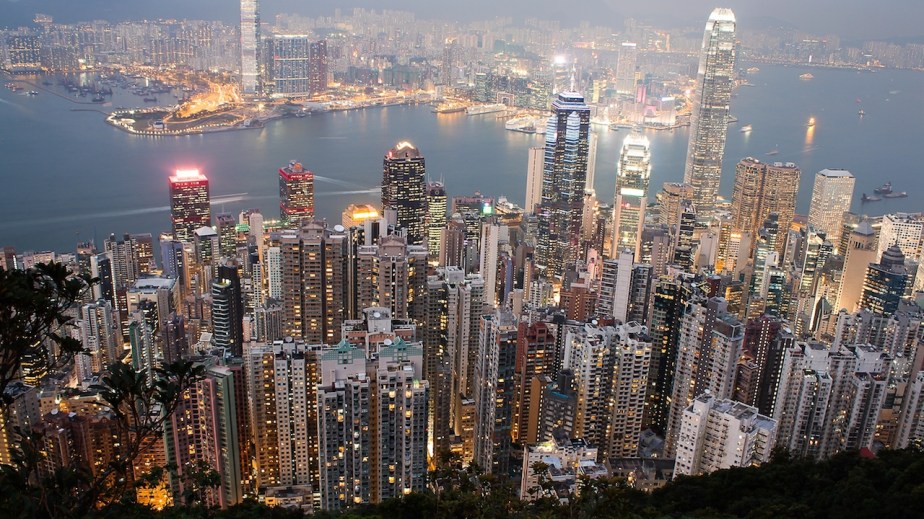 Under the “one country, two systems” principle instituted in China in the 1980s, Hong Kong and other parts of China are able to maintain a distinct legal system from the rest of mainland China. But when that careful arrangement was threatened earlier this summer, massive protests broke out in Hong Kong and have escalated ever since.

Luxury fashion brands, many of which count both Hong Kong and China as important markets, were nervous. But what exactly is happening with luxury fashion there, why does it matter and what are the potential effects that the situation in Hong Kong will have on the luxury market?

What’s happening?
The simple version is this: In April, the Chinese government introduced a controversial bill that would allow for criminal extradition from Hong Kong to mainland China, something that was not possible before and that critics saw as a path toward punishing dissidents and suppressing criticism of the government. Initially focused just on the extradition bill, the protests have escalated over the past three months to include demands for more democratic autonomy for Hong Kong, like universal suffrage for the election of Hong Kong’s parliament.

The Chinese government has shown few signs of caving to any demands, and tensions between protesters and the government have been high.

Why does this matter to luxury fashion?
On an immediate level, the answer is obvious. China and Hong Kong are among the most important luxury markets in the world today. The pace at which Chinese customers are buying luxury fashion has grown exponentially over the past decade. From 2011 to 2016, the Chinese luxury market grew from $15 billion to $16 billion, but in the last two years, it jumped up to nearly $24 billion; it’s the largest luxury market. China’s growth makes it a far more attractive market than other places in the world, even those that are also large luxury markets.

“The U.S. is still a strong luxury retail market, but it isn’t growing as fast as Europe, Asia and, more specifically, China,” said David Naumann, vp of retail marketing at retail software company enVista, pointing out that China makes up one-third of all global luxury purchases.

There have been innumerable stories in the past year alone showing how luxury brands have adjusted their strategies to target the Chinese market, from launching online flagship stores with big Chinese e-commerce platforms Tmall and Alibaba to targeting Chinese customers through WeChat.

Hong Kong, in particular, is one of the most important cities for luxury, making up between 5% and 10% of all luxury sales globally. Swatch Group, which includes brands like Balmain, Omega and Longines, reportedly does 14% of its sales in Hong Kong.

What effects have been felt so far?
Given the centrality of China and Hong Kong to the global luxury industry, any volatility in the market will have some effect. In the past few months, stores have had to temporarily close, including in the midst of Golden Week, which is typically a major consumer shopping period. Prada, L’Occitane and Tiffany & Co. have all specifically cited Hong Kong as being in a difficult spot right now, and pointed to the unrest there as the reason for flagging sales.

The numerous store closures, due in part to the conflicts in the streets, have contributed to a slowdown in Hong Kong’s luxury retail market, which has fallen significantly in the past few months. South China Morning Post reported in September that Prada will not renew its lease on its store on Russell Street in Hong Kong and that the landlord will cut rent by 44% on the next tenant in order to fill the space.

“In Hong Kong, where we have 10 stores and which is our fourth-biggest market relative to total sales — only after the United States, Japan and Mainland China — we’ve been presented with a unique set of challenges,” said Alessandro Bogliolo, CEO of Tiffany, in the brand’s second quarter earnings call last month. “Obviously, we hope for a quick and peaceful resolution to the unrest being experienced there, but in the meantime, we must acknowledge that the current situation is taking a toll on our business.”

Hong Kong has traditionally served as a gateway for Western brands looking to target a Chinese audience, but the deterrence of tourism to the city by the protests has harmed its reputation as a luxury retail haven.

LVMH still grew sales in China in the third quarter, though the company said in a statement that this was “despite a difficult context in Hong Kong.” The other major luxury groups, Richemont and Kering, have not reported their own earnings yet, so it’s unclear whether LVMH staying strong through the protests is a fluke.

What are the potential future effects?
The potential effects are both immediate and long-term. In the near future, it’s still possible that brands will get hit directly in their sales by having to close stores. Tiffany & Co had to close stores in Hong Kong, which makes up 5% of Tiffany’s total sales, for six days last month, and analysts have estimated that Burberry, which reportedly gets around 8% of its total sales from its 10 stores in Hong Kong, could lose up to $126 million this year due to not being able to move product there.

But there’s also a long-term danger to the protests, as well. The Chinese government is notoriously censorious, so brands have been stepping lightly around the protests. Tiffany & Co. backtracked when it posted a tweet of a model covering one eye, which was seen by some Chinese consumers as supporting the protesters, who sometimes adopt a similar position to echo the eye injuries received by two Hong Kong women in clashes with the police.

Non-Chinese brands have notoriously had a rough time with not arousing the ire of the Chinese market. Dolce & Gabbana, Versace and Coach have all made major gaffes that required swift apologies and damage control. But the Hong Kong protests are among the most fraught issues in China right now, and brands are being extra careful not to say or do — or be perceived to say or do — the wrong thing.

“A major concern for the fashion industry is the potential to be caught in the middle of the tension, whether it’s from disrupting the flow of goods to China or Hong Kong or being aligned with one side of the movement that either the company doesn’t agree with or being aligned with a side altogether,” said Richie Siegel, founder and lead analyst at Loose Threads. “This could happen if one side is seen wearing items from certain brands or seen protesting items of brands that participated. Beyond that, there might be logistical concerns about getting goods in and out of the country, but it seems the primary focus area is what brands are aligned to what side of the movement and how that reflects what the companies and their leaders believe.”
Ad rendering preventing in staging