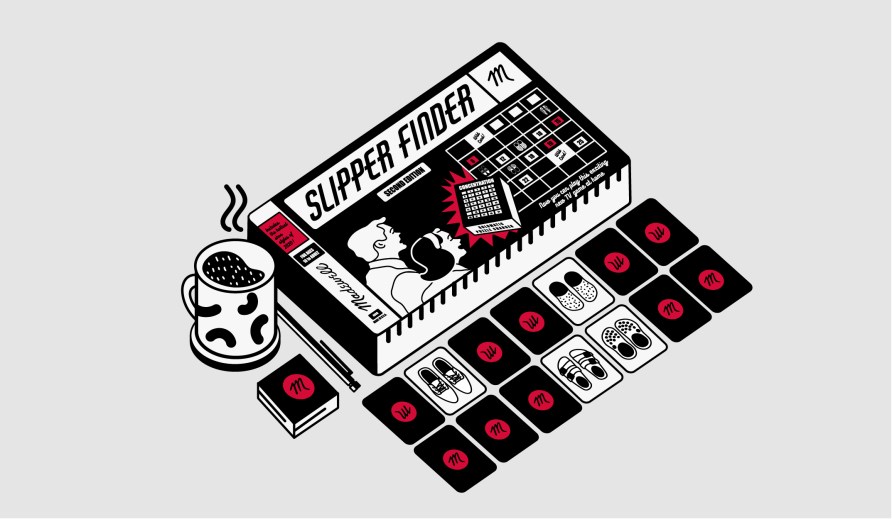 Every shoe is a slipper now

This story is part of Endgames, a Digiday Media editorial package focused on what’s next, what’s coming, and what’s being phased out in the industries we cover. Access the rest of our Endgames coverage here; to read Digiday’s Endgames coverage, click here; Modern Retail’s coverage is available here.

The slipper is the “it” shoe of the year.

Catering to consumers stuck at home, fashion brands across the board are increasingly coming out with comfortable, indoor-perfect shoes. Rather than “slippers,” they’re labeling them as mules, slides or clogs. And consumers are scooping them up like sweatpants.

“The ‘mulement’ is growing,” said Noah Thomas, an assistant editor at Highsnobiety and co-founder of the 1-year-old @muleboyz. The Instagram account, which exclusively posts pictures of mule styles, has a follower count of nearly 12,000.

“Our account blew up during the pandemic. The silhouette’s become so relevant,” said Jian DeLeon, co-founder of @muleboys, and men’s editorial and fashion director at Nordstrom. “People are leaving their houses for 10-minute spells at a time. You want inside shoes that can be outside shoes, or shoes you can leave by the door for quick trips.”

In its The Lyst Index report for the third quarter of 2020, the fashion aggregator noted a continued “upswing in demand for comfortable, slip-on footwear.” Demand for men’s sandals, specifically, increased 47%.

On the same note, resale platform StockX reported the “return of Crocs” in its end-of-year trend report, released in December. The company saw a 750% year-over-year increase in Crocs sales in 2020, not to mention a 400% boost in sales of Yeezy slides. From October to November, Crocs were selling on the platform for an average of $132, or 125% over retail. In January, they were selling for $90.

Of course, the idea of a shoe-slipper hybrid is nothing new. Crocs have been around since 2002, and Birkenstock has sold in the U.S. since the ’60s.

Plus there’s direct-to-consumer footwear brand Birdies, which launched to fill the white space of “stylish slippers for home entertaining” in 2015, said co-founder and CEO Bianca Gates. The company saw a 400% year-over-year boost in sales in 2019 when it started offering an outdoor loafer. In March of this year, it pivoted its focus again, to slides, which serve as an “indoor-outdoor hybrid shoe,” she said.

As a result, Birdies’ overall sales grew 200% in the summer, and the company saw its biggest sales day and month in November. For fall and holiday, the company stocked doubled the number of slippers it purchased for the same period last year — inventory that was meant to last three months sold out in five days. And a planned eight-week supply of a new slide style called the Swan sold out in three days. All but one of Birdies’ slide styles are currently sold out on its e-commerce site.

“Our business is healthier and more profitable than ever,” said Gates. “Our customer acquisition costs have gone down significantly, with people searching for a more elevated at-home, comfortable look.” The Google search terms the company is investing in include “comfort shoe,” “slipper” and “house shoe.”

Peter Henderson, Lyst’s corporate communications director, compared clogs’ and mules’ rise in popularity to that of pool slides. It was a “breakout category” in 2018, fueled by athletes and mentions in rap songs.

Along with comfort, Henderson said Crocs and mules offer people something new, at a time when they’re seeking “fantasy and escapism.” As such, they also play into fashion lovers’ habit of seeking out things that are “a little bit extreme, or kind of challenging or polarizing,” he said.

DeLeon echoed the sentiment: “There’s that aspect of certain fashion people wanting to try so hard to pull something off — not in a bad way, but in a way like, ‘I could really freak this,’” he said, of the mule trend.

Wearing them out “just comes down to being confident in your personal sense of style, and appreciating them from an aesthetic and a comfort standpoint,” said DeLeon.

And people should get used to it, because — like the athleisure trend — mules and clogs are set to stick around.

“It’s one of those things that maybe won’t be undone [post-pandemic],” said Henderson. “Many people are drawn to Crocs during this time, because they’re practical. But we’re kind of crossing that line where they’re catching on, they’re comfortable, and people are going to want to wear them when we get back to normal.”