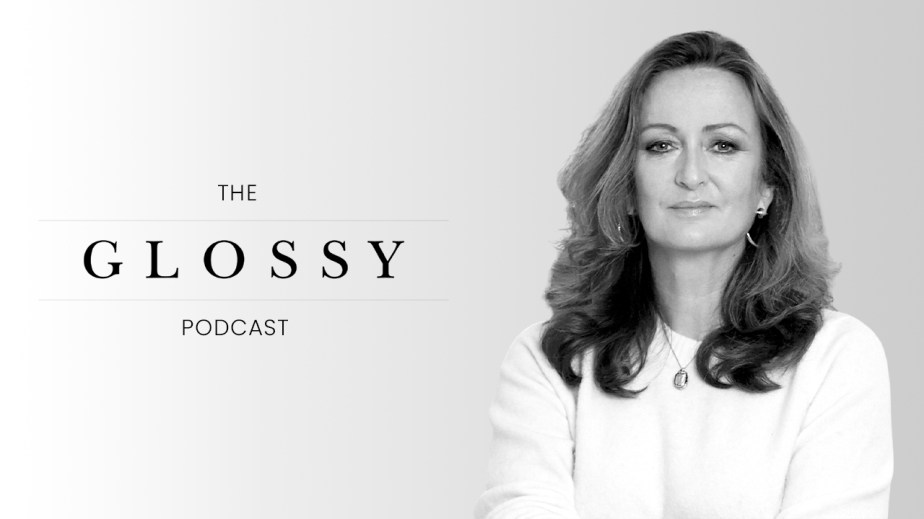 Drest founder Lucy Yeomans: ‘There’s been a massive shift in how luxury brands speak to consumers’

Because Drest is centered on bringing together notoriously slow-to-evolve luxury fashion brands and innovative gaming technology, it would seem that founder and co-CEO Lucy Yeomans has her work cut out for her.

But with more than 20 years of experience working with luxury fashion brands, she knows how to speak their language.

“I thought it was going to be much, much tougher than it was [to get brands to sign on to the platform],” Yeomans said on the Glossy Podcast. Among clinchers was the high level of engagement among Drest users — spending 17 minutes to create a look on the app is normal, she said. Drest’s elevated look and feel were also factors.

“[Brands] understood that the environment we created was completely luxurious and respected, that [it followed] all the codes of luxury, and that it was an amazing place to talk about their DNA in a very, very different way,” she said.

Formerly editor-in-chief of Porter magazine and British Harper’s Bazaar, Yeomans has also had to get acclimated to the fast-paced gaming world since launching Drest in October 2019: “I’m used to being somewhere where you develop an app and you move on, and you come back to it maybe three years later,” she said. “In gaming, we are changing the product every two weeks.”

The speed of gaming
“We went out to market with Gucci as our launch partner. But it’s interesting in gaming; we probably [launched] slightly too early for most established gaming companies. So we’ve really been using the last year and a half to make sure that we’re developing the game, that we’re stronger in our features, that we’re iterating all the time. It’s one of the most exciting things about being in the gaming space. I’m used to being somewhere where you develop an app and you move on, and you come back to it maybe three years later. In gaming, we are changing the product every two weeks. We’re looking at how users are styling, how they’re playing, what features they love and don’t love. We look at that data, we analyze it, and then we’re back fixing the product, changing it and moving it on. So we actually have, at the moment, a really big period of development ahead of us for the next six months, which is really going to evolve the strength of our product.”

Selling gaming to luxury brands
“I thought it was going to be much, much tougher than it was. The majority of brands were incredibly receptive to the idea. I think that [was] once they understood that the environment we created was completely luxurious and respected, that [it followed] all the codes of luxury, that it was an amazing place to talk about their DNA in a very, very different way — when we work with a brand on a [Drest] mood board, we can we can really play to the elements of their DNA… Plus, Drest has such high engagement — just the time that the players take [using] it, it’s unprecedented in the luxury space. So that also really helps. But [overall], there’s just been a massive shift in the attitude of how luxury brands speak to the consumer today. Gaming is obviously a trend that’s on the rise. And when we went out to market, we probably hit at just the crest of the wave, just as everyone was kind of like, ‘OK, this could be interesting. This could be exciting.’ But, of course, there are some who are still grappling with our own e-commerce sites. Brands are at different stages of their digital evolution.”

Democratizing fashion
“One of the things that really excited me about Drest was that ability for us to potentially find the next generation or the next league of influencers. And for me, I’ve always found that it was quite a small pool, that you either had to have access to the products, which probably meant working in the industry, or you had to look a certain way. And I love the fact that, on Drest, we’ve got players who are literally killing it with their looks. We’ve got probably 500 [players] who literally get five stars every time they play, and they’re really inventive and directional with the looks that they create. We know that one of them is an accountant in Tennessee. It’s really interesting to see. I love the idea that this is a place where everyone can come to express their creativity and where there really aren’t any barriers to entry, as there are in the real world.”

The future of shopping
“You need to be distributing wherever your consumer is. And of course, at the moment, we’re in this incredible tech moment where we’re able to really facilitate that in a way that we’d never been able to before. Anything that’s mobile-first is absolutely front-and-center at the moment — China’s [way] ahead in this. Mobile phone versions of TV shopping channels, social apps, shopping, livestream shopping — all of these different elements are exciting, and I would put gaming in that bracket, as well. I think it’s about harnessing a wider sales network and the highly engaged, next generation of fashion lovers and shoppers, and that’s very much what Drest does. It’s interesting that, just days ago, TikTok, which had previously announced a partnership with Shopify, also announced that they’re going to be releasing their shopping tools. We’re going to find that the shopping experience is going to be integrated more into social and entertainment experiences. That’s the next stage of the shopping experience.”