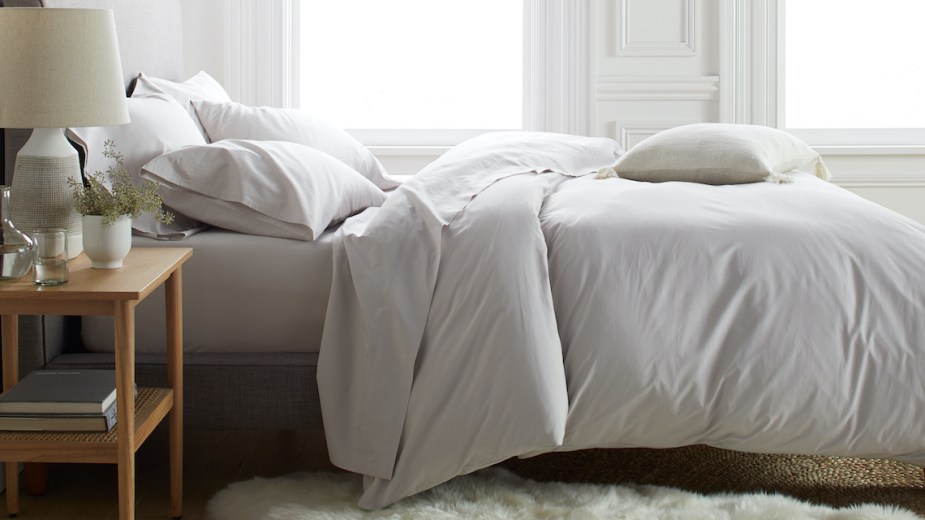 Bolstered by strong growth throughout 2021, Quince, an online DTC retailer with a direct-from-manufacturer business model, is taking on new venture capital funding.

On Tuesday, the company announced a $50 million Series A investment, marking its first official round of funding following a $14 million raise prior to its 2018 launch. The investment is led by Insight Partners, an investor in Shopify and Twitter, with additional participation from Founders Fund, Basis Set Ventures, Lugard Road/Luxor Capital and 8VC.

For Quince founder Sid Gupta, the wait to raise funds until three years into the company’s lifecycle was motivated by his philosophy on fundraising.

“Some people raise money just to raise money,” Gupta said. “But we waited until we saw the opportunity to deploy the capital efficiently for specific purposes. The business has been accelerating a lot on its own in the last year, and now we have the perfect opportunity to put the money from our investors to good use.”

Gupta said that 2021 was a big year for the San-Francisco-based company, with its revenue growing 15X year-over-year and its annual run rate reaching $100 million. Now that the company has a proven workable business model, Gupta said he feels comfortable with outside investment.

The pandemic surge in e-commerce and a desire for better deals are two of the factors that have contributed to the company’s growth, Gupta said. Companies like Beauty Pie and Italic, which have similar direct-from-manufacturer business models, have also grown. Jeremy Cai, founder of Italic, told Glossy in October that he doesn’t consider other companies with similar models to be competition. Instead, he said, the direct-from-manufacturer model is one with a lot of room for growth for all players. Italic once required a subscription to shop, while Quince never did. Italic has since dropped the pay-to-shop model.

Gupta said Quince’s new $50 million will be used for three purposes: hiring more than 100 employees in the next six months, improving the company’s back-end technology and expanding into new categories. More than half of Quince’s employees work on the engineering or tech side of the business.

Gupta said the business model, which gives customers luxury-quality goods at lower prices than competitors by selling them straight from the manufacturer, attracts shoppers outside of apparel. Quince launched a home decor category last year, which has ballooned from a few percentage points of the business to 35% of all sales in just one year.

“Our customers are hungry for new categories with our price and quality,” Gupta said. “We’ll deepen our involvement in apparel and home, obviously, but we’re testing several new categories to launch in the next year.” Gupta declined to say which categories Quince is eyeing.

Gupta said the reasons for Quince’s growth aren’t complex. And the plan for the future is just as simple: “We’re selling things at 50% lower than similar items at luxury brands,” he said.