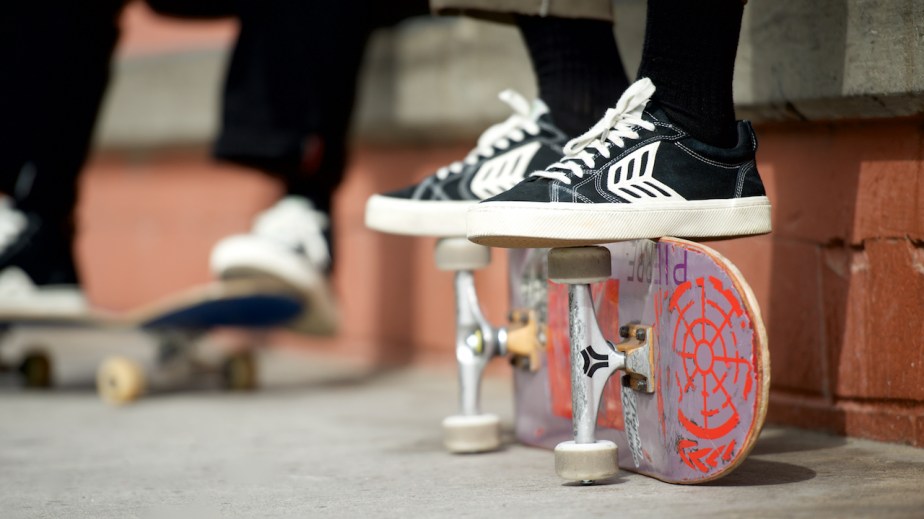 The footwear brand’s plan for getting closer to these audiences and other groups is through content, insider endorsements and product collaborations. And the goal is “to create authentic energy from each core [audience] that will grow and impact a much broader spectrum than that niche,” said Cariuma co-founder Fernando Porto. It calls to mind the trajectory of streetwear, which has roots in hip-hop, skate and surf cultures — it’s now reportedly a $185 billion industry.

Porto and co-founder David Python, who both grew up skating and surfing in Brazil, launched the brand in 2018 after working together at Arezzo & Co., which owns shoe brands including Schutz. Coincidentally, since October 2019, Arezzo has run the operations of skate brand Vans in Brazil. Reportedly, 70% of Vans’ sales come from the southeastern region of Brazil. The annual revenue of VF Corp-owned Vans topped $3 billion in 2019, but its growth has been slowing.

Porto said the white space he and Python aimed to fill was shoes that are equal parts cool, classic, comfortable and sustainable. “Everyone complains that Vans and Converse aren’t comfortable,” he said. “And more people are caring about sustainability.”

Porto and Python targeted fashionable and conscious consumers out of the gate, and after Cariuma found its footing and began to see growth in 2019, they decided to zero in on the niche audiences were it was seeing traction; for example, skateboarders had often posted on social channels about wearing the shoes, and sent the brand requests for skate styles via emails and DMs. It was no surprise, considering the shoes were modeled after skate shoes from the ’70s, said Porto.

Called the Catiba Pro Skate, the new shoe was designed with feedback from well-known skaters including Mike Vallely and Steve Berra, co-owner of legendary, L.A.-based skatepark The Berrics. The latter said his participation was motivated by the brand’s “commitment to the culture.”

The shoe’s features that are catered to skaters include slip-resistant soles, which are made from raw natural rubber, and insoles incorporating bio-based cork and mamona oil for ample cushioning and impact absorption. The upper is triple-stitched to provide maximum durability.

While surfers and sustainability seem to go hand-in-hand, skateboarders have more of an “I don’t give a fuck” attitude about sustainability, and everything else, said Porto. He said the brand is intentionally working with influential people in the skater community to push the message that it’s “cool to care,” with an aim of “impacting a lot of kids in a positive way.”

To deliver the message, the company relies on an in-house content team and a handful of content creators that includes videographers, photographers and artists. Recently, it’s been leaning into video and also diversifying its marketing mix; current focuses are social media, niche media, native ads, affiliates and print.

Another skate collaboration will launch within the next six months, and two collaborations with surf community influencers, including pro Italo Ferreira, will roll out in the next eight months. Cariuma will introduce a total of six new products between now and the middle of next year.

To get in front of those passionate about design — the brand’s third target demo — Cariuma has released collaborations with artists including Toz, John Paul O’Grodnick and Baron Von Fancy. It’s also collaborated with Pantone on two sneaker collaborations since August; a Color of the Year 2020 style sold out in five days and amassed a 5,000-person waitlist. The brand declined to share the quantity produced.

Porto said the company made some mistakes in 2018, like pumping a large cut of its budget into digital marketing. And he was quick to point out that Cariuma is not a direct-to-consumer brand, though its e-commerce site drives 90% of sales. It’s instead “channel agnostic,” selling through channels that improve brand perception and allow the brand to control pricing, said Porto. Its current retail partners include Selfridges, Farfetch and Lane Crawford.

He said what’s holding the industry back from prioritizing sustainability is the costly technology and materials required to go there. Cariuma, for its part, has rereleased its signature OCA shoe six times, with around 15 adjustments total — many of the changes were made in the name of sustainability.

“Style and quality come first for the consumer,” said Porto. “But if you don’t do the right thing and your practices are not what the consumer would be proud of, then you’ll be penalized or eliminated.”

After seeing a 15% dip in sales in March, the brand has had record sales every month since May. Porto said the brand is focused on profitability and has taken investment from undisclosed partners; he declined to share sales figures.

Help us make your experience with Glossy even better by taking a quick survey. Respondents will be entered to win a $25 gift card.