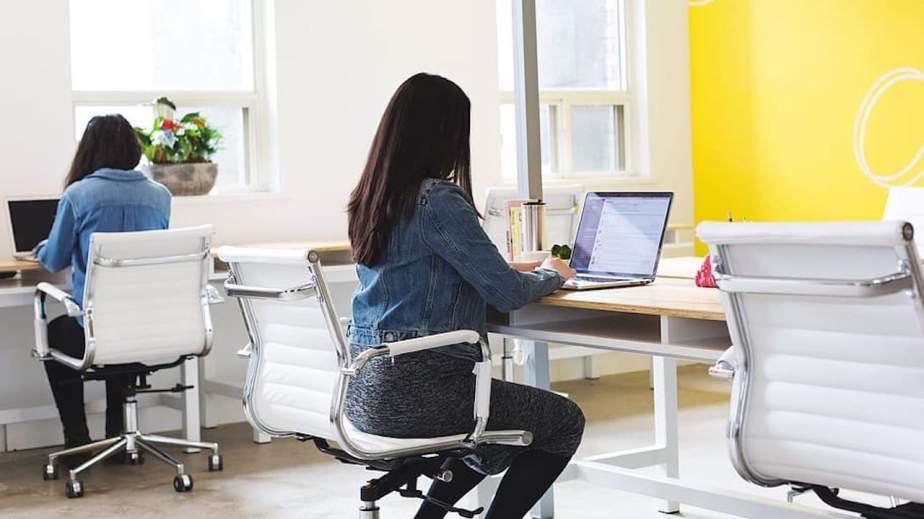 Despite the shift to WFH, fashion brands are investing in new office spaces

While fashion brands in the U.S. are working hard to reopen stores, they’ve been slower to move their employees back into offices. But, now that vaccinations are becoming widespread and business is happening IRL, some have made the decision to reinvest in office space.

Officine Générale, a French brand that just received a funding round for expanding in the U.S., is opening an office in New York this month. It plans to open 10 stores in the country over the next three years. Founder Pierre Mahéo, who is based in Paris, said that even though he typically visits New York around once a month, he and his team felt they couldn’t get a solid handle on the market without some sort of office space in the area.

“Having an office in another region is really important,” Mahéo said. “For European brands, if you want to sell in the U.S., you should recruit American people. There’s a culture that they understand, even if you visit the country all the time, that you won’t get unless you have a permanent presence there.”

Not only can an office be good for the culture, but it can also serve practical needs like housing excess inventory and samples.

But even brands based in the U.S. are finding reasons to invest in office spaces. For companies with multiple brands under one umbrella, the drive is to keep the business strategy unified. Suzy Biszantz, president of Favorite Daughter, Hervé Léger, Hudson and Joe’s Jeans, which are all part of Centric Brands Group, told Glossy that she signed a year-long lease in April on a large office complex in the Arts District of Los Angeles. Employees for those four brands will work from there, saving operational time and allowing for easier sharing of resources.

The four brands have taken over the two-story, 28,000 square feet building — each has a dedicated space and even its own entrance. They’ve been operating from the new office for about a month now. Previously, all four brands had small separate offices around Los Angeles, except for Favorite Daughter which never had an office before.

“The building is truly built for design collaboration and content creation with an array of indoor and outdoor spaces for teams to meet and engage, allowing the ability to navigate through Covid-related concerns in a safe way,” Biszantz said.

Mickey Drexler, former CEO of J. Crew and Gap and currently executive chairman of Alex Mill, said that for an established, large apparel brand, some sort of physical office space is a practical necessity, given the reality of how product is developed. Sending dozens of iterative samples of a product around the country to all the people who need to approve it can be wasteful and time-consuming, Drexler said.

“New York is important in our world,” Drexler said on the Glossy Podcast in mid-May. “There are some jobs, like maybe IT or something, where it’s less important. But I find, for apparel, there’s an amount of spontaneity and creativity in an office. You see someone, you can call them over. But a lot of big fashion companies I know are coming back to the office by Labor Day.”

Designer Hillary Taymour, founder of Collina Strada, echoed Drexler’s statement, telling Glossy that she and her team have been back in the office since June.

Both Mahéo and Biszantz declined to say how much they’re paying for their new office leases, but rent prices for offices have dropped since the pandemic as companies like Airbnb have closed headquarters they’ve deemed no longer necessary. According to Bloomberg, New York office rent prices have fallen 14% since the pandemic began, dwarfing drops in other cities including London, Hong Kong and Singapore.

And it’s getting easier to negotiate for those offices. According to Globe Street, landlords in the U.S. are seeing an increase in requests for short-term leases and, desperate for tenants to fill empty spaces, they’re often complying.

“Landlords are much more flexible with their lease models right now,” said Stephan Schambach, CEO of retail platform NewStore. “They want any deal they can get.”