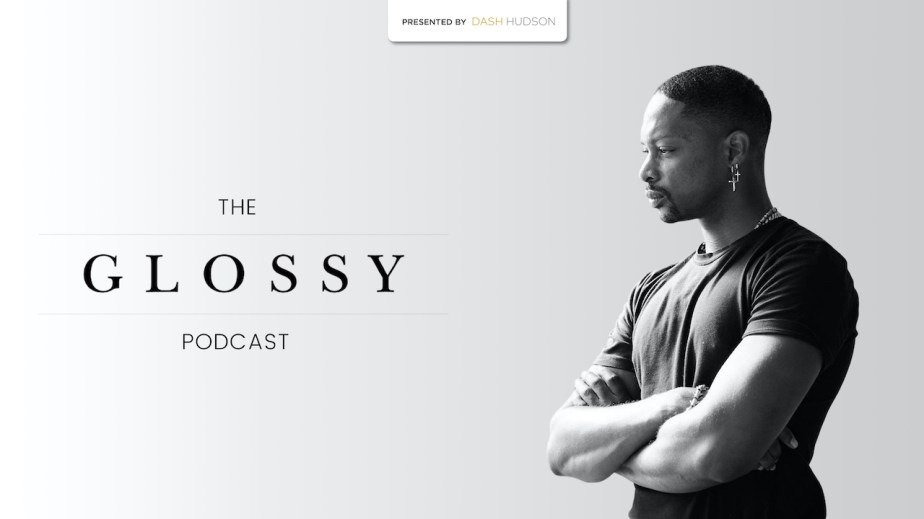 The ongoing demand for LaQuan Smith’s signature sexy designs is both a blessing and a curse, as he put it on the Glossy Podcast.

“It was a very humbling experience, because I had to find alternative ways to still be able to produce these orders,” Smith said. “Thankful they didn’t get dropped, but also, damn, because I’m now in a compromised position: How do I get these done, how do I fulfill all these orders on time?”

Smith pulled it off by having his cutters work from home while “packing and shipping from my living room,” he said. To him, the fact that his designs are in demand despite a pandemic gives him further confidence in his self-named brand, which he said faced significant doubts when it debuted in 2013.

But he said he’s recently faced tokenism, whereby his achievements as a designer have been flattened by his grouping with other Black designers.

“You can’t group me with [someone] who just started designing three months ago on Instagram. That’s not fair,” Smith said, referring to the lists of Black designers to support, that have recently surfaced across media channels. “They’re putting all these Black designers in one box. To me, this is not the way you do that. If you want to really celebrate designers of color, you do it the right way.”

You can still dress up for an audience of one
“There’s still ideas that are formulating [around] sensuality, being at home. Even though we’re going through a hard time, people need escapism, at the end of the day. Aside from watching news all day or going on social media and experiencing all this trauma, a form of escapism is turning on some music and getting dressed and sort of projecting: ‘When the quarantine is over, these are the looks that I’m going to break out.’ Or, ‘Let me get my body in shape, because when the quarantine is over, baby!’ It’s all these thoughtful, hopeful, happy, exciting moments that people want to get back to. Are we going to be in this situation forever? No, this is just the current state that we’re in.”

Why he wants to stick with capsule collections
“Right now, I like these exclusive capsule collections, because it makes people want it more. I don’t want to get into this whole production calendar of having to do fall, winter, spring, summer, resort, pre-fall — because it’s suffocating, and it feels like you’re running on this crazy time machine. To be honest, trying to produce a collection in six months isn’t even realistic. We don’t even really have six months. All those collections in between? [No thanks,] I’m good. I think I’m going to do what works for me right now. When the company expands and grows, and we decide to branch into that realm, that’s what it’ll be.”

The pandemic’s impact on product orders
“I had very small … not cancellations, but some of the buyers scaled back on some styles and expensive pieces. But as far as the orders, everyone followed through with their orders. It’s been so crazy for so many people. I can’t imagine having, say, a $100,000 purchase order, putting everything in production, and then somebody saying, ‘We’re not going to move forward.’ That would have been such a nightmare. But I was shipping [sewing] machines out, and I was packing and shipping from my living room. I had my cutters cutting from home. We were really hustling and doing things from home. It was a very humbling experience, because I had to find alternative ways to still be able to produce these orders. The buyers were like, ‘We understand it’s a pandemic, but we still want our shipment.’ I was like, ‘Man!’ Thankful they didn’t get dropped, but also damn, because I’m now in a compromised position: How do I get these done, how do I fulfill all these orders on time? I’m thankful and blessed because we did that.”

‘The industry will pigeon-hole you’
“I would be asked to do something custom for a top magazine, but only when a Nicki Minaj was on the cover. I’m grateful for that, I love Nicki Minaj. But why not call me when you have Scarlett Johansson or a Zoë Kravitz? Sometimes the industry will pigeon-hole you. They think they know who you are, but they don’t. That was one of the reasons why I took on a lot of these partnerships [with retailers like Revolve], to branch out and show that I’m beyond what you think, beyond this designer who just makes leggings or a sexy crop top. There’s so much range to what I have to offer.”

Tokenism is clear when there’s no real distinctions
“We’ve been here. Now that the country’s in an uproar, a lot of people are over-compensating to show ‘I’m not racist, I’m not racist,’ but you’re grouping all these random designers in one box. I’m not trying to take away from anybody, but you can’t group me with Keisha, who just started designing three months ago on Instagram. That’s not fair. They’re putting all these Black designers in one box. To me, this is not the way you do that. If you want to really celebrate designers of color, you do it the right way. It’s evident. Me, Telfar [Clemens], Shayne [Oliver]. There’s so many designers that have been here and doing the work. And I still find myself trying to, in small ways, prove myself.”