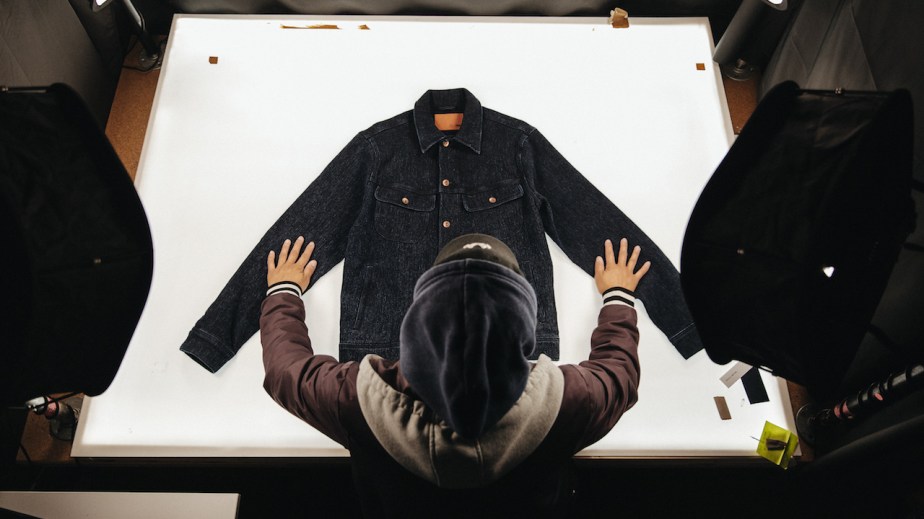 The modern male consumer wants products that last, and whether they know it or not, that translates to a desire to support sustainable brands. For Taylor Stitch, the 10-year-old San Francisco-based menswear company specializing in responsibly made, tailored casualwear, that works to its advantage.

“It’s changing, but as a whole, men just want to do what’s easy; they don’t like the process of buying things. Women are more invested in that responsibility message,” said Michael Maher, co-founder and CEO of Taylor Stitch.

Sustainability has remained relatively absent from the male-dominated streetwear market, and though sustainably minded brands like Everlane and Levi’s sell both men’s and women’s styles, women’s brands known for being sustainable — Reformation, Mara Hoffman, Eileen Fisher, the list goes on — outnumber men’s.

Even so, Taylor Stitch has remained centered on five pillars of responsibility:

1. Create a product that’s going to last. “It’s the most sustainable thing you can do as a brand in retail,” said Maher. This has been a focus for the company since around its launch, when it moved from making shirts in Hong Kong to making them in the second-oldest shirtmaker in the U.S., where the founders learned about fit, fabric and fabrication. In 2011, the brand expanded beyond shirts to jeans and chinos, and it’s now a full men’s line.

2. Use raw materials that don’t hurt the earth. In 2017, the brand was using 0% organic cotton. It now works uses organic cotton 95% of the time with a goal of hitting 99% next year. It also incorporates recycled nylon and polyester, and sells a recycled T-shirt line. “We want to be what Patagonia is to the outdoor world to the regular [fashion] market,” said Maher. “For Patagonia and ROI, it’s marketing: ‘We’ll protect your outdoor playground if you shop with us.’ We just think we should protect the earth because there’s one of them and we’re not doing a good job of it.”

3. Take care of your people. Maher said Taylor Stitch pays a prevailing wage to all employees manufacturing its goods, plus it’s established development funds, providing workers with boosts in pay when the products they make are involved in reaching company goals.

4. Don’t overproduce. Taylor Stitch launched Workshop on its site in 2015, which acts as an internal Kickstarter or crowdfunding platform and incorporates proprietary software. New products are introduced on Workshop every week, and customers can place pre-orders, which serve as “demand signals” of how a product will sell over time. The brand then produces eight to 10 weeks of inventory based on that demand, later replenishing as needed. Styles ship six to eight weeks after the campaign closes. More than 95% of of styles featured on Workshop end up being produced, and customers who pre-order save 20% on styles. To date, 600 products have launched on Workshop, saving 25,000 customers $3.5 million. “The customer is always on our journey with us,” said Maher. “It’s not a bunch of merchants sitting in a room, fighting about whether to make a black or white shirt. That’s a broken ass model.”

5. Keep clothing out of landfills. In late May, the brand launched Restitch through a partnership with Yerdle, which enables brands including Eileen Fisher and Patagonia to own their own resale by managing aspects like ecommerce and warehouse logistics. Restitch works as a Taylor Stitch vintage store, with six drops of recycled styles a year. Customers send back used styles for credits to shop — $10 for shirts, $20 for outerwear — then the styles are repaired and resold. The styles are more affordable than the main Taylor Stitch collection, offering a range of shoppers an entry point to the brand. In the first day, 75 percent of the first drop sold out. According to Maher, possibilities for expanding the program include accepting “corporate swag that sucks,” in addition to Taylor Stitch styles, so they can be recycled into something customers want to wear.

According to Maher, Taylor Stitch sees annual revenue in the eight figures, with 85 percent of sales coming through its direct-to-consumer site. It also has two stores in its homebase of San Francisco and select wholesale partners that work as marketing — they include between 40 and 50 boutiques where associates “tell the brand story well” and bigger online accounts like Huckberry. It’s raised just $2 million to date and currently has a staff of around 20. “Pretty much all” marketing dollars go to digital advertising, and 60 percent of traffic is organic. The company sees high repurchase rates, with new customers shopping four times in the three years after discovering Taylor Stitch and spending $600. The average shopper is between 25 and 40 years old.

“We want to continue to iterate and to be at the cutting edge of giving a shit about the environment and about our customer, and making that customer experience better, because that’s what makes you grow,” he said. — Jill Manoff