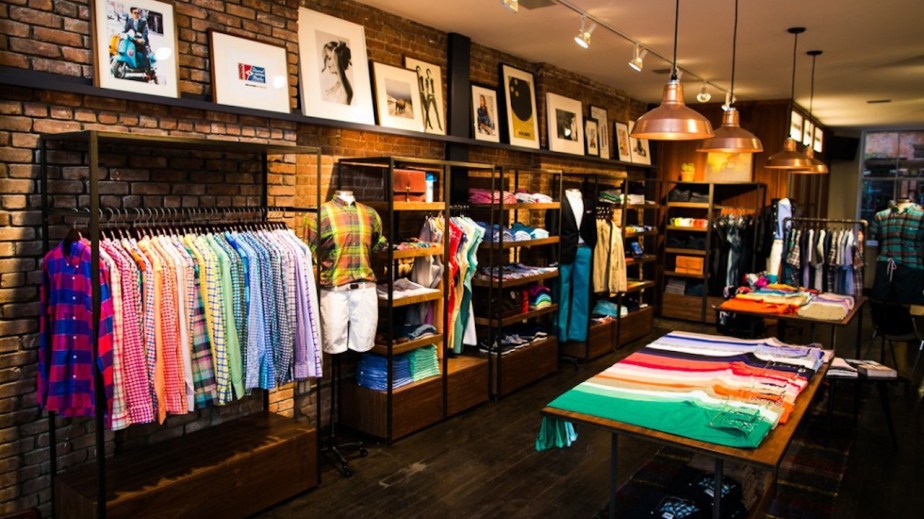 ‘Customers aren’t going there to shop’: How DTC retailers are prioritizing foot traffic and in-store sales

Direct-to-consumer brands from Everlane to ThirdLove are turning to physical retail to accelerate growth, as the cost of digital advertising continues to rise. However, a recent study from global location data technology company Blis found that many DTC brands opening their own permanent retail locations are seeing less foot traffic than they likely anticipated.

For its research, Blis centered on physical stores in New York, Boston, Chicago, Los Angeles and San Francisco, and used geo-fencing technology to track the number of customers visiting those stores. It found that Casper was far ahead of brands including Bonobos, Rent the Runway, Away and Allbirds, in terms of visitors per location between May and July of this year.

Allbirds saw more customers shopping online, rather than visiting stores, per Blis’ data, but a spokesperson for the Allbirds brands said its stores have delivered, “strong financial results.”

“There has also been a local halo effect on digital sales in cities where we have brick-and-mortar,” the spokesperson said. “This is a great indication of consumer engagement around our retail strategy and is encouraging us to invest more deeply in the expansion of our footprint.”

Bonobos, Rent the Runway and Away saw a relatively steady flow of foot traffic over the three-month period, but Casper’s traffic was next-level, said Mariana Fletcher, insights manager at Blis.

For a company like Casper, the higher foot traffic makes sense, Fletcher said. People want to touch and see the product, and consider all available options before making a big ticket purchase. Blis’ data showed that, out of seven DTC brands, 56% of in-store shoppers were visiting Casper.

Wellness brand Blume found that, by moving into physical retail through long-term pop-ups in New York City as well as Vancouver, local customers were inclined to come to the stores, ask more questions about the products and test them out, said Taran Ghatrora, CEO and co-founder of Blume. The brand sells organic pads, tampons and face washes, as well as an essential oil roller marketed to help period cramps.

“When we go in to tracking any kind of metrics from a pop-up, we don’t necessarily just focus on top-line revenue,” said Ghatrora. “You may not always see in-person sales as a direct result of a pop-up or retail space, although we usually do see it spike. But often, online sales spike, as well, as a result of offline activations. As a result, we tend to keep our pop-ups much more experiential.”

When the brand hosted events in the pop-up space, Ghatrora said the space was packed, driving up foot traffic, which in turn led to sales. Blume relies on its own social channels, mainly Instagram, and an email newsletter to existing customers to drive that foot traffic for events.

Lively has also seen that, by focusing on community events, foot traffic to its NYC store (and its newest store in Austin, which opened last week) goes up. So far, the brand has put very little paid media behind promoting the store, with the exception of Google search, but has instead relied on its community of ambassadors, or influencers, to drive traffic.

“We’ve seen profitability in our stores in less than six months through this strategy,” said Michelle Cordeiro Grant, founder and CEO of Lively. Plus the brand has focused on developing a space where customers can come in, pick up a LaCroix at the front of the store and sit at any of the tables set up throughout the store to hang out. “People don’t need to shop in real life. They are choosing to, and they are choosing to because they are looking for human experiences and places to interact with family and friends,” she said.

DTC brands that focus purely on driving sales and revenue growth, or treat the in-store experience as an afterthought, are the ones that are falling behind in physical retail, Fletcher said.

“Customers aren’t necessarily going to these stores to shop; they are OK with shopping these brands online. When these brands come offline, they really need to bring not only the experience and the touch and feel of their products, but they also need to insert their technology,” said Fletcher, whether that’s using Shopify to eliminate cash wraps or inserting tech-enabled fitting rooms, like Rent the Runway.

For young DTC brands, the decision to open a standalone retail space often doesn’t make sense early on. Many young brands today have found that entering into agreements with multi-brand retail spaces, from Re:store to Bulletin, is the best way to test physical retail without all the risk.

“For us, opening and operating a brick-and-mortar as a standalone store doesn’t make sense from a business model perspective. However, we’ve found that customers like to engage with and interact with the brand in-person, so wholesale and retail partnerships have been a great way to provide that extra touch point and brand validation,” said Polly Rodriguez, CEO of Unbound Babes. “[We have] partnered with selective wholesale retailers like Neiman Marcus and Opening Ceremony, as well as startups that are creating opportunities for digital DTC brands to have a physical presence, like Bulletin and Re:Store.”