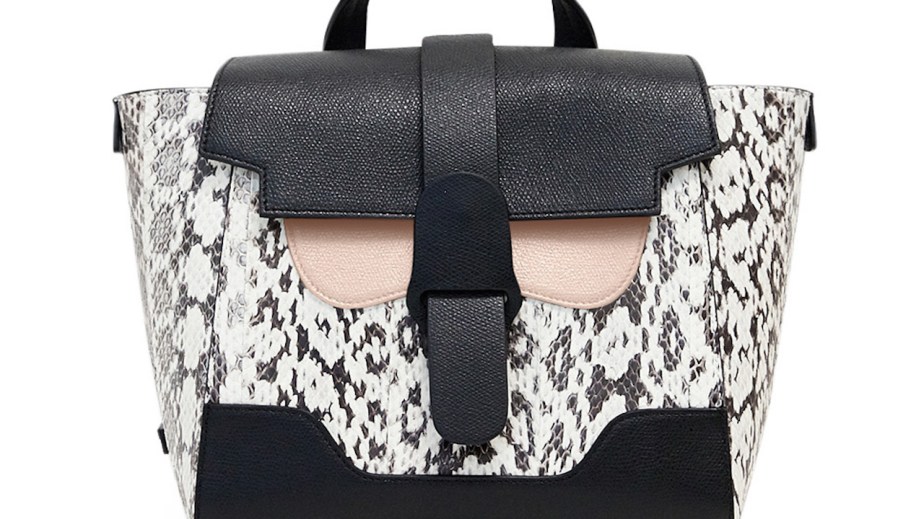 The pandemic has caused department stores and other retailers to shut down, and brands to rethink how they’re selling.

More brands are now looking to direct sales to help them maintain control in an unstable time, but working with third-party retailers still holds some appeal. As new ways of doing business, brands are turning to e-commerce players like Net-a-Porter and especially marketplaces like Farfetch, the latter of which don’t buy any inventory from the brands.

On this week’s Glossy+ Talk, Coral Chung, co-founder and CEO of Senreve spoke about how her brand has navigated those different channels, what pros and cons she sees in each, and how she weighs which retail partners to work with.

Wholesale partnerships still offer some advantages
Despite the widespread move to direct sales, and that Senreve is a primarily DTC brand, Chung said she still sees a lot of value in the right retail partners. In her mind, they can offer three important things.

“The first is brand credibility,” Chung said. “We’re still a younger brand, and it’s important to establish those relationships because they can help you get established. Being on certain platforms can be really valuable from that perspective. The second is reach — for example, geographic reach. Some platforms have access to different regions, like China, that we don’t have an organic reach to. Third is the access to physical touchpoints, since a lot of retailers have a strong footprint and we don’t.”

Chung said her team was set to expand its brick-and-mortar presence this year, which was part of the plan when raising money at the end of last year, but the pandemic has put that idea on hold. Senreve’s one store in San Francisco has not yet reopened, so its only physical presence is via open locations of wholesale partners.

Department stores are unlikely to ever serve the same role they once did
Senreve launched this week with Net-a-Porter. Chung said e-commerce players are where brands should focus, in terms of wholesale right now.

It used to be that department stores were a great place to launch a brand — having your brand positioned alongside other well-known brands on the shelves of Saks Fifth Avenue would boost awareness and fuel customer acquisition.

But now, those roles are better filled by online players.

“I want to be optimistic, but there are going to be major changes that need to take place in order for department stores to continue to be a good place to launch,” Chung said. “There are so many things at play. There’s a democratization of influence. There’s a pandemic that creates such a high bar for what it takes to go to a store. Could it be possible? Someday, yes. They have a lot of things going for them. But I do think we are moving away from having department stores being the hub.”

Differences between marketplace
While marketplaces have undoubtedly become more popular since the pandemic began, they do come with their own drawbacks. While Chung said both models are valuable, she pointed to some key operational differences between selling wholesale through a Net-A-Porter, for example, or through a marketplace like Farfetch.

“On the back end, we do all the fulfillment [on Farfetch],” Chung said. “On Farfetch, we have more control of the experience. It’s branded with Farfetch packaging, but we manage the shipping and fulfillment. That’s a big difference with a lot of implications. And on Farfetch, we dictate the experience much more. We choose the pricing, how it’s presented. Net-a-Porter, meanwhile, does a lot of that on their own. But the Farfetch model also comes with a lot more work for us; there are more logistical challenges to solve.”