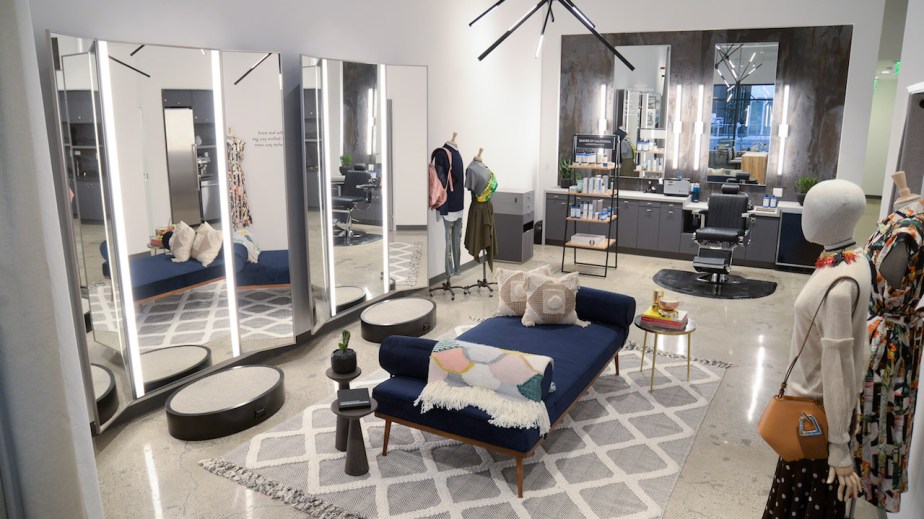 ‘Convenience matters’: How Nordstrom is customizing its Local concept for NYC

This story is a Glossy+ member exclusive.

As digitally native brands increasingly announce plans to roll out dozens of stores and traditional department stores downsize their physical footprints, Nordstrom is taking a unique approach to brick-and-mortar that incorporates a fresh menu item customized to its modern shoppers’ habits: Nordstrom Local.

In step with the opening of Nordstrom’s first full-scale New York City store — a 320,000-square-foot flagship set to open in Midtown in October — the retailer will launch in the fall two Nordstrom Local locations, in the Upper East Side and West Village neighborhoods where it has large concentrations of shoppers. Nordstrom opened a Men’s Store in the city in April 2018.

According to Shea Jensen, Nordstrom’s svp of customer experience, NYC is Nordstrom’s second-largest overall market, after Los Angeles, and its top market for online sales. Together, the New York and Los Angeles markets are responsible for 30% of Nordstrom’s total sales.

The concept for Nordstrom Local, first introduced in L.A. in late 2017, is a neighborhood service hub that’s small in scale, centered on convenience and designed to support the retailer’s online experience. (The West Village location will be 2,400 square feet, and the UES store will be 2,000 square feet.) Curbside pickup, same-day delivery, on-site alterations and tailoring, and styling services are among each location’s core offerings. The services are open to Nordstrom, Nordstrom Rack and Trunk Club shoppers, and alterations are available for any item, purchased through a Nordstrom company or not.

“We have been largely focused on how we can win with customers in what is a digital world. We see and hear every day, more and more from our customers, that convenience matters a great deal and time is one of the most valuable commodities,” said Jensen. “Our approach is really: How do we leverage the best of our assets, which are, first and foremost, our fashion product, and also our people and our physical assets, or our places.”

Nordstrom has since opened two more Nordstrom Locals in L.A., and it’s incorporating learnings from those stores into plans for the NYC versions.

The concept has proven successful: Since Local entered the market, Nordstrom has seen a 400% boost in local shoppers taking advantage of its buy-online, pick-up in-store service. That’s been supported by the launch last year of Get It Fast, an online and in-app feature showing L.A. customers real-time inventory available at local stores. Thirty percent of all next-day pick-ups in the market, where it has six traditional stores, are now made at the Local locations. Furthermore, customers who have visited Nordstrom Local spend, on average, two and a half times more than those who have not, said Jensen. They’re also younger than the typical Nordstrom customer and shop the retailer more frequently.

The Local concept speaks to Nordstrom shoppers’ habits in that they bounce between its online and offline channels. Ken Worzel, Nordstrom’s chief digital officer and president of Nordstrom.com, said in a blogpost that 50% of customers who make a purchase in a Nordstrom store have first accessed the retailer’s website or app. Thirty-five percent of customers who place an online visit the store ahead of time.

Giving each Local store a local flavor, driven by feedback from the market, is key, said Jensen. (“It’s really a closed-loop system,” she said.) In L.A., the company fine-tuned the Nordstrom Local services after implementing last year a focus group dubbed Project 18 of more than 800 of its most engaged local customers, and gauging their priorities and ideas.

Catering to local shoppers are features like a nail salon in the Melrose Local location and a barber in the downtown L.A. store. Gift wrapping is also offered, and a selection of grab-and-go gifts are available to shop during holidays. The Local stores also host events, including weekly stylist-hosted meet-ups showcasing their latest picks, regular brand launch celebrations and “pop-ins,” where a curation of products are sold on-site for a limited time.

Likewise, events are planned for the New York locations, and included features will be several that have proven successful in L.A. For example, in addition to gift-wrapping, NYC stores house self-wrap stations. The stores will be open workspaces, Jensen said, able to be shifted and transformed based on timely needs.

A number of new hires were made to get the Local stores off the ground, including a New Yorker hired to manage the two locations, said Jensen, as well as a visual merchandising manager and various support staff who will transport inventory between Nordstrom locations, including Nordstrom Rack. By the end of fall, Manhattanites will have seven Nordstrom locations, including Rack stores, where they can pick-up and return orders. Business hours have not yet been set for the Local stores, but at the Men’s Store, items are available for pick-up 24 hours a day.

As they’ll be placed in high-traffic neighborhoods, the NYC Local stores will, in themselves, work to attract shoppers, said Jensen. She declined to share any marketing plans outside of a potential launch party for loyalty members.

Among longstanding department stores, Nordstrom has stood out as one that is evolving and thriving, through its strategies have not yet proven effective — its most recent earnings report for the first quarter of 2019 showed weaker than expected sales. Comparable sales dropped 3.5% for the quarter, to $3.44 billion. In addition to becoming a go-to for direct-to-consumer brands looking to scale through wholesale, it’s recently teamed with top fashion influencers on collaborative, exclusive lines that have proven successful.

“We don’t presume that we’re going to know everything the day we launch [in NYC],” said Jensen.  “One of the things I love most about Nordstrom Local is that it’s super-flexible. We know we haven’t figured it all out.”