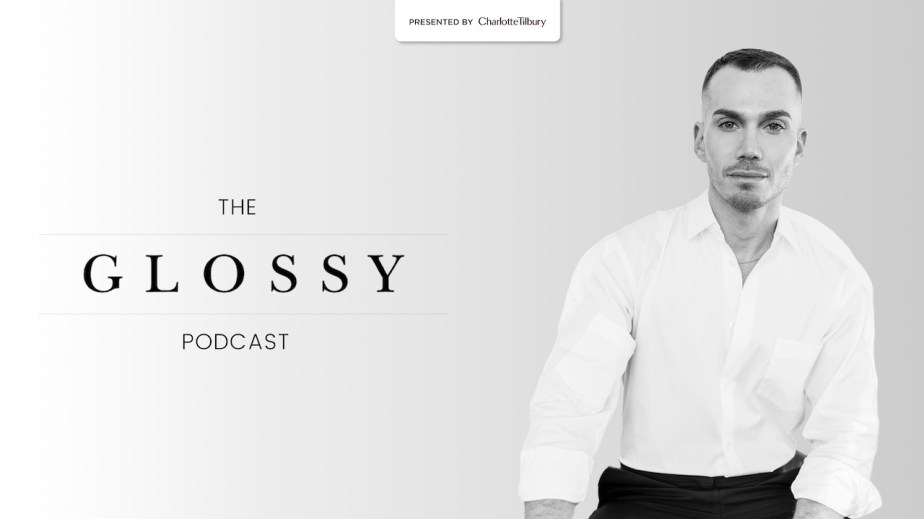 In a 35-minute conversation, James Miller brought up the concepts of speed and the need to keep up repeatedly.

“If you stand still for too long, then you’re just going to fall behind,” he said on this week’s Glossy Podcast.

Miller would know about those things. He’s the CEO of the Collected Group and just took on the added role of chief creative officer last week. That puts him in charge of the design as well as the business side of the clothing company’s three brands: Joie, Equipment and Current/Elliott.

Still, the group plays within the industry’s established timelines: “We do 12 deliveries a year for each brand, and they’re sold in seasons,” Miller said. It was late January, and he was fresh from reviewing some of the deliveries that would go out this fall.

Where the Collected Group does innovate is in its gender-fluid clothing, its emphasis on email marketing over social media and its sustainable practices that extend even to the clothes’ labeling.

Here are a few highlights from the conversation that have been lightly edited for clarity.

What rental does for the company
“Rent the Runway has taught us that we have an aspirational customer who’s even younger than the customer we’ve already been servicing. They give us a lot of the statistics, and they have a lot of history to understand, ‘Where is this Generation Z going to be shopping in their future?’ If they want to spend their money differently, on experience-based products, then maybe they’ll be better off affording a rental program. And if we can conform to what they need, and what they want is to try different styles and work out what they represent in their own kind of way — they’re new, potentially, to their career and maybe getting promoted — rental is a great opportunity for that.”

With email, brands have more control over their customer interactions (and data)
“I’d say the biggest channel we’re focused on within marketing for online customers is definitely email. Email for us is a fantastic conversion tool and a really good way of connecting with our customer both online and offline. Our database that we activate through our stores and online tells us exactly where we need to be going. Every email is different: Some images need to have people in them, whereas certain brands and product categories look better as thumbnails. There’s a lot of testing that goes on in our e-commerce division, and it’s really read-and-react. We’re lucky enough that we have all our studios in-house, so we do a lot of testing and see which way people are voting with their fingers.”

Department stores are innovating just fine
“The U.S. department store model isn’t going anywhere. People who like to sound the death knell? It’s a little early to do that. I say that because I sit and talk to the leaders of these department stores, day in and day out, and their aspiration and their vision is to be better tomorrow than they were yesterday. I look at my good friend Geoffroy [van Raemdonck], who’s taken over as CEO of Neiman’s, and [he has] goals to really drive an omnichannel behavior that the business has never had before. Same with Nordstrom. They have a real position in understanding their customer, and if I can be quite so bold, I think they have a very European aesthetic that I don’t often see in the U.S. They have a really unique separation point between where other department stores might otherwise knock into them. As for Bloomingdale’s, they do a lot of new tests and formats and examples of how to engage with a younger customer, whether that’s pop-up stores in-house or their rental program. They’re trying their hand at rental, as well. And Saks really has a very loyal customer. They all do, to some degree, but I can pick a Saks customer out of a crowd. No one’s sitting and resting on their laurels. The department stores are relevant, and they’re needed. They have a specific customer who may be different than a Rent the Runway model, and that customer needs to be serviced differently.”