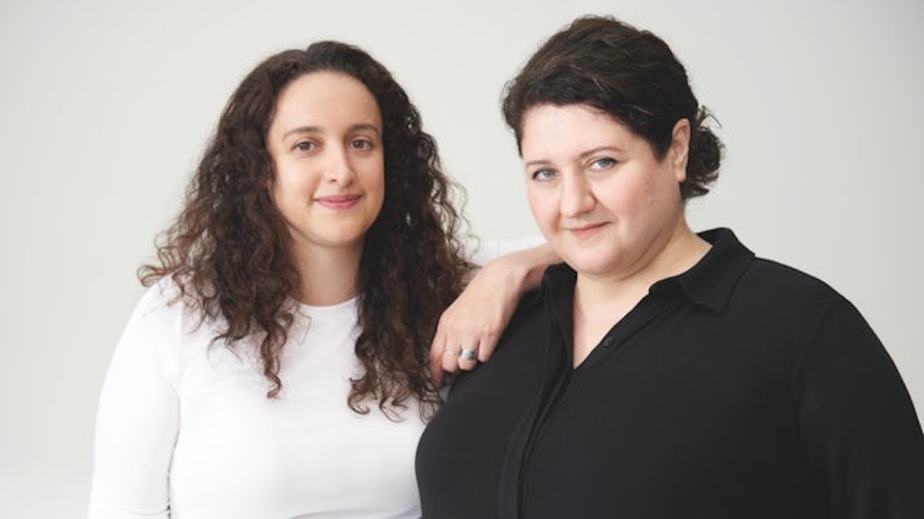 One popular image of a co-founder is that of a creative type — someone who designs a product, dreams up branding and serves as the face of the company. Then there’s the business type — the person who works behind the scenes and handles the financials and any acquisition deals. But for every brand, there’s a unique story. Here’s the magic behind how four real-life co-founders met and today share their duties.

Universal Standard
Alex Waldman recalls one New York evening and the Fifth Avenue crisis that prompted her and her friend Polina Veksler to co-found their New York-based women’s fashion brand Universal Standard in 2015.

“There was a moment when she was going to an event but I wasn’t because I didn’t have anything to wear,” Waldman says. “I told her there wasn’t a single store on Fifth Avenue that had clothing for me. I took her to some of the stores and showed her. From there, that’s where the whole idea for the company really developed.”

They consider their differences in professional training to be a source of strength.

Waldman had creative experience, first working as a fashion journalist and then as a marketer. Veksler had toiled in the finance and private equity world, managing accounts in Russia, Kenya and the U.S.

Today the two like to joke that Veksler is a human Excel spreadsheet while Waldman is a walking Photoshop whiz. As creative director, Waldman designs everything related to their products, leaving most of the financial decisions to Veskler, who serves as the company’s CEO.

“It’s an arrangement that works great for us,” Waldman says.

Dagne Dover
When Melissa Mash and Deepa Gandhi decided to launch their New York-based direct-to-consumer handbag company Dagne Dover in 2012, they knew they needed to find someone to handle the creative side of the business. The two had met socially years ago through a mutual friend. While they had prior fashion industry experience – Gandhi as a merchandise planner at Club Monaco and Mash as a senior account executive at Coach – they didn’t personally know any designer types. That’s why Mash searched online, only to learn about Jessy Dover. She is now Dagne Dover’s third co-founder.

“For Jessy, I looked on the Parsons [School of Design] website,” Mash recalls. “At the time, you could just search and find people’s resumes.”

She explains, “I searched for people with handbag design [experience] and asked them [about making] something like Longchamp meets Louis Vuitton sleekness. Only Jessy could really do that, and she was a perfect fit.”

In the early days when trio represented the only three employees, they worked directly with one another. Their roles were not clearly defined; they multitasked. These days the company has partnerships with Apple and Nordstrom and has begun exploring setting up a physical retail presence, drawing on the progress of a New York pop-up opened in June 2018. The co-founders now meet less frequently to deliberate over joint decisions.

“When it was just the three of us, we had to overthink every little thing to make sure we didn’t mess anything up,” Mash says. “But now, we don’t make every decision together.”

Adds Mash: “We each have our strengths. We talk, of course. But for financial stuff, Deepa takes over, and for creative stuff, Jessy does.”

Ministry of Supply
Gihan Amarasiriwardena bluntly rejects the notion of a “business guy” and a “creative guy.”

While students at MIT, he and Aman Advani had independently tried to develop a good startup idea. A professor connected the two after separately receiving an idea for a clothing company from each engineer. Within a year, the two were collaborating on prototypes; they launched the company in Boston as Ministry of Supply in 2012.

Instead of splitting their duties into “creative” and “business” slots, Amarasiriwardena relies on a different metaphor to describe their division of labor.

“We both have kind of similar backgrounds; we’re both interested in product and marketing,” he says. “But I came across this idea of the maker and the manager. The manager works in half-hour sprints, solving all these little problems and getting things done,” he explains. “The maker sinks three or four hours into getting deep into a larger problem or product.

“For us, I’m more the maker, and Aman is the manager,” Amarasiriwardena says. “It’s a little different than how other people describe their work style. But I’ve found that that’s the best way for us.”

Dia&Co
Lydia Gilbert and Nadia Boujarwah met while carpooling to an outlet mall. They became fast friends as they attended business school and then decided to co-found plus-size fashion retailer Dia&Co in 2015. The company’s name draws on the last three letters of their first names.

The business-school chums bonded over their shared fascination with the way that the definitions of beauty and style were changing; this informed their early conceptions of their company. Working at their New York headquarters early on, Boujarwah says, they easily plunged into their preferred areas of expertise, giving their partner permission to handle what she felt most confident about.

“We do gravitate toward different things,” Boujarwah says. “Lydia has always gravitated toward the operational parts of the business, and I’ve always loved the brand merchandising and community side of things. We divide and conquer.”

Both women say their close friendship has been key to having a good working relationship.