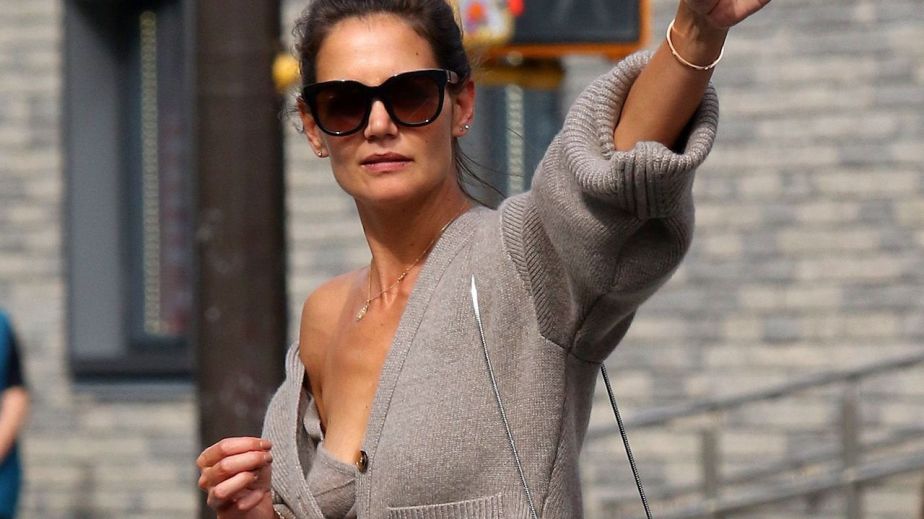 Last week, while hailing a cab with her daughter in NYC, Katie Holmes was photographed wearing a cashmere bra and matching cardigan by 3-year-old fashion brand Khaite. The resulting image swept Instagram like wildfire, largely fueled by the posts of fashion publications like Who What Wear (driving 47,000 likes and 280 comments) and Marie Claire (36,000 likes and 250 comments). The sweater has since sold out on Khaite’s website, and the bralette is sold out in four out of five colors.

Holmes has made a habit of personally tagging the designer styles she wears, driving earned media value within the last year for brands including Zimmermann, of $131,000, Zac Posen, of $52,000, and Neiman Marcus, of $33,000, according to influencer marketing platform Tribe Dynamics. She reportedly purchased the Khaite set; it wasn’t gifted by the brand.

The runway may be introducing styles, but celebrities are setting the trends — even more so than influencers.

In its latest Year in Fashion report, fashion marketplace Lyst said celebrities remained the most powerful influencers shaping what customers looked to buy online. Among the top 10 people driving searches, just one was a traditional influencer versus an actress, athlete, musician, TV personality or royal: Chiara Ferragni ranked No. 7. Kylie Jenner drove 2 million searches, with the dress she wore on her birthday boosting searches for “pink dress” by 107%. Without fail, when Meghan Markle wears a brand, the brand sees a 200% increase in searches over the following week, says the report.

Marina Larroude, head of the U.S. division of footwear brand Schutz, was among the first to post the Katie Holmes image, to her Instagram Stories. Along with it, she asked her 64,000 followers, “Who makes this set?”

“I saw it on Daily Mail and loved the look,” said Larroude. “It was a breezy day in New York, and it felt very appropriate. Plus there was an ease to the outfit — a laidback and feminine attitude that I adored. I wanted to shop it, but had no idea where to find it. I asked my followers, then went to bed. When I woke up, I had over 30 DMs with the answer.”

Many posting echoed Larroude’s categorization of the look as an ideal summer-to-fall transitional outfit. “This week, #KatieHolmes declared #sweaterweather season with this dose of style inspo we didn’t know we needed,” said Harper’s Bazaar U.S., in a post liked by 20,000 followers. Others commented on it being a revenge look of sorts, considering Holmes’ recent breakup from Jamie Foxx.

For a young brand like Khaite, the buzz can be a big boon if it acts fast to take advantage of the moment. On the flip side, unexpected demand for a style could break a brand unable to keep up, which was seemingly the case with Issa in the aftermath of Kate Middleton wearing one of its dresses in her engagement photo.

“Khaite should place a reorder on it now,” said Larroude, who recently left Barneys, where she was fashion director for two years. “It’s the beginning of the season, and there is still lots of business to be made on it. And I foresee other brands jumping on the trend of a bra and cardigan set.”

Lyst reported that searches for Khaite have increased by 217% over the past week, with “Khaite knitwear” being the most-searched term, and the Eda Bralette, selling for $520, and Scarlet Cardigan, $1,540, being the most brand’s most-viewed products. In addition, searches for Christian Louboutin mules, also worn by Holmes in the image, were the highest to date in August.

Khaite, designed by Cate Holstein, makes elevated basics, like bodysuits, button-down blouses and a range of denim styles that earned a cult-like following early on. It was incubated by holding company Assembled Brands, which provides consumer brands including Buffy and Wardrobe NYC working capital and access to resources, from marketing tools to performance insights. Assembled Brands raised $100 million from Oaktree Capital in October.

Brooke Taylor Corcia, owner of LA-based retailer The Dreslyn, which sells Khaite styles, said — though most of its sales are from repeat customers — The Dreslyn’s e-commerce site sees spikes in traffic driven by celebrities wearing a style it carries about every six weeks, and the pieces sell out within two to three hours after the buzz ignites. The brand typically replenishes those styles, sending email notifications to those asking to be contacted when their size becomes available.

“Celebrities’ influence is undeniable,” she said. “And online media makes aspirational fashion accessible, because consumers can easily move from reading an article to locating styles in a minimum of clicks.”

Amber Atherton, CEO of marketing platform Zyper, warned brands against relying too heavily on celebs and traffic spikes. “I used to have an e-commerce company, and we saw huge spikes in traffic when Beyonce or Cara Delevigne would wear our jewelry,” she said. “But what drove long-term growth and user acquisition were, for example, getting involved with fan-girl communities on Tumblr. That drives lifetime value.”