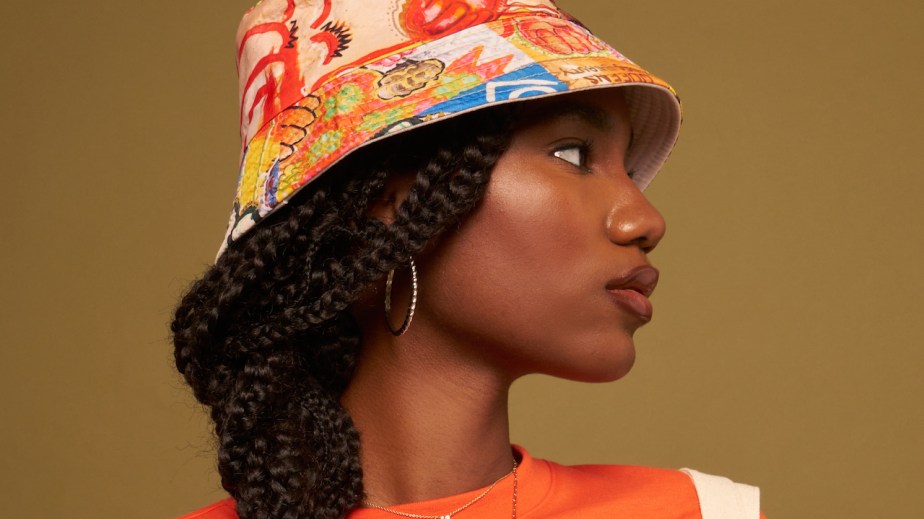 Fashion Briefing: Can fashion’s momentum around inclusion hold on?

“I have a roundtable with RAISE fashion mentors to get designers ready for market. I have a meeting tomorrow with Charles Harbison and Banana Republic, as we’re finalizing his designs — and we have a marketing meeting on Friday. And I am on the Gucci Changemakers Council, so on Friday, I’m reviewing our Impact Fund applications,” Daniel said on Wednesday morning.

She was between check-in meetings with HBCUs and recording sessions for the fashion summit put on by her company during New York Fashion Week. The summit is meant to be a learning and networking opportunity for emerging fashion creatives.

Since May, Daniel’s Harlem’s Fashion Row, which has a mission of getting brands by designers of color onto more racks of major retailers, has been tapped for a variety of partnerships. That includes advising on Stitch Fix’s Elevate, a grant and mentorship program for BIPOC entrepreneurs, and collaborating with kids’ brand Janie and Jack on a collection by multicultural designers. Through their A Common Thread initiative, Vogue and the CFDA also linked with the company in June by donating $1 million to its Icon 360 fund, granting financial support to BIPOC-owned fashion businesses.

“2020 was a busy year,” said Daniel. “There was, for sure, an awakening that took place, and fashion companies and retailers started to look and [realize], ‘There’s so much opportunity for us to to hire for people of color in different departments.’ I had some of the most honest and transparent conversations around race and fashion that I’ve ever had, and it was so refreshing — painful, because it was a painful time for every Black person.”

For Black designers, fashion companies’ quick moves to right the ship on diversity following the killing of George Floyd spelled newly opened retail doors and available training. But, the road to true inclusion quickly called out the need for an industry-wide united front: The 15 Percent Pledge drove retailers including Rent the Runway and Madewell to increase their shelf space dedicated to Black designers. However, newly selling through a national chain puts unprecedented stress on young businesses, requiring the support of a RAISE or Harlem’s Fashion Row. And retailers realized the need to diversify their staffs, partly in the name of authenticity — neither customers nor Black founders are likely to buy into a diversity initiative from a company that doesn’t walk the walk.

Gap Inc., which announced on Monday that it had joined the 15 Percent Pledge, is leaving no question about its commitment to diversity. “In the last eight months, our [equality and belonging] team has gone from a team of three to a team of 20,” said Bahja Johnson, head of customer belonging at Gap Inc. To facilitate a 360-degree approach to equality, the team is divided into three focus “pillars,” including employee belonging, community belonging and customer belonging, focused on providing a shopping experience “for all.”

Gap’s take on the 15 Percent Pledge plays into its nine commitments around creating an inclusive culture, announced in June. Included is a promise to double its Black representation at all levels of its U.S. corporate team, from 4% to 8%, by 2025. In making the Pledge, it stated that it will expand its “pipeline program” by 15%, thereby providing more emerging Black workers a foot in the door through internships and apprenticeships.

“It’s an important time for all brands and retailers to stop and think about what it really means to commit to supporting Black employees, Black retailers, Black people, and, honestly, Black economic stability and growth,” said Johnson. “The 15 Percent Pledge is rooted in the economic advancement of the Black community.”

Forever 21 is attempting its own show of support, on Thursday, releasing its first-ever Black History Month capsule collection featuring styles by three Black artists. That’s despite — or possibly in response to — recent bad press labeling all fast-fashion companies as racist. According to the artists, the education, support and awareness the partnership provides made working with the company a no-brainer — as did the lack of limitations on their included designs and the charitable component involved. A portion of proceeds from the collections will be shared with the artists and their choice charity partners, including Sole Folks, aimed at cultivating Black entrepreneurship.

Creating a collection, then meeting a retailer’s requirements for units is a stretch for a small business owner, said Stormy Nesbit, an illustrator and designer, and one of Forever 21’s featured artists. “But the fact that this was a collaboration helped fund the whole process,” she said. “Plus, this wasn’t: ‘We’re going to take this from you. Do what you have to do.’ It was more like I was a partner at the table.”

Ashley Sky Walker, another featured artist and founder of fashion brand Leimert Park Threads, agreed. “Being able to work with a large brand and knowing more about the process, from manufacturing to negotiating and contractual processes, has been a huge eye opener and learning experience,” he added. “I’ve been approached by department stores wanting to carry my brand, and now the idea of even speaking with them seems a little less daunting.”

Of course, the paycheck didn’t hurt, either. Walker has plans to open a pop-up in L.A. in July, and said the partnership was a “kick-starter” to be able to fund it. “Not every artist was eligible for these grants and forgivable loans [in 2020],” he said. “So it helps that I can put [earnings from] this back into my business.”

Likewise, Diarra Bousso, founder and CEO of fashion brand Diarrablu, found a stepping stone in Stitch Fix and Harlem’s Fashion Row’s Elevate program, introduced in October. The first six recipients of Elevate grants and mentorships, including Bousso, were announced earlier this month. Selling through Stitch Fix and gaining awareness via Stitch Fix marketing are also included in the program.

According to Bousso, the opportunity to tap into Stitch Fix’s tech savvy was the big get. “Being able to work closely with their data science teams to get deeper insights into my products, customer preferences and supply chain is invaluable,” she said.

Loretta Choy, general manager of women’s at Stitch Fix, said accelerating change within the company’s vendor base is a goal of Elevate. “It was also important that we set the framework for it to be an evergreen program, to ensure a more sustained impact,” she said.

That type of commitment by brands is key to ensuring that fashion’s focus on diversity isn’t a blip, said Daniel.

“There’s still work to do, there’s still such a lack of representation for people of color in leadership,” she said. “The question is now: How do we keep the momentum?”

As for Daniel, through Harlem Fashion Row’s Icon 360, she has a goal of creating a $10 million endowment for Black designers, allowing them to take advantage of more opportunities, by 2030.

Slow growth is sustainable growth (if Rails’ trajectory is any indication).

Manufacturer Gelmart is going all in on incubating brands.

American Eagle is trying hard to be like Aerie.