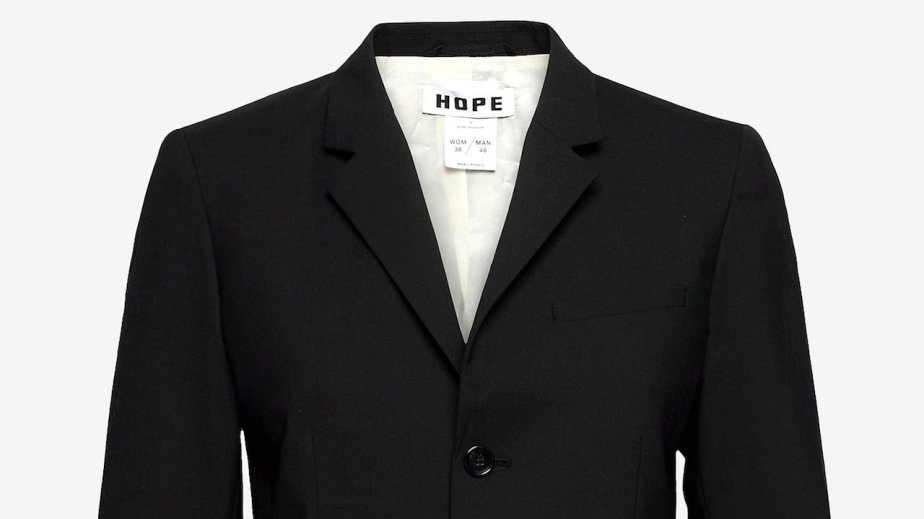 Fashion Briefing: How brands are leaning into the NYFW e-commerce opportunity

This week, we break down the potential for global fashion weeks to become sales channels.

As brands attempt to bounce back from 2020 and the buzz around fashion weeks fizzles, designers still opting to host a show or presentation are rethinking its purpose: Rather than a marketing opportunity, it’s a time to drive sales.

See-now, buy-now 2.0 at NYFW
New York Fashion Week officially starts on Sunday, according to IMG and also CFDA’s schedule, when it had a schedule. Like last season, with hosting physical shows largely impossible, the event will offer anyone and everyone an all-access pass to the event via Runway360.cfda.com and social media channels. This season, there will also be an increased number of opportunities for designers to immediately sell styles from their new collections. As a result, the event is expected to be a bigger money maker compared to seasons past, which could easily influence designers’ approach to future shows. But can a fashion week that reads like special programming on QVC thrive?

Designers from Rebecca Minkoff to Burberry have been embracing the see-now, buy-now model since 2016, and it’s proven possible to drive record sales. Now, fashion week’s organizers are working to facilitate a shopping offering, in a bid to remain relevant.

According to a representative, IMG will launch NYFW: The Drops this season, in the form of daily, limited-edition product releases and accompanying digital content, both available exclusively on NYFW.com. Featured brands will include Jason Wu, Radarte x Virgil Normal, Prabal Gurung, LaQuan Smith and AARMY. In addition, IMG linked with the Black in Fashion Council to set up a showroom at Spring Studios for emerging Black designers that will  shoppable by appointment.

Meanwhile, according to a CFDA rep, Runway360 will continue facilitating e-commerce, pre-order and wholesale buys for brands. The features, which launched in September, are “evergreen,” they said.

And it’s a safe assumption that designers will take advantage of newly launched shopping features on social platforms. Most notable is Instagram, which launched Live Shopping in August 2020. TikTok’s planned shopping features, announced Monday, won’t hit until later this year.

How Stockholm Fashion Week embraced livestream shopping
Stockholm Fashion Week, which kicked off on Tuesday, has offered more clues as to what’s to come at NYFW. Through its e-commerce partner, Boozt, and livestreaming tech partner, Bambuser, the event launched livestream shopping for collections shown throughout the week. People interested in purchasing select featured pieces can get a closer look and ask questions about them via daily “Watch & Shop” events. Each event is hosted by a fashion expert, including Elina Grothein, fashion director of Elle Sweden, and influencer Susan Stjernberger (@styleinscandinavia, 24,000 followers).

Dorte Tandrup, sales and marketing director of Boozt, said the company will be promoting the daily events through email blasts, Instagram posts and its website, as well as through paid digital ads. The fashion experts will also promote them in their own newsletters and on social channels.

According to Catarina Midby, secretary general of the Swedish Fashion Association, a big goal for SFW this season was to refine the components of a fully virtual fashion week, which it hosted for the first time in August. That included making it more personal and engaging by introducing the designers and the people behind the brand, and reiterating that fashion is open and accessible to everyone. That was answered by the launch of “Watch & Shop,” along with several scheduled talks with fashion insiders hosted on stockholmfashionweek.se.

Organizers also prioritized helping brands to promote their collections at a trying time. According to Midby, amid supply chain obstacles and tightened budgets, many designers “did what they could” and fell back on “low-cost productions” in August. Several opted to reveal their collections through simple lookbook images and a behind-the-scenes video of the lookbook’s production.

Frida Bard, head of design at Stockholm-based fashion Hope, said the brand had not participated in fashion week for several seasons, but with “one year of the pandemic in the back of our head,” it decided to go there. That’s among several changes the brand has made since spring of 2020, including abandoning pre-collections and releasing its two seasonal collections via four drops each. “We’re now producing less and introducing more new products to the customers, and that’s the solution for us,” she said.

Bard said Hope’s attempts to bring its collection to life this season included creating a lookbook and a video, and sending media contacts a printed book with more information on the collection. Hope is also gifting select looks to influencers including Viola Bergstrom (20,000 Instagram followers) and Carin Falk (13,000 followers). At the same time, they’re being asked to post images reminiscent of fashion week street style shots.

But, rather than sell the Hope fall 2021 collection during a “Watch & Shop” livestream, the brand is using the opportunity to hype a new sub-brand, Work.

“To have everything available for the customer straight off the show would be a pity; it would take away so much of the magic of it,” she said. “We think what’s best is to create aspiration through a [show] and, at the same time, treat them to something they can get straight away.”

Other designers clearly agree; making a small percentage of a runway collection available or dropping a small, separate collection on the date of a fashion show are popular strategies among designers looking to cash in on fashion week-driven attention.

Tandrup said Boozt is still in a learning phase with “Watch & Learn” and that it will be analyzing the data compiled this week to perfect the experience for the future. KPIs include number of viewers, average viewing time, engagement, add-to-cart activity and sales, he said.

“Fashion week is going through a huge change at the moment; it’s very open, and that’s exciting,” Midby said, referencing the move from a structured schedule to a fluid, unpredictable rollout of seasonal and gendered collections. “[The industry] has learned to use our common sense. We have to listen to the needs of the consumer and think about sales. Maybe this will be the new format for fashion shows going forward; maybe the [livestream] is the new show.”

Where did LVMH and Fenty go wrong?

There’s no shortage of chic ways to celebrate the Year of the Ox.

K-fashion is the new K-beauty.

Is drop-shipping the answer to fashion’s inventory problem?