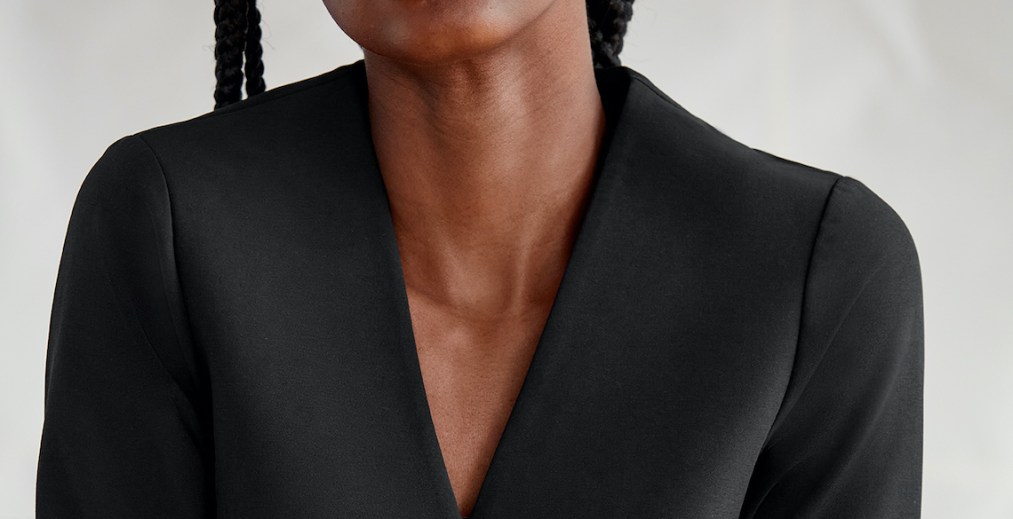 In February of 2020, DTC fashion brand Aday released a collection of sharp, office-ready suits. The suits were best sellers and boosted the brand’s sales for the month to the highest in its six-year history. But the next month, the pandemic hit, work-from-home became the norm, and the suits that had been such a hit began to gather dust on the shelves.

Stuck with the excess inventory, the brand came up with a novel solution: It worked with an alterations partner, Hemster, to take nearly a quarter of the inventory — around 300 units of five different pieces — and transform it into entirely new products. A pair of slacks became a hemmed pair of shorts, for example, while a blazer was cropped and re-sewn to be less formal.

Aday launched the new collection, which it called MadeAgain, on Aug. 17. The new products are unique SKUs, but the price of them was intentionally kept the same as their original incarnations, even though there were additional labor costs involved. Aday declined to disclose the production costs for remaking the products. Aday’s svp of brand, Alexis Cuddyre, said she didn’t find it fair to pass on the costs to the customer. Also, she said, the small additional cost of altering the pieces was worth it to clear out inventory without resorting to discounts. Additional quantities of pieces within the MadeAgain collection will be made from scratch and sold on a made-to-order basis. Both styles are currently being sold on the brand’s e-commerce site.

In February 2020, the same month that the initial suit collection launched, Aday received $8.5 million in funding from H&M Co:Lab and Downing Ventures. That put the brand’s total valuation at around $10 million.

The idea of remaking an existing product to fit the times is catching on in fashion. DTC brand Cuyana’s simple Classic Tote is one of its best-selling products. It launched a newer product, also on Aug. 17, called the System Tote. It’s a redesign of the Classic Tote, made so that every feature — the laptop sleeve, the extra pockets, etc. — can be removed, reconfigured and purchased separately. For example, the laptop sleeve can be replaced with a 13-inch or 16-inch option. That way, if a customer, say, starts a new job and gets a new laptop, they don’t need to buy a new bag to accommodate it.

Redesigning existing product in this way plays into a major conversation in fashion happening around sustainability and, particularly, circularity. There’s been increased visibility around the problems of waste and overproduction, as well as the short shelf life that most fast-fashion products have. Shilpa Shah, co-founder of Cuyana, said she’s hoping that, by redesigning an existing bag to be modular, its longevity can be increased. This fact is featured heavily in Cuyana’s marketing around the bag.

“All the different roles our customers play, whether she’s a mom or an office worker — all those aspects of her lives are mixing together more now,” Shah said. “So we wanted to make our bags as versatile as she is. We highlight the versatility [in marketing] beforehand, and then we follow up on purchases with emails explaining a bit more about how the modularity of the bag works.”

The System Tote is priced roughly on par with the Classic Tote it was based off, both being $275-$295. The modular pieces are priced and sold separately, with a new laptop sleeve being $95, for example.