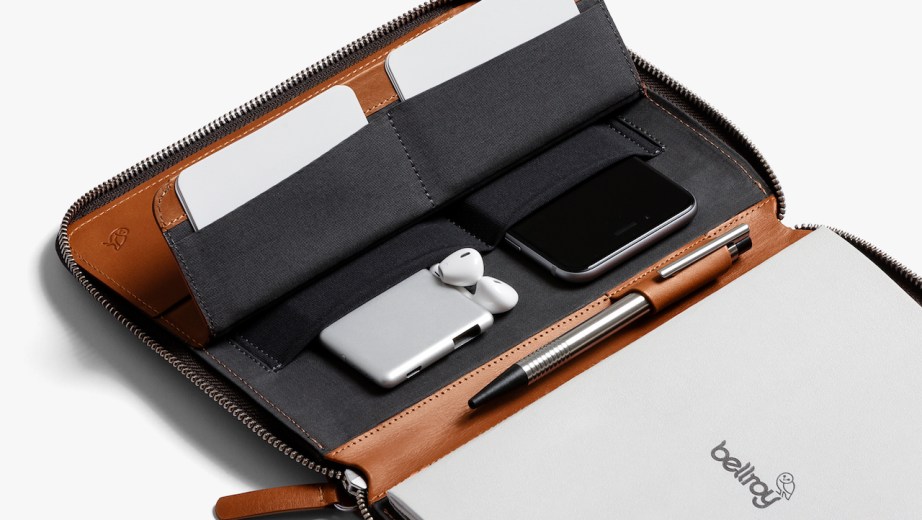 In the early days of the pandemic, Australian accessories brand Bellroy was able to weather much of the worst parts of the crisis, thanks to having a strong direct e-commerce business. Founder Lina Calabria has built up that business over the last 10 years, after starting the brand as a primarily wholesale brand. But while Bellroy survived, many of its partners struggled, especially those without much of an e-commerce presence.

Calabria said it was important for her brand to maintain relationships with retail partners, even through the tougher times when there was no business to be had. So Bellroy has been advising its various retail partners on how to build an e-commerce business. Those partners include small boutiques like Swift Moose in New Jersey and specialty stores like computer repair shop MyByte in Melbourne.

Bellroy created a digital guidebook, with a focus on two important first steps: giving customers the right amount of product information, and making sure the actual purchasing and shipping processes are seamless. All the rest can come later, said Calabria.

“Logistics and operations are really important,” Calabria said. “It’s part of the reason Amazon is so successful — it’s reliable and consistent, and the process is as smooth as possible. When you go into the store, you’re not worried if the checkout is going to work or if you’ll actually get the thing you’re buying, but that is something people worry about when shopping online. So that’s what we’ve been telling people they need to focus on first.”

The guidebook was created in-house with recommendations from across Bellroy’s e-commerce team on product photography, fulfillment centers and shipping bulk orders. The guidebook was given to Bellroy’s wholesale team, which shared it to all of its retail accounts and then initiated conversations with retailers about the content in the decks. Calabria stressed that Bellroy wasn’t dictating exactly what retailers should do, but instead answering questions and offering advice on getting set up quickly.

For example, Trilogy Skateboards, a small skate shop in Canberra, Australia and one of Bellroy’s smaller partners, had no e-commerce presence before the guidebook was provided, but it was able to set one up and launch it on April 5. It sold a limited selection of clothes at first, before expanding its catalog gradually. The process of starting small and growing from there is one Bellroy advised all of its partners to follow

Bellroy was most recently valued at around $83 million, after raising a $12 million round last year, with annual sales growth rates of 100% or more in some categories. Calabria said direct online sales make up about 50% of the brand’s business, with the other two quarters come from wholesale partners and marketplaces like Amazon. Calabria said the e-commerce side has been able to pick up the slack from temporary wholesale store closures.

Bellroy is not alone in wanting to keep its partners afloat. Farfetch did something similar in March when it began letting its smaller partners use its warehouses for storage and fulfillment of orders. At the time, Stephanie Phair, chief customer officer at Farfetch, said the company wanted to ensure as many of its 700 boutique partners survived the crisis as possible.

“We are going to lose some businesses during this, and unfortunately it’s going to be promising young and small businesses and retailers,” said Vic Drabicky, founder of digital marketing agency January Digital. “The conditions are really extreme. No one plans for zero incoming revenue for a full month or more. If someone does 80% of their revenue from brick-and-mortar, I don’t know if that’s enough to survive. But one of the great things is that people find inventive solutions and hopefully the ones who are doing better can help lift up their partners.”

So far, none of Bellroy’s partners, which are spread out around Australia, the U.S., Europe, and parts of East and South Asia, have gone bankrupt or closed down. All that have reopened stores have already made additional orders from Bellroy.