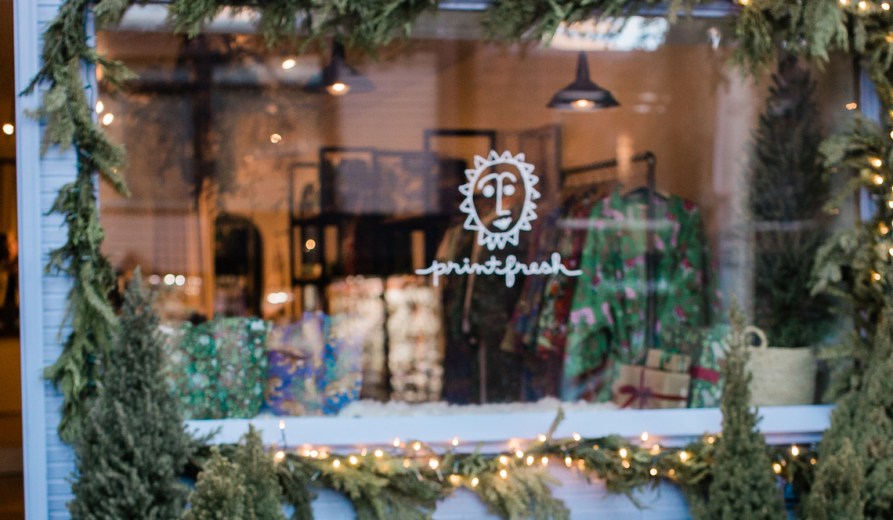 Aspen, Colorado, while mostly known as a ski town for rich travelers, is rapidly turning into a retail hub.

In the last two weeks alone, a number of brands have opened permanent stores or pop-ups there, drawn by Aspen’s wealthy residents and visitors. Kith opened its Christmas-themed Kithmas pop-up in Aspen on December 6, which will run through the holidays. The Los Angeles brand Madhappy is running an Aspen pop–up from December 17 through the end of January. And Gabriela Hearst has one running from December 15 all the way to the end of March. Meanwhile, brands including Citizens of Humanity, Rossignol and Miron Crosby have opened permanent stores in Aspen over the last three months.

Pajama brand Printfresh took over an Aspen store for a pop-up opening on December 15. The company sells pajamas for $108-$148. Leo Voloshin, co-founder Printfresh, said part of the draw of Aspen is that it’s made a retail comeback much faster than some other tourist destinations. In the first half of 2021, Aspen’s retail sector was already 26% ahead of where it had been in the same period in 2020 and 5% ahead of the same period in 2019, recording nearly half a billion dollars in taxable sales, according to the city’s Consumption Tax Report.

The boom in Aspen pop-ups is occurring outside of the city’s typical seasonal schedule. Aspen usually gets the bulk of its visitors during the summer, but Voloshin said Aspen is a good retail bet any time of year. In 2021, the disparity between Aspen’s summer and winter tourism was less than it had been in previous years, making it a more viable location even in the holiday season and after the new year.

“It’s a retail destination,” Voloshin said. “The thing that struck me when I first visited was the everything was full. There was a lot of foot traffic, which you don’t see in other parts of the country. And the city has done such a good job continuing to program events. There are a lot of good events coming up in full force in 2022 that I think will draw in a lot of spectators.”

Voloshin pointed to the X-Games, an extreme sports competition normally held in Aspen that was absent last year, as one such event. It will be held in person in Aspen this January.

Madhappy co-founder Mason Spector was born in Aspen and the brand’s first pop-up in 2017 was located there.

“We always want to have a presence in Aspen, it has been so beneficial for us to have a physical touchpoint here for four of the last five years — not just from a sales perspective but from a community perspective as well,” Spector said. “Aspen does feel like a second home for the brand, so we’ll continue to have seasonal pop-ups, but are absolutely open to a year-round presence down the line.”

Aspen also boasts a large number of tourists, who typically spend more than local residents. Voloshin said that, after opening the pop-up, Printfresh discovered that most of the customers coming in were visiting from New York, Texas or California. Coincidentally, those are Printfresh’s top-three e-commerce markets.

Gabriela Hearst, founder and creative director of her eponymous luxury fashion brand, said Aspen has been on the brand’s radar for a while. This holiday season provided the perfect opportunity to finally make good on that dream, she said.

“I have been feeling for a while that Aspen is a location we wanted to explore,” Hearst said. “We have this great space that we were able to transform with reclaimed redwoods and pieces that our collaborators [artists] Antoine Dumas and Benji Gavron created specifically for this project.”

Voloshin said Printfresh is planning to open its first permanent store in New York at the beginning of 2022 and that the Aspen pop-up was meant as a complement to that. But a permanent Aspen store in the future is possible.