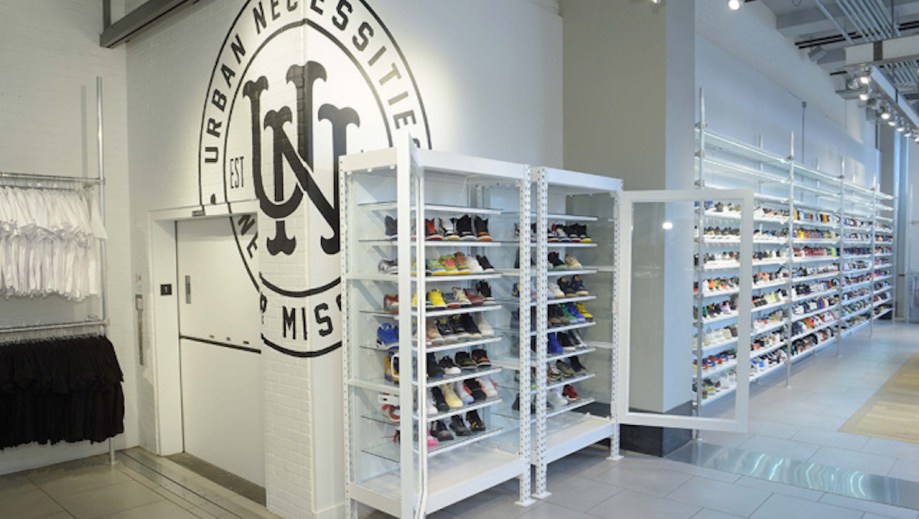 As the secondary market’s influence grows, rifts are forming between brands and resale platforms

Neiman Marcus’ big investment in fashion reseller Fashionphile last month, along with a few other brand-reseller team-ups in recent months, shows that brands are more willing to work with resellers than they have been in the past. As predicted, the primary and secondary markets have begun to converge, but the relationship has not been without its pitfalls.

“For many years, the resale market has been largely under the radar and unregulated, existing very organically between an individual buyer and seller,” said George Sullivan, co-founder and CEO of Sole Supplier, a media company focused on footwear and sneakers. “As operations become bigger and more sophisticated, platforms need to follow the rules and make sure customers aren’t being misinformed or mis-sold. This isn’t dissimilar from the process in which the influencer market has evolved in terms of practices, with ‘hashtag ad’ now being compulsory.”

The primary conflict between these two lies in the question of who is authorized to sell what and how they can market it. The most notable recent rift between the two has been Chanel’s ongoing legal battle with The RealReal.

Chanel’s suit against The RealReal alleges that only Chanel can accurately surmise whether a Chanel product is genuine or not, and that by advertising the bags it sells as “100% genuine,” The RealReal implies either that they received the bags from Chanel or that they have some sort of partnership with Chanel, neither of which is true. The battle took a turn last week when The RealReal argued that its authentication is an “expression of opinion” and cannot be challenged on a factual level, which Chanel called a contradiction of the reseller’s 100% guarantee.

A more minor, yet still legally murky, example would be American Eagle’s recently foray into resale. The company recently invested in Las Vegas reseller Urban Necessities and installed a resale pop-up in its flagship store in Soho.

But some, like designer Jeff Staple, have taken issue with how American Eagle has marketed this addition. American Eagle did not respond to requests for comment on this story.

“If you go to the SoHo flagship American Eagle [in NYC], on the front window display, they have the logos of Yeezy, Virgil Abloh, Nike, DJ Khaled,” said Jeff Staple. “American Eagle does not have a Nike account. They are not an authorized seller. They are also not Flight Club or a consignment shop, where you know that it’s resold. They’re a $4 billion publicly traded company. There’s some level of deception happening there, like, ‘We have these things, we know you want them, so come in and walk by all our jeans and stuff to get to them.'”

In Staple’s opinion, American Eagle’s display of logos belonging to brands that the company does not have an official partnership with creates a harmful precedent where resellers can mislead people into thinking that these are authorized sellers of the brands in question. He raised the hypothetical that Foot Locker, by virtue of investing in the reseller GOAT, which sells pre-owned Balenciaga shoes, could potentially advertise with a Balenciaga logo, despite not having an account with the brand.

“It may violate a third-party trademark rights to use [another brand’s] name or logo, without permission, in a manner which creates confusion, implies endorsement or affiliation, or takes advantage of their goodwill and reputation to sell your own products or services,” said Brian Igel, an attorney at Belizio and Igel, a law firm that specializes in fashion, copyright and IP law, and represents brands like Off-White and Staple Design. “But not all uses without permission constitute infringement; certain defenses do exist and may arguably be applicable here, such as nominative fair use and the first sale doctrine.”

According to Igel, as long as the reseller does not explicitly mislead the public about the origin of the goods or its relationship to the brand, they should be entitled to use logos and other imagery to sell products. But there is some grey area in what counts as misleading.

This mistrust was noted by Alyssa Vingan Klein, editor-in-chief of Fashionista, when she pointed out on Twitter on Monday a reseller with a prominently displayed Supreme logo in the same vicinity as the official Supreme store on Bowery Street.

I wonder how Supreme feels about the giant resale store with windows full of flipped Supreme that just opened up a few doors down from its Lafayette shop.

“The resale market runs on trust,” Sullivan said. “With people shelling out hundreds or even thousands of dollars on high-heat pairs, trust between the buyer and seller is the glue holding the exchange together. There’s a fine line to be tread when marketing a ‘branded product,’ without obtaining legal rights for using another brand’s logo. As the resale market becomes more competitive and commercialized with big brand partnerships, we can expect to see more legal challenges to how resellers are using copyrighted assets.”

While recent efforts like Neiman Marcus’ partnership with Fashionphile and Stella McCartney’s ongoing work with The RealReal show that the relationship between traditional brands and resellers is growing and warming, the growing pains still exist and present a significant challenge to the ultimate convergence of the primary and secondary markets.

There’s no reason that primary and secondary markets cannot work together. But to do so, their partnerships will have to work on a level that is agreeable to both parties.

“My beef is not at all with reselling,” Staple said. “I’m all for reselling, it’s a big part of the culture. My problem is with falsifying the claim that a store officially carries those brands in the window.”