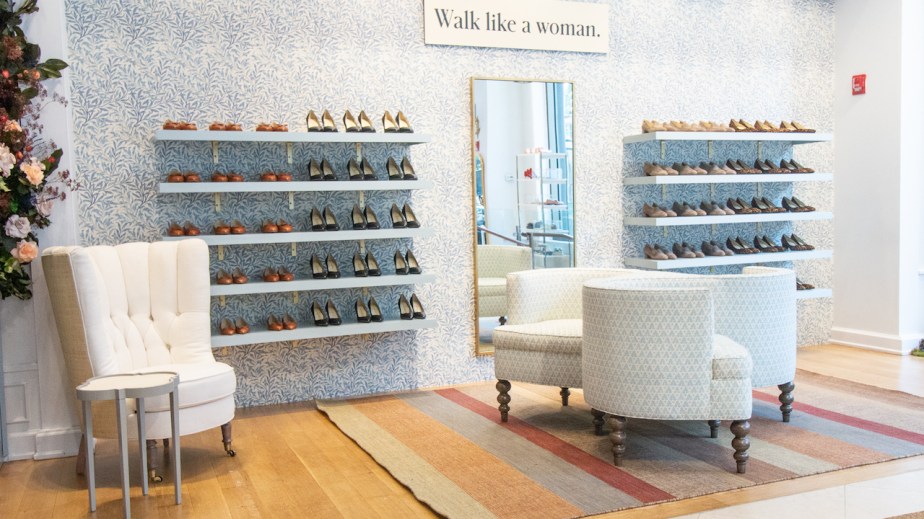 As consumers grow accustomed to pop-up experiences, permanent stores are scrambling to evolve

The line between pop-ups and permanent retail is blurring.

Retailers are realizing that stores lacking in experiential components bring virtually nothing to the table. To make their long-lease stores worth visiting as e-commerce picks up, merchants are turning to the pop-up model; the business proposition offers customers something more than just a transaction. The rise of this trend is putting new pressure on retailers with large physical footprints and encouraging architects and store designers to gain new expertise.

Here are three takes on how companies are responding to this trend.

“With the prominence of digital and direct-to-consumer brands, we had been looking for an opportunity to address emerging brands,” Munsell said. “Most of our work has been with evolving and established brands, and this gives us the opportunity to work with them throughout their life cycle.”

Munsell said MG2, whose clients have included retailers Target and Nordstrom, has rarely worked with retailers with fewer than 10 stores, and updating their stores has traditionally taken a long time. MG2’s hope is that Lionesque Group, with its experience in quickly setting up stores and updating them, will be able to fast-track the architecture firm’s processes as a whole.

“Today, retailers need to be very nimble, which many have had a hard time doing because they’ve established this routine of building permanent stores with the durability to survive a 10-year lease,” Munsell said. “They’re suddenly realizing, Oh, we have to change this ship; we have to move it and evolve it, and constantly.”

She added, “There’s not a brand we work with that’s not saying, ‘We need to be more nimble, we need to have flex spaces, and we need to change our operational model.’”

Gonzalez recalled that when the Lionesque Group first started in 2009, most of the pop-ups it created for emerging fashion companies stayed open only two weeks to a month. Today pop-ups can linger for as long as a year, she said. In 2017, her company started designing flexible spaces hosting a changing rotation of young companies.

Now, Gonzalez said, mass retailers are creating separate, smaller-format stores or in-store pop-in shops — like Macy’s Story. Over the last two years, she has worked with mass retailers on developing new store formats; in September, the Lionesque Group designed a Walmart pop-up for its Scoop brand. She sees a need for retailers to apply the same kind of thinking, regardless of whether they are opening a large-format store or a tiny pop-up.

“You can’t just change one-eighth of your entire footprint and think it’s going to change everything,” she said. “Customer expectations have changed, and that’s just not enough.”

Transitioning from offering pop-ups to permanent shops
On Friday, makeup company Winky Lux is opening its second permanent store in New York City’s Lower East Side; experiential activations will be featured through the 1,500-square-foot space.

“We don’t want it to be seen as just Instagram bait,” said Alfonsina Messina, the company’s head of retail. “We wanted it to be immersive, interactive and tell her a story, so that even if she doesn’t buy something, she can walk away more knowledgeable about the products.”

The company had initially launched in 2018 an eight-room SoHo pop-up, dubbed the Winky Lux Experience. That store, which CEO Natalie Mackey claimed drew about a million Instagram views each month, had nine architectural elements designed to be Instagram-worthy. The problem: Too many shoppers spent too much time in just four of those spots.

While the new store also houses Instagram-driven elements, they have been designed to inform customers about the company’s products. For example, a “shrine to hyaluronic acid and glycerine” is made of bubbles to dramatize ingredients’ moisturizing capabilities, Messina said.

The owners deliberately picked the new Lower East Side location, a busy area near bars; the store will be open until 10 p.m. on weekends to cater to young shoppers. Winky Lux sells lipstick for $18.

Drawing on the company’s pop-up experience, Messina said she plans to offer “experience first, retail second” at every opportunity in both stores.

“There’s been a lot of discussion about retail becoming more experiential,” Novak said. “And what we’re seeing from our clients is demand to bring experiences that reflect the brand’s values and authenticity to the everyday retail landscape, to every store — not just to flagships and not just to pop-ups in New York and LA.”

She said, “The influence of pop-ups is definitely reaching permanent stores; it’s forcing retailers to think differently about the ability and the purpose of the store.” For example, she noted, “They’re now realizing store formats can be smaller. And, like retailers, landlords are thinking about ways to continually evolve the shopping experience offered.”

Recently, many companies have used Instagram moments to gain buzz, she said, noting that the strategy has its limitations. “They photograph well, and that’s it,” she said. “The customer doesn’t necessarily get excited about or connect to the brand’s products and services.” The store experience “has to go deeper and be more meaningful and authentic, and also be something you can’t replicate online.”

Said Novak: “Today’s brands need to use a variety of multi-sensory micro-experiences to make a connection and build loyalty.”