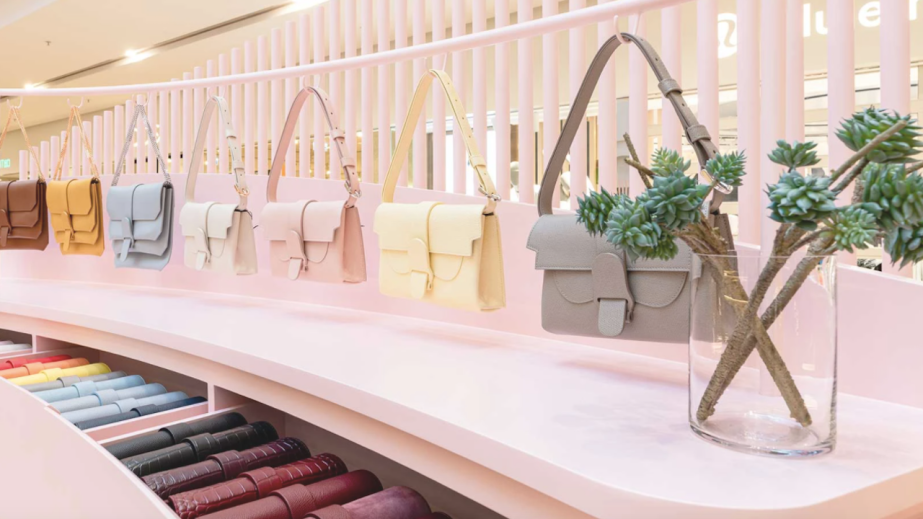 DTC bag brand Senreve has just appointed Mark Chou as its new chief growth officer, to help grow the company into a larger global brand. Senreve raised a $16.75 million Series A funding round in November, and Chou was vp of international at Away until March. The hire comes at a time when most brands are focused on surviving this month rather than planning for this year, but Senreve is hellbent on establishing a promising growth strategy.

Chou said the only reasons the brand is able to even think about growth right now is that it’s in a very stable financial position and there’s a big untapped demand for the brand in international markets.

“I’ve been an advisor for the company for quite some time,” Chou said. “The fact that they did so much without really raising a lot of funds for the first three years of their existence was really impressive with me. It’s not the kind of brand that assumed growth will come with round after round of funding that keeps pushing the valuation higher. They started small with just two products in 2016 and grew from there. We’re in peak DTC right now, and there’s no room for brands like that.”

The latest round brought Senreve’s total funding to $23 million. The brand does 95% of its sales via e-commerce, so it dodged much of the impact of brick-and-mortar closures.

Co-founder and CEO Coral Chung said the company has intentionally kept the team small — only 35 employees, including full-time and part-time. The small team kept expenses down, so the brand had a large cash reserve to work with when the pandemic hit. But the brand’s growth ambitions were beginning to clash with the small team’s capabilities.

“We’re pursuing so many initiatives around the world, and we’re doing them all with a really lean team,” Chung said. Those initiatives include facilitating international shipping (it ships to nearly every country in the world — all but Russia) and manufacturing in Italy, and setting up more partnerships in China. “We try to be self-sufficient and not overly reliant on external capital. We manufacture in Italy, which was hit quite hard by the pandemic, so I can’t really go there as much as I was before [which was at least once a month]. So now we’re focusing on building up our team on the ground there, building our team in Asia and building our leadership team, which is what led us to Mark.”

With much of the U.S. still in lockdown mode or being forced to close after a tentative reopening, Chung said that much of her focus for growth right now is in Asia, where demand for the brand has been much higher. To further efforts there, the brand launched a pop-up last week at Pacific Place, a massive shopping center in Hong Kong, which has already seen more than 5,000 customers come through. Chung declined to put an exact number on it, but said that Asia has grown significantly as part of the brand’s overall revenue and now makes up a “double digit” percentage of the brand’s sales, while U.S. sales growth has slowed significantly.

Chung said brick-and-mortar is something Senreve considers important, but it’s on ice in the U.S. while the company focuses on building up more infrastructure and audience in Asia. In the U.S., it currently has one store: a flagship in San Francisco.

“In the current environment, there are a lot of opportunities while other companies are in hunker down mode, especially when it comes to geographic diversification and the benefit that brings,” Chou said. “North America is suffering a lot. It feels like it’s getting worse and worse. At Senreve, and I’m sure at other companies as well, Asia is the more exciting growth area.”