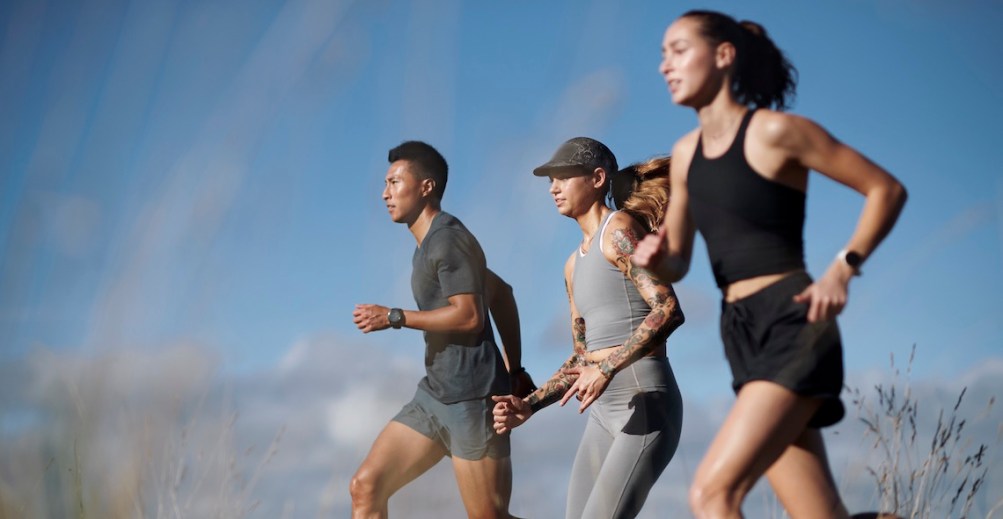 Activewear is dominated by one material: polyester. The fabric is used in 55% of all clothing and its global production spews 700 million tons of carbon into the atmosphere every year.

According to Hana Kajimura, head of sustainability at Allbirds, finding a way to make athletic apparel without polyester has been a goal for the company for the last two years. After 70 iterations, Allbirds launched on Tuesday its first activewear collection, called Natural Run. It includes running shorts, bike shorts, T-shirts and tank tops, all made from natural materials like eucalyptus fiber and merino wool. Prices range from $60-$80. It will be sold on Allbirds’ e-commerce site and in its 29 stores. Since late 2020, the brand has sold apparel — mostly T-shirts and cotton shorts. But this is its first attempt at performance-focused workout clothing.

Kajimura said that the collection is as much a product of the company’s material innovation as its design.

“At our core, we’re a material innovation company,” Kajimura said. “Half of my team is product and half is innovation. They’re constantly looking for new materials and trying to bring them to market for the first time. We can recycle harmful synthetic materials like nylon and polyester, but that can only be a bridge to the future we need to see. We can’t just be less bad; we need to come up with entirely new types of materials.”

Kajimura pointed to the several material innovations Allbirds has made, like using wool for its sneaker uppers and sugarcane-based foam for their soles. Other brands typically make these from polyester.

Like its shoes, apparel made by Allbirds has its carbon footprint number, showing how many kilograms of carbon were put into the atmosphere to manufacture it, printed on each piece. The prominent placement of the carbon footprint, which Allbirds says it offsets after production through brand efforts like investing in wind energy, is meant to remind customers of the actual cost of the production of clothes. Kajimura said that making customers aware of the impact of apparel production can influence them to make smarter choices about what they buy.

Education is a theme of Allbirds’ marketing for the Natural Run activewear collection. Its focus is information on the emissions caused by polyester and the widespread use of the material. The marketing also makes comparisons between polyester and the natural fibers the brand developed. In social posts, Instagram ads and emails blasts, Allbirds calls out specific data about polyester, including that it takes the amount of oil to power 47,000 cruise ships to manufacture the fashion industry’s polyester for a year.

“The way we differentiate our product relies on educating consumers on the status quo,” Kajimura said. “You can’t understand how this is different if you don’t understand what’s going on.”

The new category comes at a time when Allbirds is reportedly gearing up for an IPO later this year. Allbirds’ valuation is more than $1.7 billion as of the beginning of the year, after the company raised more than $100 million at the end of 2020. At the time of the fundraising, Allbirds had indicated in press statements that it would use the money for new category expansions, though only activewear has been announced so far.

Five-year-old Allbirds’ days as a scrappy startup are behind it, and an IPO would put it in more direct competition with footwear giants like Nike. The company had tried to establish itself as a more viable alternative to traditional sportswear brands in the past, even dipping its toes into streetwear with a Jeff Staple collaboration in December.

“Allbirds launched into a market that was filled with thousands of Nike and Nike alternative products, each with a custom logo and branding,” said Gil Eyal, partner at investment firm Starfund. “Allbirds branding focused on quality in a sustainable product, boasting that Allbirds shoes were the world’s most comfortable sneaker. The authenticity around the brand, along with general boredom or disappointment with mainstream brands that often overpromised but underdelivered, allowed Allbirds to stand out.”