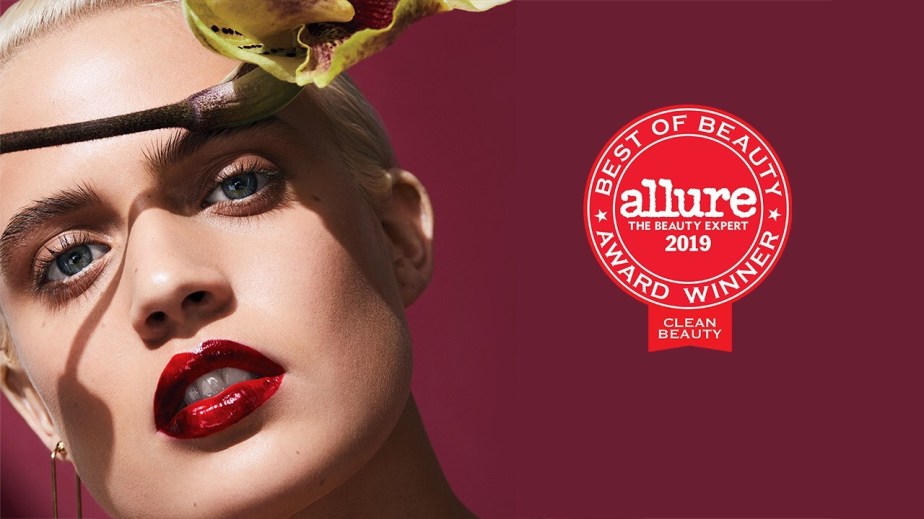 As traditional editor reviews fall out of favor, Allure is introducing a Clean category to its Best of Beauty Awards. Winners were chosen with support from research and a slew of scientific experts.

On Monday, throughout the day, Allure is announcing 306, editor-selected 2019 Best of Beauty Award winners, 27 of which will also be awarded its new Clean seal. The seal indicates that a product is free of 15 ingredient categories, including silicones, parabens and talc.

To establish the ingredient-based criteria for the award, Allure editors consulted with experts including toxicologists, dermatologists and chemists. An explainer on the Clean stamp is now featured on allure.com and represents the first time Allure has publicized its clean beauty standard.

“It’s no secret that there’s confusion about all the different terms, like ‘natural’ versus ‘organic’ versus ‘clean beauty,’” said Michelle Lee, Allure’s editor-in-chief. “People are using ‘clean beauty’ more, and there’s no standard. We wanted to create the standard, with the hope that it will catch on.”

In launching the Clean seal, Allure joins a number of beauty companies attempting to simplify “clean” for consumers. Currently, each has a unique definition of the word, which, it could be argued, adds to the confusion. But all do work to weed out brands using “clean” as a marketing tool by labeling products as such when, for example, only a small fraction of ingredients fit the bill.

“It’s like the Wild West right now,” said Lee. “We’d love to partner with other brands and retailers to agree on one standard. But right now, we’re just making sure we’re sharing the information and research we have.”

In June 2018, Sephora introduced the Clean at Sephora initiative, which included stamping approved products with a green leaf seal, and dedicating store space and online product pages to the clean category. In July 2019, Clean at Sephora’s no-no ingredient list was updated from 13 to 50. In June, QVC and HSN launched Clean Beauty seals for products free of 15 ingredients. The inventories of clean beauty retailers including Credo and Follain serve as their stamp; Credo’s released The Dirty List, spelling out its 19 banned categories of ingredients, and Follain lists its 30 restricted ingredients on its site.

Monday marks the release of Allure’s 23rd Best of Beauty Awards, which are featured annually in its October, “Best of Beauty” issue. Lee said finalizing the honorees is an eight-month process that includes three months of testing 7,000 products. And in the end, it works to sell those products.

According to Allure, the presence of a Best of Beauty seal works to drive a 9% uplift in a product’s sales, on average, and more than 287 million products featuring an Allure seal are sold every year. Eighty-two percent of women nationwide recognize the seal, and 89% say the seal signifies the product is trustworthy and effective. Eighty-six percent are more likely to purchase a product with an Allure seal on its packaging.

“Winning [a Best of Beauty] Award was a goal when I started the line, and I still consider Allure the beauty authority,” said Drunk Elephant founder Tiffany Masterson. “The beauty space is incredibly overwhelming; it’s just too much. So people pay attention to that seal, and they trust it — as a consumer, I look for it. And we get a lot of attention when we win, and it helps our products’ sales. It’s powerful, that affirmation.”

This year, Drunk Elephant’s Slaai Makeup-Melting Butter Cleanser is taking home a Best of Beauty Award and Clean seal. On its e-commerce site, Drunk Elephant features its awarded stamps next to their corresponding products. For example, its cult-favorite C-Firma Day Serum highlights its Women’s Health Editor’s Choice Award and its InStyle Best Beauty Buys award, in addition to its Allure Best of Beauty Award from 2018. Masterson said she’ll showcase Slaai’s Allure stamp at each of the product’s customer touch points, from its packaging to its Sephora product page.

As research is ongoing, Lee called Allure’s clean beauty standards a “living, breathing document.” For example, some ingredients listed have been widely flagged as being potentially harmful but have not been scientifically proven to be harmful. As more research rolls out providing proof, Allure’s standards will be updated accordingly.

As of spring 2019, Allure has a print audience of 5.3 million, according to consumer insights company MRI-Simmons. Its online audience is 10.5 million, per ComScore. The Condé Nast publication began diversifying its revenue with a subscription beauty box in 2012, bringing its operations in-house three years later. It’s since seen rapid growth, with revenue increasing 90% year-over-year from 2017 to 2018.

The Clean stamp is not the first Best-of-Beauty stamp incorporating external expertise. Lee pointed out the Allure Breakthrough seal, awarded to effective products introducing a new ingredient, technology or design to the beauty category. “A lot” of industry experts are consulted, she said.

But it comes at a time when the relevance of editor reviews are increasingly coming into question. For fashion month, kicking off early this month, Vogue moved further from its traditional coverage of runway images and reviews, ramping up its video content by releasing one video per weekday. Rather than strictly editors, “the subjects will often be people who are unrelated to fashion, like influential women in music, TV and the social media world,” said Sally Singer, Vogue’s creative digital director. And for New York Fashion Week, wrapping on Wednesday, Business of Fashion scrapped individual Tim Blanks reviews entirely.

“What Allure is doing is holding themselves accountable,” said Masterson. “It’s not just an opinion anymore, but it’s based more on studies. But the definition of ‘clean’ is fluid, and it’s evolving. And in the end, there are opinions involved.”