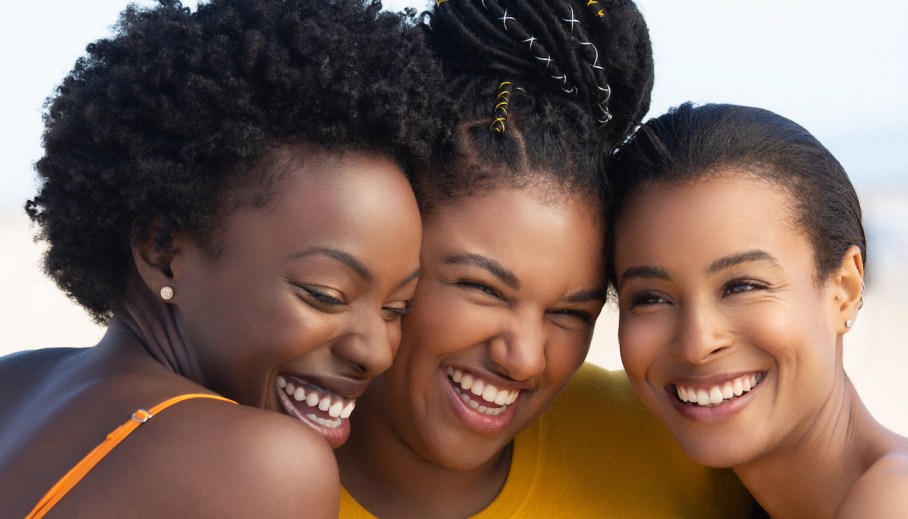 Unsun Cosmetics and SheaMoisture bring diversity and inclusivity to sunscreen

Like foundation and haircare before it, sunscreen is moving toward greater sensitivity to diverse skin tones, and on a mass scale.

This week, Unsun Cosmetics, known for its shade-inclusive SPF-focused products that sell at UnsunCosmetics.com, Credo and Detox Market, is launching a diffusion line called Unsun Everyday. The collection landed in 180-plus metro-focused Target stores and on Target.com to serve customers of color. Though Unsun Cosmetics falls in the prestige price point — its hero product, a Tinted Mineral Sunscreen retails for $29 — the new assortment at Target sells for $12.99 for an SPF 15 face cream and $15.99 for an SPF 30 body cream. However, Unsun is not the only brand to want to teach diverse consumers about sun protection. For the first time in its 22-year history, SheaMoisture is also venturing into sun care. The Unilever-acquired brand debuted its first SPF 35 body product, as well as a pre-swim sun protector for hair and an after-sun body cream, earlier this month exclusively with 3,000 Walmart stores and Walmart.com. SheaMoisture’s sun protection products range from $11.97 to $13.97.

Sunscreen that is best suited to multicultural skin tones is made from natural ingredients, such as zinc oxide or titanium dioxide, and then tinted. But many are not tinted enough. Other chemical-based formulas, made up of avobenzone and oxybenzone, may also work but typically require a clear base.

Katonya Breaux, Unsun Cosmetics founder, launched Unsun in 2016 because existing sunscreens left a filmy residue on her darker skin. Her recent move with Target not only gives the brand a larger physical retail footprint — with its Credo and Detox Market partnerships, it’s only in 16 stores — but it also allows women of color access to sunscreens free of chemicals — chemicals in SPF products have recently been thought to potentially enter the blood stream. “I don’t play the exclusivity game,” said Breaux. “I understand why a woman may say she doesn’t want to pay $30 for a sunscreen and use Banana Boat instead, if she uses sunscreen at all. For us to be truly inclusive and represent all women, we have to account for price.” On average, Unsun Cosmetics customers range in age from early 30s to 60s, said Breaux.

Though Breaux would not disclose 2018 sales, she said that 70% of the 3-year-old brand’s business comes from the direct-to-consumer site and 30% are through Unsun’s wholesale partners. Interestingly, though, on the brand’s site, about 70% of customers are women of color, whereas at Credo and Detox Market, the demographic shifts: Only about 30% of customers are women of color, while 70% are white. With the Target launch, where the brand is displayed on end-caps in select stores that a have a large concentration of African-American shoppers, Unsun expects to double 2018 sales at a minimum. Per Transparency Market Research, the global sun-care market is expected to grow by about 6% to around $25 billion by 2024.

“Though women of color spend millions of dollars on beauty, we have been marginalized and not spoken to, but we’ve seen with Rihanna and Fenty, these shoppers need products to speak to them,” said Breaux.

According to Nielsen, multicultural consumers (including that African-American, Asian and Hispanic people) account for about 42% of the personal soap and bath needs category, or $1.3 billion, and 32% of the fresheners and deodorant category, which is over $774 million. A 2018 Euromonitor International study showed that 18.6% of respondents choose skin type as an influential product feature for sunscreen, and 3.4% look for products that are suited to their race or ethnicity.

SheaMoisture, a leader in the diverse space, has also seen the opportunity in sun care. Its latest collection was not a Unilever directive after the brand was acquired in late 2017, but it has been five years in the making, said Jessica Vaccaro, SheaMoisture innovation marketing manager.

“There was a gap in assortment, and we’ve worked hard to develop a full suite of products that combat the sun’s effects on the body — not just the skin but also the hair,” said Vaccaro. Three products are meant to create a sun routine for the SheaMoisture customer, she said. Still, hair care is the brand’s best-selling category overall and SheaMoisture hair products are also the top-selling performers at Walmart.

As such, like Unsun and Target, SheaMoisture launched this collection exclusively in end-caps in 3,000 Walmart stores because of its existing positioning in these stores and the retailer’s recent moves in natural skin care, said Vaccaro. Later this year, the line will move into SheaMoisture’s other retail partners.

Both Unsun and SheaMoisture are using Target and Walmart, respectively, to create product awareness. Neither will be formally activating any influencers, though SheaMoisture will be seeding the product at upcoming festivals like CurlFest and Essence Fest in July, which attracts the brand’s “millennial-minded” customers. For now, Unsun Everyday will not be sold on Unsun Cosmetics’ direct-to-consumer site.

“Retailers are still where brands get seen and where customers see themselves,” said Breaux. “If we want to have a conversation about women of color being at risk with the sun and need to be wearing sunscreen, we have to be where she shops.”