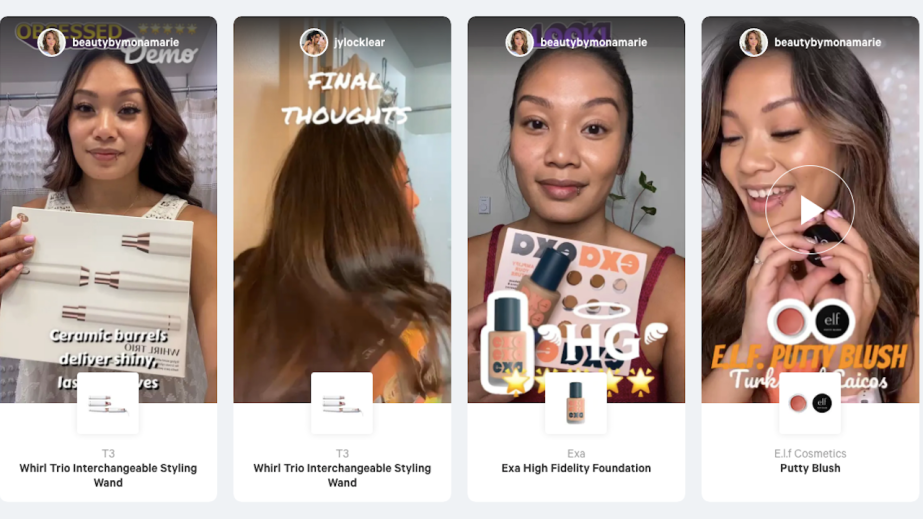 After investing in shopping livestreaming on its e-commerce site, Ulta Beauty is expanding its investment with the format with Supergreat.

The beauty retailer launched with the livestream and short video shopping app last week and has hosted 27 livestreams to date. The initial partnership is slated to last for 14 weeks with multiple daily livestreams, ranging from 15 minutes to over an hour. It marks Ulta Beauty’s foray into livestreams with links to purchase in-stream; its current on-site livestreaming has static links underneath videos and it has not incorporated shopping into its Instagram Lives. Streams are currently hosted by 20 of Supergreat’s hosts, while Ulta Beauty plans to onboard its own influencers to host more livestreams in the future, including with exclusive product drops.

Supergreat “has been one of those platforms that stood out to us because of the hyper-enthusiastic beauty community that fuels a lot of the dynamic conversation they have with their creator [livestreams],” said Christine White, head of content and media strategy at Ulta Beauty.

The app currently consists of 94% women, and its audience is primarily Gen Z with 65% of its users between 16 and 24 years old. The average daily time spent on the app is 20 minutes, with its highest-selling livestream selling $60 in GMV per minute for a period over 40 minutes.

Ulta Beauty’s work with livestream shopping remains experimental. It has a goal of “starting to understand what makes people want to engage with live selling,” said White. So far, its Supergreat livestreams have each received 700-1,000 viewers and 2,500 comments per 30-minute livestream. Supergreat lives “are seeing people convert at a pretty high basket rate,” she said.

Supergreat has been onboarding a wide range of beauty brands, with 4-8 brands joining a month, said Enid Hwang, head of community and marketing at Supergreat. “It’s not just the small DTC or digitally native brands that are now willing to give platforms like ours a go, but it’s much bigger players,” she said. Supergreat currently has $10 million in funding, including investments from celebrities such as Hailey Bieber, Hannah Bronfman, Kate Hudson, Ashley Graham, Karlie Kloss and Gabrielle Union.

“This is a new community where we have our own talent that has grown up with Supergreat over the past couple of years,” said Tyler Faux, co-founder and CEO of Supergreat.

The app is betting on both livestream and TikTok-style short-form shoppable videos.

“We continue to see engagement increase, even as things are starting to reopen,” said Faux. “What happened during the pandemic was that we discovered livestreaming. Before that, we just had short-form videos, and we still think short-form videos are a very important piece of Supergreat.”

The Ulta Beauty livestreams are being promoted across Ulta’s social channels, email list and site, as well as on the Supergreat app. Content includes tutorials, “get ready with me” videos and physical store visits, with “edutainment” driving engagement and views. To check out, users are redirected to Ulta Beauty’s website. Supergreat is currently testing in-app checkout with other brands.

Like many other brands, the pandemic “accelerated” Ulta Beauty’s investment in livestreaming, said White. But the technology had already been on the retailer’s radar. “We’ve all been watching the progression of livestreaming from Asia; that’s nothing new over there. It’s been around for many years and makes up a massive part of their social commerce industry. So we definitely anticipated this functionality coming to the U.S.”

Supergreat hosts tend to be those chosen specifically for the platform, but some have large followings on other apps such as TikTok.

“Organic reach is a bit dead right now on all these other platforms; [for creators,] it’s hard to continue to grow your audience on Instagram nowadays, whereas on Supergreat, the live events are exposed to our entire community,” said Hwang. “You don’t have to follow these creators, necessarily, to see the livestreams and see that carousel promoted to you at the top of everybody’s homescreen.”

“The very unique thing about the Supergreat community is the positive nature of it. You’ve probably been part of a ton of live experiences where you see a ton of trolling within the comment sections. But I can say, even at just over a week into the partnership, it’s an uplifting, positive community,” she said.

Ulta Beauty’s livestreaming strategy remains in an experimental phase, with White describing it as a “work in progress.” In addition to its current live-streaming platforms, she said Ulta is “looking at the opportunities with our social channel partners, like Instagram and Facebook and TikTok, and wants to be part of those experiences, to learn.”