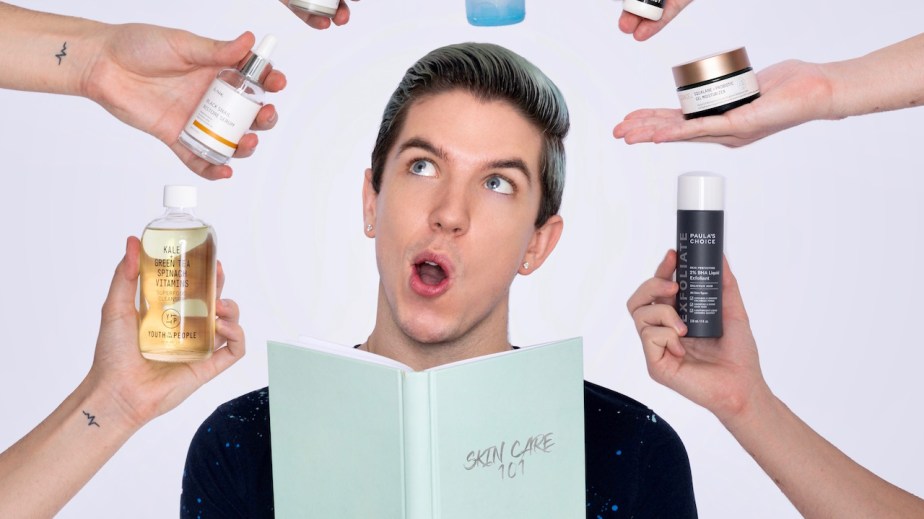 Move over, YouTube. Thanks to the rise of superstar “skinfluencers,” TikTok has become a key source of beauty information for Gen Z.

A combination of dermatologists, estheticians and skin-care aficionados, TikTok’s army of skin-care influencers have built up devout followings and have the ability to make or break sales for brands. The hashtag #skincare now has 10.9 billion views on TikTok, while #acne, a top concern for the teens on the platform, now has 2.2. billion.

Hawaii-based skincare influencer Hyram Yarbro has emerged as the de facto ruler of the TikTok skinfluencers, with 5 million followers amassed over the course of less than 5 months. He is especially known for his signature duets in which he reviews fans’ and other TikTok stars’ skin-care routines, and does not hold back on his disapproval over certain procedures — such as when Dixie D’Amelio used a pore vacuum. Skin-care brands’ TikTok video comments are frequently peppered with users tagging him to see if the product earns his stamp of approval. The hashtag #skincarebyhyram, which people use to submit their routines to him in hopes of receiving a duet, now has over 930 million views on TikTok.

“I like my videos to be pretty informative, and a blend of entertainment and information,” said Yarbro, who had a YouTube following of around 1 million before he started posting on TikTok in March of this year. His TikTok following has far surpassed that on YouTube, where he has 2.88 million subscribers and also posts video reviews of TikTok users’ skin-care routines. “TikTok is very short; it’s very quick. I feel like with TikTok, I get to display the more fun side of my personality that is more humorous, which is something that is important to me.”

An endorsement by Yarbro means big sales for brands: Peace Out Skincare’s pore strip sales saw a fourfold increase in 24 hours after Yarbro did one of his famous duets with influencer Kaelyn White while using the product. CeraVe, a favorite brand of Yarbro, began working with him officially after he frequently praised the brand.

“He built a really strong following for his authenticity. He’s really a skin-care expert and takes the time to share his skin-care knowledge with his followers and with his fans,” said Derrick Booker, the vp of marketing at CeraVe.

But not just any brand gets to work with Yarbro, who said he now fields requests from 30-50 brand a day. He is especially wary of working with luxury brands, sharing his opposition to their high price point.

“My purpose and intent was just to educate about the basics of skin care and to help customers navigate shopping for skin care a little better since there is a lot of misinformation and industry-led ignorance, in order to have customers buy as much skin care as possible,” said Yarbro.

TikTok skin-care influencers, who are often Gen Z or millennials, have built up followings for recommending what works for them and not holding back when it comes to critiquing products. Niki Romano’s TikTok account @winningskin has earned 35,000 followers for her blunt takes on which products she believes work and which don’t. She began posting on just May 10, and said the key to growing followers exponentially is to have one viral video that takes off. Her video “What I would and wouldn’t buy from Costco,” received 1.1 million views — CeraVe and Boscia were a yes, Neutrogena a no.

“People in general, not even just in the skin-care world, are pretty ruthless” on TikTok, said Romano. “People will literally say whatever they want and make videos about whatever they want. People love to obviously hear what you like, but they also want to know what you don’t like.”

An influencer named Vi, who posts from her account @whatsonvisface, for example, has earned nearly 300,000 followers by criticizing products that she believes are unnecessary, in an acerbic and witty tone. Her thoughts on jade rollers: “Honestly, it’s only fun when you’re high and it’s been refrigerated. Otherwise, it will take a lot of time and I don’t have the patience.” She also weighed in on Clarisonic, which recently announced it’s shutting down, saying, “Just use your fingers” instead, and advising those with sensitive skin not to use.

The growth of skin-care influencers has been rapid on TikTok. Young Yuh’s account @yayayayoung has received over 698,000 followers since launching in early March. He said he had previously been active on Instagram, but it had “never really picked up traction.”

“Instagram is very photogenic. It’s very posh, sophisticated and chic, but mine was not like that,” he said.  One of his most popular videos on TikTok shows him putting Sriracha on his face as a face mask as a joke, saying “I totally recommend this to no one.”

“I’m willing to do things that other people won’t like, for instance. I’m willing to purposely put retinoids on my face for a week straight, twice a day, just to see what will happen with my face,” he said. Other posts that are popular include his advice on K-beauty, like a description of his 10-step routine.

A group of skin-care professionals has also logged on to TikTok to counter some of the evidence-light information being shared by would-be experts. Dermatologist Dustin Portela makes videos for his nearly half a million TikTok followers debunking claims about products made by non-doctors. For example, a recent video disputes a claim by a user that a sunscreen “can cause cancer by blocking the light that tells my damaged cells that turn to cancer to commit suicide.” At the same time, he is also careful to state in his TikTok bio that his account is “not medical advice.”

Yarbro also noted that his advice should not be considered medical, saying users view his content as similar to “shopping with a best friend.”