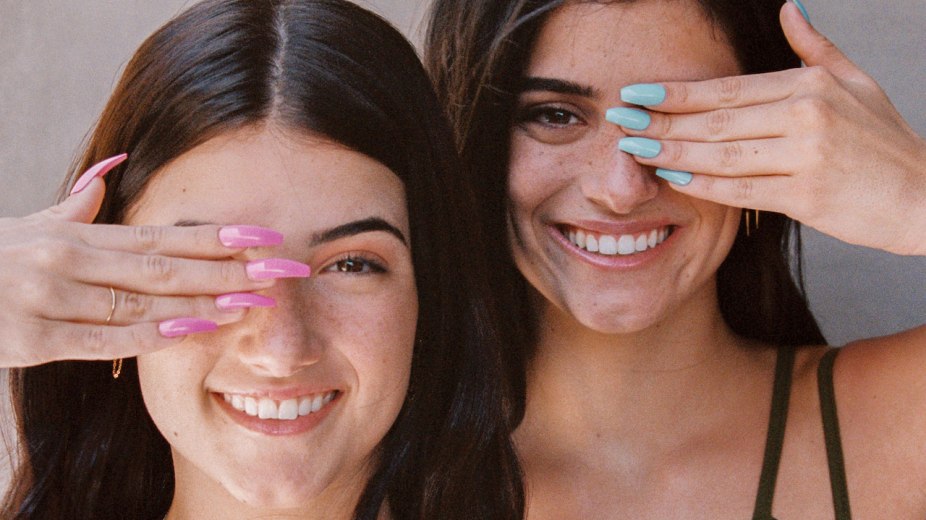 When colorful nail-polish startup Orosa Beauty launched online in August 2019, it had a millennial customer in mind. But thanks to a recent TikTok campaign featuring the app’s No. 1 influencer Charli D’Amelio and her sister Dixie, the brand has done a full-on pivot to focus on Gen Z.

On August 4 this year, the DTC brand launched its collaboration collection with the TikTok megastars. It was promoted on the brand’s and sisters’ accounts on TikTok as well as other platforms including Instagram and YouTube. Called the Coastal Craze collection, it is made up of eight bright nail-polish colors featuring Charli and Dixie’s names on the bottles, as well as sticker sets and three limited-edition boxed sets. The #orosaxcoastalcraze campaign hashtag is now up to 171.3 million views on TikTok, with millions of view per each video posted to the sisters’ accounts.

“The first couple of months upon launching, the demographic was really more the 25-34 age group,” said Carolyn Chen, founder of Orosa Beauty. “As we started offering more nail art tutorials, we [saw] the audience demographic shift and grow in the younger demographic area.”

Chen came across Charli and Dixie on TikTok at the end of last year.

“As we were thinking through our social media strategy, they definitely were top of mind as great partners, because of their community, their focus on expressing themselves and their connection to nails,” she said. The planning for the campaign began in January 2020.

Since that planning began, Charli D’Amelio, TikTok’s “undisputed ruler,” has risen to amass over 84 million followers and has taken part in multi-million-dollar brand partnerships, including a Super Bowl Commercial with Sabra hummus, a front-row appearance at Prada’s Milan Fashion Week show and a viral Hollister campaign. Most recently, Dunkin’ Donuts revealed on its social channels a D’Amelio collaboration via a drink called “The Charli” on September 2, creating what could become Gen Z’s pumpkin spice latte.

The D’Amelio sisters have also inked major beauty deals. The pair are the faces of the Morphe 2 beauty line launched in July, and Dixie scored a brand ambassador contract with Dermalogica in April. Charli has also boosted smaller startup brands like Starface, which she has shown off in multiple TikTok videos for free apart from the gifted product. Promotions like this by TikTok royalty can earn massive brand recognition for up-and-coming labels.

As TikTok has grown to the behemoth platform it is now, mega-influencers have become much more expensive over a short period of time.

“TikTok is hot, and so are TikTok influencer rates,” said Trina Albus, a social media expert and the founder of Magenta Agency. “Rates have definitely gone up over the past year, especially through the pandemic.” She said this is because “the potential for influencer posts to go viral and reach millions of people is very high — even with a relatively smaller following — which you can’t say about many other social platforms.”

Albus said a starting point for calculating the value of a partnership is 1 cent or 2 cents per video view, for a set period of time.

“If an influencer has millions of followers and views, like Addison Rae or Charlie D’Amelio, they may offer lower rates because even 1 cent or 2 cents per view is too high for many brands when average views are in the 30 million range, as an example. Some influencers are aware that many brands are smaller and don’t have the budget to pay their normal rate, so they offer a discount because they really love the brand and want to help them grow,” she said.

“Most of our growth has definitely been through TikTok, especially following the partnership,” said Chen, who said the brand saw “a huge increase in engagement and followers” from the campaign. Prior to the launch, Orosa was averaging under 1,000 views per video on TikTok; now it’s earning over 50,000 views on each.  “We were just sort of exploring different formats for content on our end and gearing up to create more videos, and now we’re at almost 100,000” TikTok followers. Orosa did not disclose the financial details of the campaign.

The Orosa campaign shows the importance of leveraging influencers to gain brand awareness fast and early.

“Influencers have always been a really important part of our marketing strategy,” said Chen, who noted that the brand is interested in both top social media stars and micro-influencers that focus on nail content. While millennials are interested in certain aspects of the brand including product performance and its “14-free” ingredient designation, Gen Z is focused on its visuals and fun nail art designs — which have become especially popular with the rise of DIY manicures during the pandemic.

“With Gen Z, the tutorials and the nail art looks are definitely something that they look for more, in general. They’re looking to change up their nails more; they want to find different ways to get creative.”