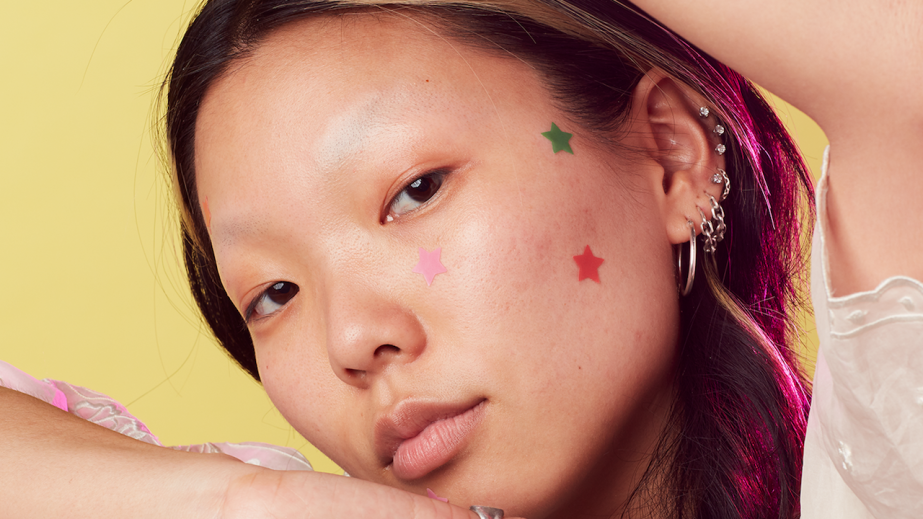 Like BB cream, double cleansing and essence, the acne patch has emerged as the latest K-beauty innovation well on its way to becoming a full-blown beauty craze in the United States.

Inspiring a host of successful, recently launched startups, including ZitSticka, Starface, Hero Cosmetics and Peace Out, the acne patch market in the U.S. is heating up. Original players in the space include K-beauty brands like COSRX and Amorepacific-owned labels, while Estée Lauder-owned K-beauty brand Dr. Jart also offers patches.

Now available with a range of different ingredients, the most common acne patches feature hydrocolloid, an ingredient used in wound dressings to promote healing. The substance uses a gelling agent to draw out pus, which makes it a useful tool for acne. The use of hydrocolloid acne patches in beauty caught on in South Korea around 10 years ago and has since become a K-beauty staple. Ju Rhyu founded Hero Cosmetics in 2017 with its flagship hydrocolloid Mighty Patch, and has since expanded to other patches including micropoint and daytime patches. The brand has seen 25% month-over-month sales growth since January.

“I noticed people in Korea wearing acne patches,” she said of her first encounters with the product. “I didn’t know what they were, and I was really curious. I found out they were for acne, so I bought some and I tried them, and I was amazed at how well they work. I immediately started wondering why they weren’t more available or widely known in the U.S.”

Rhyu started doing her research and found that wound care brands like Nexcare offered acne patches in the U.S., but consumers were not widely aware of their existence. “I wanted to basically move it away from the Band-Aid aisle,” said Rhyu. “I want to offer more of a beauty product, because acne is a skin care and cosmetic issue.” Learning that the acne patch market in South Korea was worth $50 million showed its promise for other markets.

“If you look all across the board,” South Koreans are “no strangers to using products that are not typically meant for beauty as tools for beauty,” said Charlotte Cho, the co-founder of beauty e-commerce platform Soko Glam, which offers four different brands of acne patches. Cho said Soko Glam was the first to introduce acne patches to the U.S. market when its e-commerce site was launched in 2012. The first acne patches she stocked in the store were from MISSHA, offering a package of 96 patches for $7. They were followed by versions from other popular brands, including COSRX.

“The whole acne pimple patch category is one of our No. 1 categories for Soko Glam,” said Cho, who noted that acne products are seeing especially high demand during the pandemic. In response, the site is selling a “Maskne Treatment Duo” that includes microneedle acne patches. The e-tailer’s brand incubator Soko Glam Labs is also planning on expanding into this category.

Some zit sticker startups in the U.S. tend to focus specifically on either millennial or Gen-Z age demographics, using differing retail channels, brand identity and price points for each age group. Adult acne has become an important market as brands become increasingly aware that acne is not just a teen problem — one third of acne doctor visits are actually made by those over the age of 25, and studies show that up to 55% of adults experience acne.

The biggest customer group for 1.5-year-old ZitSticka is in the age range of 22-38, said its co-founder and director Daniel Kaplan. The VC-backed brand utilizes millennial-pink branding, and sells through its DTC site as well as upscale retailers like Violet Grey, Goop and Net-a-Porter. It received a boost when when Chrissy Teigen shared that she uses the product on her Instagram Stories.

“We really wanted to de-stigmatize acne,” said Kaplan. “To do that, an important part of it was taking acne treatments and the look of acne treatments, and throwing them into the beauty world — rather than [creating] a product that looks like it belongs on a CVS shelf.”

Acne patch brands in South Korea tend to be at a much lower price point than their counterparts in the U.S.

“It’s very affordable in Korea,” said Cho. “It’s very drugstore. I haven’t seen any elevated pimple patches, other than those that have specific technology that is proprietary. Once more brands in the U.S. come into the market, I honestly don’t think it’s going to be feasible to keep the prices as high as some of these brands are.”

Starface, meanwhile, launched in September 2019 and has tackled the teen acne market with its “Gen Z yellow” branding and strong ties with TikTok’s most popular influencers; Charli D’Amelio and Addison Rae have helped the brand skyrocket to fame by wearing the brand’s distinctive star-shaped patches in their dance videos. The brand also generates engagement on social media through its cartoon Big Yellow character, which serves as a form of mascot for the brand and adorns the product’s packaging.

“Our audience is predominantly 17- to 24-year-olds. We are very much a Gen Z brand, but we also have a really strong millennial customer base. I think that’s because acne is so pervasive, because 95% of people experience this,” said Starface founder Julie Schott. She said she was inspired to start the brand when seeing the products in Seoul while working as a beauty editor at Elle.

Functionality-oriented K-beauty has not adopted the Gen Z-friendly practice of releasing patches in fun shapes and colors. But U.S. brands have joined Starface in the trend, including Squish’s bejeweled flower patches, which are sold at Urban Outfitters, and Truly’s CBD-infused marijuana leaves, stars and hearts.

“I think Korean [beauty] is just more about function,” said Cho. “It’s been around for so long, and they’re really not trying to make a brand new moment out of it. It’s like a Band-Aid.”

The fun shapes are not needed to normalize wearing the patches during the day in South Korea, said Cho. She said it’s not uncommon to see professionals wearing them in the office.

“Skin care was very private as a culture in the U.S.,” said Cho. “But in Korea, my experience with skin care was that people are very vocal about what they use.” She said that when she introduced pimple patches to the U.S., “everyone would ask me, ‘You can only wear them at night, right?’”

Starface has been especially vocal about trying to change that by turning the patches into a mini status symbol. Part of its branding ethos is to never use words like “blemish” or “imperfections” to describe pimples. “That might seem like a small decision, but to us, that can be so damaging to those who are who are experiencing acne,” said Schott. “We’re really deliberate about language, about positioning and just trying to bring optimism and joy to something that has never been joyful or positive before.”

Peace Out Skincare, meanwhile, has seen significant growth targeting a wider range of the age spectrum, tapping into TikTok “skinfluencers” to reach Gen Z and more traditional channels like YouTube for a millennial audience.

Many acne patch brands including Peace Out, ZitSticka, Starface and Hero offer subscriptions on their DTC sites, tapping into a model that has worked well for DTC personal care products like razors. Hero Cosmetics sees around 25-30% of its sales coming from subscriptions.

“The subscription model has just made sense,” said Schott. “It’s similar to the toothbrush/toothpaste type of model, where you’re like, ‘OK, this just arrives every month, and I don’t have to worry about it.’ There are just certain customers who want that.”