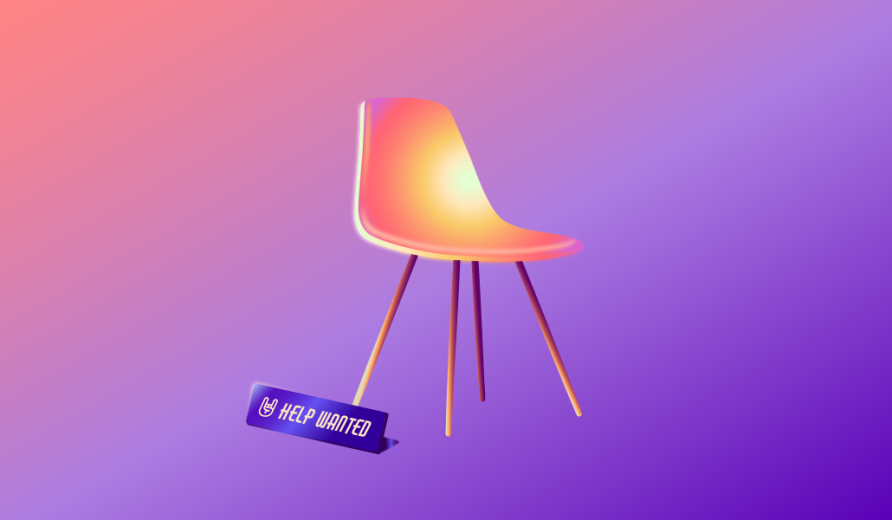 This story is part of The Great Mall Overhaul, a joint Modern Retail and Glossy editorial series looking into all the ways the businesses underpinning malls have been upended.

Despite reports of some retailers slowing retail salesfloor hiring, recent data shows that the market is still competitive for finding and retaining workers.

According to September data from integrated workforce management platform Magnit, retail associate pay is up 22% since 2018. In addition, with consumers’ return to physical stores, demand for hiring retail workers is outpacing demand to hire warehouse workers for the first time since 2019. Competition is especially high for attracting and retaining staff for retail mall brands, with many upping the perks to attract both seasonal holiday workers and long-term staff.

“The labor shortage isn’t going away for another few years. We just don’t have as many people entering the workforce as we do leaving it,” said Raleen Gagnon, vp and gm of total talent intelligence at Magnit. While the high unemployment compensation during the pandemic has often been cited as the main reason driving the retail worker shortage, Gagnon said several longer-term trends are at play, including  competition from warehouses and shifting priorities among younger workers.

“The market continues to be competitive,” said Hilary Lloyd, vp of marketing and CSR for North America at The Body Shop. She said the company was able to achieve a 15% increase in retail job applications in 2021 due to its Open Hiring policy enacted in 2020. Geared toward removing bias in hiring practices, the policy hires the first person to apply for the job if they are legally authorized to work in the U.S., can lift 25 pounds, can work eight hours and can describe why they want to work with customers.

Warehouse jobs are posing competition to retailers for workers, said Gagnon. According to Magnit, warehouse pay is 25-45% higher than retail pay nationally. Amazon pays its workers a minimum of $15 an hour and recently announced pay increases to take the average pay of front-line workers to $19 an hour. Amazon has, however, been slowing the expansion of its warehouse openings. Its plan to conduct a round of layoffs of 10,000 people reported this week is said to involve cuts to corporate and technology jobs.

Those raising wages are doing so in a variety of ways. U.S. Lush stores instituted a living wage policy this spring. Based on cost of living in each region, the pay increase in L.A. ranged from 14.87% to 26.75% when the model was enacted, said Nicole Im, the North American talent acquisition partner for retail at Lush.

“Our all-time highest vacancy level was probably in 2021,” said Im. She said Lush has improved at hitting hiring targets since then, with an 11.6% decrease in open roles in 2022 compared to 2021. “It’s definitely been challenging getting to this point,” she said. Beyond pay, the company has been training its staff in active recruiting.

One group that is more immune to the pull of warehouse wages is high school and college students looking to earn money on the side. According to Magnit’s data, teens under the age of 18 accounted for less than 5% of retail hiring before the pandemic, but they made up 10% of the retail workforce in the past two years. But with packed schedules and crushing academic demands, fewer teens overall are interested in a typical mall job these days, said Gagnon.

“Today, we see a much lower percentage of students in universities or cases that are actually working on a daily basis or even picking up those shifts. So it’s a small pocket of candidates,” said Gagnon.

“Malls are actually much more difficult, from a retail standpoint,” said Gagnon. She noted that mall retailers are in direct competition with neighboring shops for the same employees, feeling more pressure to offer sign-on bonuses and attractive discounts to poach workers.

“That sign-on bonus is huge for the younger generation and even others that are just looking to make extra money during the holiday season. In the mall, you’re bombarded by every other retailer hiring,” she said.

As for employee discounts, The Body Shop offers 50% off regular-priced items and 30% off gifts during the holiday period.

Flexible schedules are also key for attracting these young workers with busy lives, said Gagnon said. Many retailers “have invested in technology allowing staff to just open an app as late as four hours before their shift, log on to the scheduler and say, ‘I’m sorry, I can’t make this shift.’”

Brands have also been rolling out more perks for temporary seasonal holiday workers. Lush is offering a $25 gift card for the first time, while The Body Shop is offering five “incentives for holiday associates,” including “cash and gift cards,” up from three incentives last year, said Lloyd. Lush has also increased the extra pay it offers to returning seasonal workers. compared to previous years.

Lush increases its retail staff by about 50% during this time of year and makes the bulk of its annual sales with its signature gift boxes. The Body Shop plans to hire over 500 seasonal associates over the holidays, up from 427 last year.

To attract workers during the ongoing shortage, Gagnon has some key recommendations for brands. No. 1, unsurprisingly, is to increase wages to competitive rates and give out paychecks weekly, instead of biweekly. And to attract young staff, discounts and flexibility are key: Discounts should be offered immediately upon hire, as should options such as shift flexibility and forgiveness for missed shifts.

Retailers “that are having the greatest turnover are being very creative,” said Gagnon. “They’re making sure they’re [communicating] discounts immediately upon hiring, plus [dedicating] a group of shopping days or certain deals to employees only, to really sweeten the pot.”