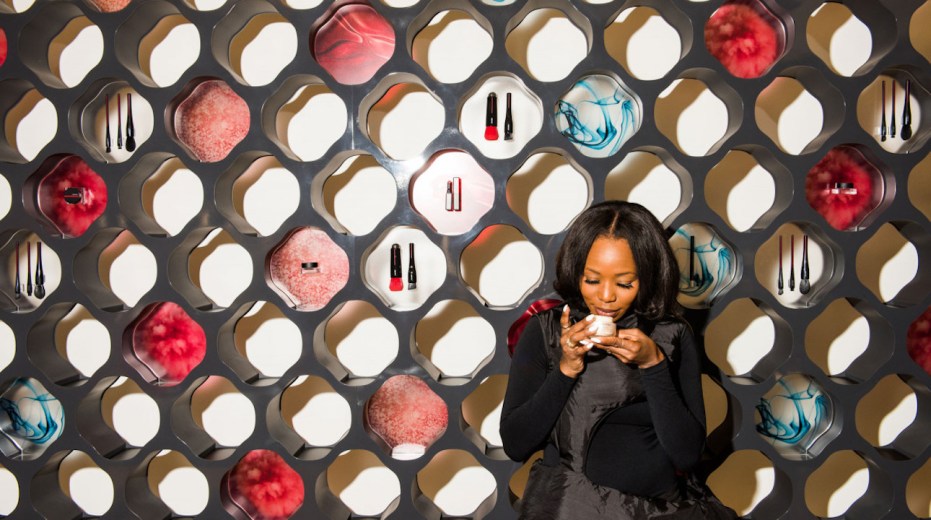 Shiseido is increasing its influencer marketing spending by 50% in 2019

Since launching its revamped color cosmetic collection in August 2018, Shiseido has realized the importance of its influencer strategy in creating millennial brand awareness.

In 2019, the Japanese beauty company is expanding this approach to include all brand initiatives and subsequently increasing its influencer spending by more than 50% for the U.S.

The first of the 2019 marketing initiatives began in February with Shiseido’s refocused marketing efforts on its hero skin-care category. That included a campaign for its Ultimune Power Infusing Concentrate and Eudermine Revitalizing Essence involving a paid ambassador contract with beauty editor-turned-influencer Kahlana Barfield Brown (who has 236,000 followers on Instagram) featured in a paid content post on digital lifestyle site The Coveteur. The beauty company also launched Shiseido’s Always-On influencer program with global marketing services and media company Stylehaul. The first-of-its-kind program taps 10 to 12 different influencers each month to post organic content about the brand across their respective social media channels. Through Stylehaul, Shiseido also partnered with e-commerce platform MikMak to create a social shopping experience within Instagram and YouTube with said influencers’ content.

In many ways Shiseido’s robust influencer strategy is in response to the growing attention placed on Japanese beauty in the U.S.; it wants to position itself as the authority in the market and stand out from stateside-grown brands with Japanese influence like Tatcha.

“We know there is this interest among consumers for Japanese beauty, and there are very few true brands born and created in Japan, so we had to be ahead with our messaging,” said Tiffani Carter-Thompson, Shiseido Americas’ vp of integrated communications.

“As the anchors and pioneers in authentic Japanese beauty with more than 146 years in existence, Shiseido has been celebrating Japanese beauty around the world,” said Daniel Bruzzone, Shiseido Americas’ svp of marketing. “[We are] working together with key opinion leaders and influencers to bring the best of what Japanese beauty has to offer to all consumers.”

Shiseido’s parent company, Shiseido Group, called out the brand in 2018 fiscal results for driving growth within its prestige category in the U.S., though overall net sales in the region slowed by about 2% year over year. Worldwide, Shiseido Group experienced nearly 9% growth to about $9.8 million.

For the skin-care campaign, specifically, Shiseido took Barfield Brown to Shiseido’s native Tokyo with The Coveteur to create an Instagram-able story that also lived on Shiseido.com and Coveteur.com. Carter-Thompson said the content series was largely promoted via five emails and that The Coveteur saw double the average pageviews to the custom article featuring Barfield Brown. Shiseido’s corresponding paid social campaign, which featured two Instagram videos, as well as Instagram Stories, drove 200% more than the brand’s expected clicks to Shiseido.com. The videos showed a completion rate of over 90%, which was also above the brand’s benchmark. Though Carter-Thompson would not share the exact conversion lift on Shiseido.com, she said it did have a “halo effect” outside of the skin-care products to the entire Shiseido lineup at retailers like Sephora, Macy’s, Nordstrom and Dillard’s.

Given that this campaign was about building brand awareness to 18- to 34-year-olds, Barfield Brown’s appeal was obvious as she is a millennial herself. Her first in-feed post with Shiseido garnered nearly 18,000 likes on Instagram and 287 comments. “As a brand, I used to think Shiseido was more targeted toward my mom’s age, but they have worked hard to refresh and find a way to be modern,” she said. “My followers are very engaged with the content I do with the brand because the products work and it feels real to them.”

Repeat influencer content has been working for Shiseido. According to Tribe Dynamics, the brand’s 2018 second quarter Sun Campaign (which also focused on skin-care) collected nearly $230,000 in earned media value [EMV] for the time period, ranking as one of Shiseido’s top-five hashtags ever. Fourteen of the 43 participating influencers used the tag more than once, proving brand loyalty.

Though Barfield Brown’s contract was indeed a paid program — Shiseido would not disclose the terms — Shiseido is hoping that its influencer programming ties back to true brand authenticity, which was the reasoning for the adjacent Stylehaul program, which features both unpaid and paid influencers.

With Stylehaul, Shiseido has begun working with influencers and beauty vloggers like Jennifer Henry-Novich (who has 163,000 followers on Instagram and nearly 80,000 views on YouTube) and Sam Chuawongse (@saaammage, with 54,000 followers on Instagram and over 63 million views on YouTube). On Instagram, Shiseido’s influencer content has seen an engagement rate of over 38% since mid-February. Through MikMak, the brand has seen a conversion rate of over 230% to Shiseido.com.

While influencer marketing remains dicey for some brands and influencers alike, Shiseido will continue its paid and unpaid approach throughout the rest of the year. It expects to activate with over 100 influencers with Stylehaul and MikMak in 2019.

“We know that seeding and working with content creators by inviting them to events and launches works, because then they organically want to use our products,” said Carter-Thompson. “We see influencers as a necessary media platform that we need for brand awareness and reach.”