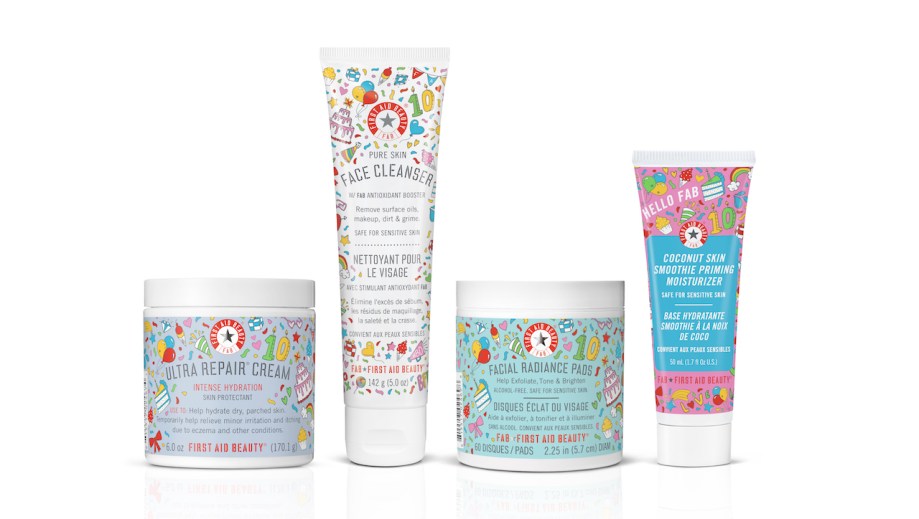 Since its $250 million acquisition by Proctor & Gamble in July 2018, skin-care brand First Aid Beauty has been leaning into experiential marketing and laying the groundwork for its expansion to Asia.

Tied to its recent launches on Tmall, and in Hong Kong shopping centers via Facesss Harbour City and Times Square stores, First Aid Beauty will debut an experiential mobile pop-up outside of Facesss on October 29. First Aid Beauty trialled the pop-up experiment across the U.S. and Canada from June to September. In seven cities, including Nashville, New York City and Toronto, the Feeling FAB pop-up tour only highlighted four of First Aid Beauty’s best-selling products for distressed skin. However, the pop-ups were strategically placed outside of local Sephora stores, so customers could further engage and purchase from the brand.

“We have big plans to bring our brand to Asia, and this is just the beginning of that,” said Lilli Gordon, First Aid Beauty founder. Ten years ago, First Aid Beauty launched with Sephora and QVC, but it now has a larger swath of U.S. distribution through Ulta Beauty stores. In the U.S., Gordon said the brand’s core demographic is women in their mid- 20s to 30s who care about overall “skin health” (the company has a no-no ingredient list of a more than 1,300 ingredients), but she expects that age to dip lower in Asia.

First Aid Beauty has partnered with key opinion leaders, such as Jenn Lam (aka Pumpkim Jenn) and Mandies Kwok for the Facesss-adjacent pop-up, which is centered on sampling the brand’s Ultra Repair Cream. Kerry Eagan, First Aid Beauty CMO, said the product is the company’s most significant recruitment tool. The KOL activation parallels what the company did in the U.S., as it worked with mega-influencers such as Bretman Rock, Kristin Johns and Iris Beilin for the mobile pop-up tour. Prior to P&G, First Aid Beauty’s marketing revolved around digital activations and influencer and consumer sampling. Gordon called the brand’s latest two campaigns its biggest marketing activations, though declined to state the investment.

“We’re a 10-year-old brand, but we have a ton of opportunity to introduce customers to who First Aid Beauty is,” said Eagan. “We have realized some of the digital pushes we have done in the past might need to be shifted. The pop-up trailers were about awareness, but then we layered on the Sephora piece that actually drove customers to convert.” Eagan said that First Aid Beauty will now be focused on larger campaigns versus multiple small campaigns that do not necessarily tie together strategically.

First Aid Beauty’s debut in Asia also includes travel retail partnerships in Hong Kong through Shilla Duty Free, as well as Singapore and Korea in later November. Asia is a natural next step for First Aid Beauty as it’s exhausted large-scale distribution in the U.S., since the brand is very present in Sephora and Ulta.

“We still have great growth in those channels and online, but global distribution was the biggest impetus for selling the brand. I’m not a big company person, but it has gone a lot better than I ever expected,” said Gordon. “The classic story of conglomerates buying indie brands is that they change the formulas of the products, increase the prices and take the zip out of the brand. P&G is absolutely not doing that, and gets that our accessibility and fun personality is why we are who we are and have potential.” Gordon would not disclose annual sales, but said she expects double-digit growth in 2020.

With P&G’s resources, Gordon plans to compete globally with mega-brands like Johnson & Johnson’s Aveeno, Nestle’s Cetaphil and Beiersdorf’s Aquaphor. In step with that, First Aid Beauty will launch a pharmacy-level franchise in December at Sephora.com and FirstAidBeauty.com, followed by a larger store rollout in January 2020.

“These are all companies that were designed to treat all skin,” said Gordon. “We think we can bridge that stigma of doctor-level issues with how fun First Aid Beauty is.”