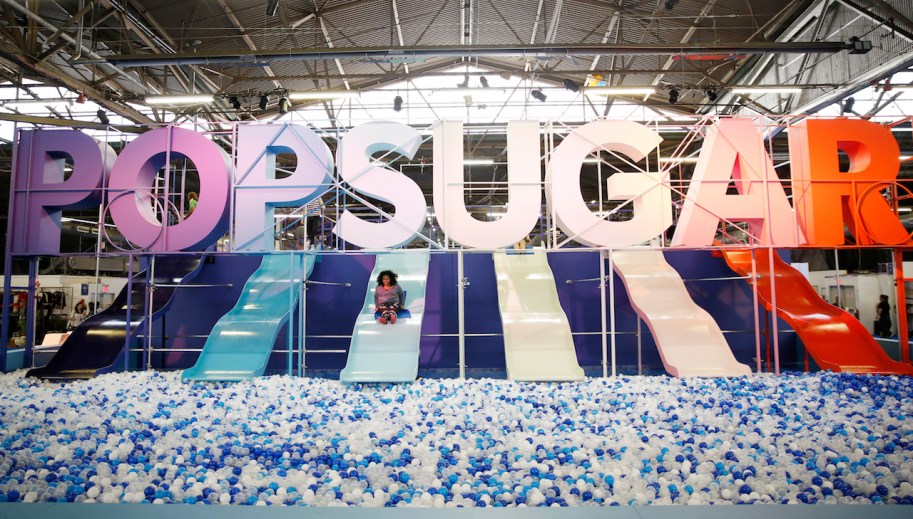 In its second iteration, which hits New York City June 22 and 23, Popsugar PlayGround is making holistic wellness a key focus. First off, Popsugar.com is bringing its Sugar Studio fitness and wellness programming to the festival, with boutique offerings like Tone it Up, The Class by Taryn Toomey and Body by Simone taking to the main stage and leading PlayGround’s expected 15,000 attendees in group wellness activities. Additionally, the media property is partnering with Samsung Galaxy on “Soul Space,” where visitors can participate in workshops and classes focused on spirituality, stress relief, sleep and crystal healing. Brands including Under Armour and Nature’s Way will be activating there.

Popsugar has 250% year-over-year growth in wellness brand partners participating in PlayGround and has seven official wellness festival sponsors, including Samsung. Across all other categories, such as fashion, the festival has seen 78% annual brand partner growth. PlayGround’s sponsorships start at $50,000 for smaller activations and are upward of $1 million for immersive, large-scale experiences, according to Popsugar. Guest tickets, meanwhile, are $65 for a single-day pass, $105 for a two-day experience and $225 for VIP access.

“We believe that mental and physical health are key pillars to positivity and happiness. We saw a huge appetite for wellness last year at Popsugar PlayGround and responded by making it an even larger priority for 2019. Wellness is a core topic on Popsugar; we are the No. 1 wellness source for millennials, and Class FitSugar is the No. 1 workout class online. Leaning into our authority in the space and having our take on wellness come to life at PlayGround made sense,” said Lisa Sugar, founder and president of Popsugar.

According to Comscore, as of April, Popsugar.com’s audience was nearly 34 million. Its total reach across all platforms is 300 million a month. Fitness/wellness and beauty are its largest verticals and strongest audience drivers, said Geoff Schiller, Popsugar chief revenue officer.

“PlayGround is not a Instagram museum — it is designed to be an experience where guests can spend morning, noon and night,” said Schiller. He noted that, on average, attendees walked over 3.7 miles at the event’s venue, Pier 94, which is a 90,000-square-foot space, in 2018. Still, Popsugar PlayGround did create social buzz: It drew over 2 billion earned media impressions and over 3,500 Instagram posts from festival-goers in 2018.

This year, PlayGround will also debut its first Beauty Carnival, which is part shop and part experience. Partners include Physicians Formula and Nair.

Though wellness experiences have been present at SXSW and Beautycon already this year, Popsugar’s play is about inclusion, said Schiller. This is despite the perception that wellness is for the 1%.

“Above all, PlayGround is about relatability. That is not to say that In Goop Health isn’t, but our brand is about being welcoming and accessible,” said Schiller. “We aren’t showing $7,000 facials that only three people can afford, even though that may be amazing. We want people to feel good and not feel like they need more money or have access to a certain doctor. PlayGround is grounded in reality.”

Aside from the ramp-up of PlayGround, Popsugar has been savvy about diversifying its revenue stream in the last year and a half, from being a pure media player. In March 2018, it debuted Beauty by Popsugar with Bonafide Beauty Lab at Ulta, Ulta.com and BeautyByPopSugar.com. It is also now sold at Kohl’s. Following that expansion, Popsugar inked a licensing deal for apparel, also with Kohl’s, in September 2018.

The scale and access of Popsugar and PlayGround, specifically, was the draw for Samsung. Within the brand’s “Soul Space,” guests will experience the Samsung Galaxy Watch Active in tandem with an acupuncture session or a yoga class.

“This is the largest festival in the country specifically focused on self-care for women,” said Alanna Cotton, svp of mobile computing and enhancements at Samsung Electronics America. “It’s a two-day event with long-lasting impact. One in two millennial women interacts with Popsugar on a daily basis. It gives us a great opportunity to bring the benefits of the Galaxy Watch Active to life in a fun, creative way that not only resonates with guests, but also gives them a chance to experience wearables designed for balanced and connected living.” Samsung would not disclose its investment in PlayGround.

South Korean beauty and cosmetics company Amorepacific will make its first appearance at PlayGround, in a festival sponsorship capacity, as well. It was driven by Popsugar’s beauty and lifestyle focus. (Amorepacific would not detail its investment in the festival.) Amorepacific’s Mamonde and Laneige will be present at Playground, as will Primera, which is making its U.S. debut outside of South Korea this weekend. Primera is launching at Sephora.com on June 25 with a store roll-out in the the fall.

“When I attended PlayGround as a guest last year, it was balanced,” said Jessica Hanson, president and gm of Amorepacific. “It was not just about beauty. There is a time and a place for talking to the beauty minority, which are people who know what they love and use already and want newness. But the beauty majority is not as involved with brands that way. We saw an opportunity for consumers to get to know us in a calmer, more real setting.”