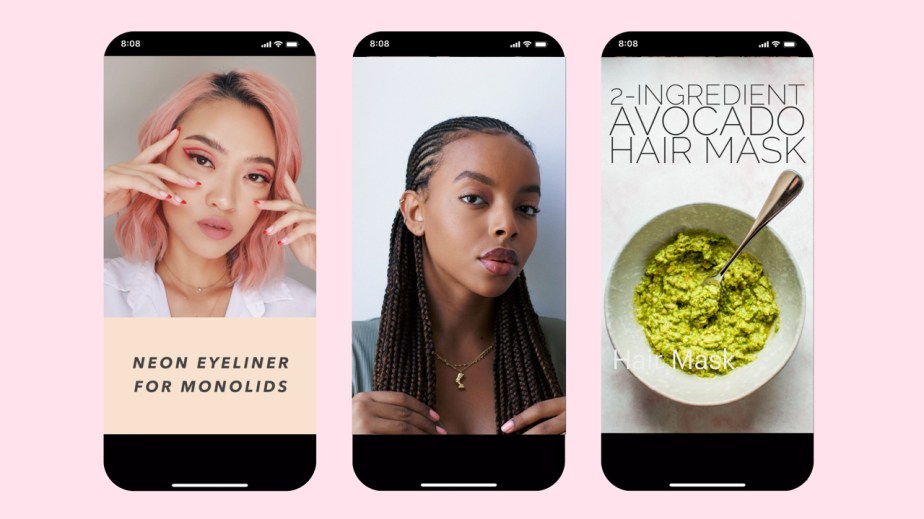 Long the go-to for wedding and home decor mood boards, Pinterest is rolling out a set of features that tap into the power of influencers.

On Wednesday, Pinterest launched a group of “creator-first” functions, including new “Story Pins” with Instagram Stories-esque multi-panel videos or photos. In contrast to Instagram’s and Snapchat’s versions, Pinterest’s Story Pins live on the platform among its other content — and unlike other platforms, these stories do not expire. In order to make the platform more influencer-centered and align with competitors, Pinterest is also rolling out new creator profiles with messaging capabilities in the style of Instagram and TikTok. An updated analytics hub for influencers to track performance will be available.

According to Temple, the new features fit in with Pinterest’s focus on “positive content,” which the platform uses to differentiate itself from other platforms such as Facebook, YouTube and increasingly Instagram. The latter have faced mounting criticism over contributing to conspiracy theories and hate speech.

“[Our] product mechanics lend themselves to a very different sort of environment than the social networks,” said Temple. “For instance, the social networks — because they reward engaging content, it leads to, frankly, politically divisive content.” This issue has gained widespread attention over the past few weeks from the Netflix documentary “The Social Dilemma.” Pinterest currently bans political ads, while search terms that coincide with misinformation are regulated. “Qanon” is blocked, while “vaccination” is limited to posts by internationally recognized health organizations.

As part of this round of updates, Pinterest is also adding “like button”-style engagement options for users, offering a range of positive reactions for videos and Story Pins, such as “wow” and “thanks.”

“We want to be deliberate and thoughtful with the growth” of the Story Pins, said Temple, noting that a choice to keep the Story Pin feature invitation was to “ensure that Pinterest remain positive, inclusive and inspirational.”

The platform’s curated positivity helps to attract brands to the platform, as beauty labels have been increasingly investing marketing spend on Pinterest and selling through its e-commerce feature. Brands currently do not have access to Story Pins directly, but can partner with influencers who have the feature. Advertising options currently open to brands include photo and video ads.

Among the initial invite-only list of influencers selected to try out the feature are many in beauty and fashion. Temple did not share the exact number of creators with access to Story Pins, but noted that Pinterest is starting with a “pretty small set of people.” In a press event, the platform highlighted Story Pins by Shiquita Hyman featuring a beauty tutorial with makeup by Black-owned brands.

“I am able to create my content within the platform, whereas previously I would not have done that. I would have used an outside source,” said Hyman, who has had access to the beta Story Pin tool for a month and a half. “I’m able to open up the Story Pin camera and start recording, and create within that platform.”

The Story Pins are a format that resonates with a video-obsessed Gen-Z audience used to Snapchat and Instagram Stories. According to Pinterest, the Gen-Z users of the platform have increased by 50% year-over-year since June 2020. This has risen along with the use of video, which has grown 240% year-over-year.

Beauty, which has thrived on other social platforms thanks to influencers, is categorized as one of Pinterest’s “core verticals,” along with food, fashion and home, said Temple. A 2020 beauty trends report by Pinterest found that natural and male beauty are especially trending on the platform. Searches for the term “natural makeup videos” increased 62% in June, while the phrase “natural hairstyle for Black women” had 28-fold growth. Men’s searches for “creative makeup looks” saw a seven-fold increase, and “healthy skin care” saw a nine-fold increase.